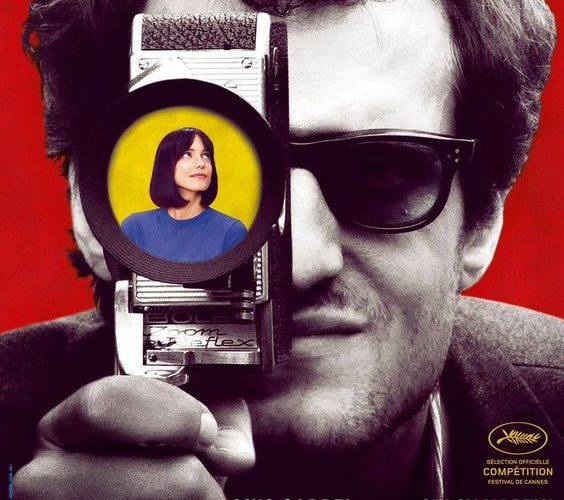 It’s more Pastiche du Godard than Histoire(s) du Godard in Michel Hazanavicius’ Godard Mon Amour and that’s not a bad thing. The director’s slight but surprisingly playful account of nouvelle vague maestro Jean-Luc Godard’s marriage to actress Anne Wiazemsky and his re-radicalization in the late 1960s has the potential to infuriate the more devout of Godard followers but there is plenty of good-hearted goading and creative homage to savor for the less pedantic fan.

Honing in on a tumultuous time for Godard and his adoptive France, Hazanavicius charts the relationship between him and Wiazemsky from beginning — on the set of his 1967 film La Chinoise — to end, taking in the 1968 protests and subsequent student movement (“I like the movement, not the students,” he later exclaims) as well as Godard’s own abstract departures from his previous filmmaking methods. It marks a welcome return for the director (Michel that is), who began his career making frothy spy flicks before finding surprise acclaim with The Artist in 2011. He followed that up with an ill-conceived film about the refugee crisis (The Search) but Godard Mon Amour finds him comfortably back in familiar waters.

Lead actor Louis Garrel does a wonderful job harnessing the various contradictions of the man as well as his reluctant cosmopolitanism and barbed charms. He is as effective in his casual seduction of young Wiazemsky (an overly objectified Stacy Martin) in the opening exchanges (even as he compares her to the titular nuclear submarine from which the film gets its title) as he is in his bitter retreat away from the spotlight. After finishing La Chinoise the couple begin to immerse themselves more and more with the radicals in Paris. Godard is thrilled at first to be living out his revolutionary fantasies, but soon learns that his idea of radicalism might already be worn out. His near desperate attempts to reprogram himself damage both his creativity and his romantic life.

The director is said to have fallen out of love with cinema at that particular time and the film does well to suggest that this disillusionment was rooted in the fact that, just seven years on from À Bout de Soufflé, he no longer represented the youth but the establishment, a half-truth he sourly despised. Fans are constantly approaching him to shake his hand but always go on to request that he go back to making his older funnier stuff (a bit like Woody Allen’s character in Stardust Memories). He says that artists should die at 35 and later states that he’s sick of making films to entertain the middle classes.Godard Mon Amour allows the viewer to understand the man’s frustrations and accept his reactions.

It is in essence a pastiche though, and Hazanavicius and his production team go to pleasing lengths to mimic the maestro’s various visual signatures: futura intertitles appear on screen; political slogans are plastered on backdrop walls; the characters are never far from a yellow sweater, red ashtray or blue lampshade. The camera angles are spot on; nouvelle vague editing is applied to the image and audio; the whole thing looks like it was shot in glorious Codachrome.

What can one say? If the idea of this project doesn’t sound heretical, then you will probably enjoy its modest charms. Alternatively, there are over six decades worth of Godard movies to watch instead.

Godard Mon Amour premiered at the Cannes Film Festival and opens on April 20. See our coverage below.