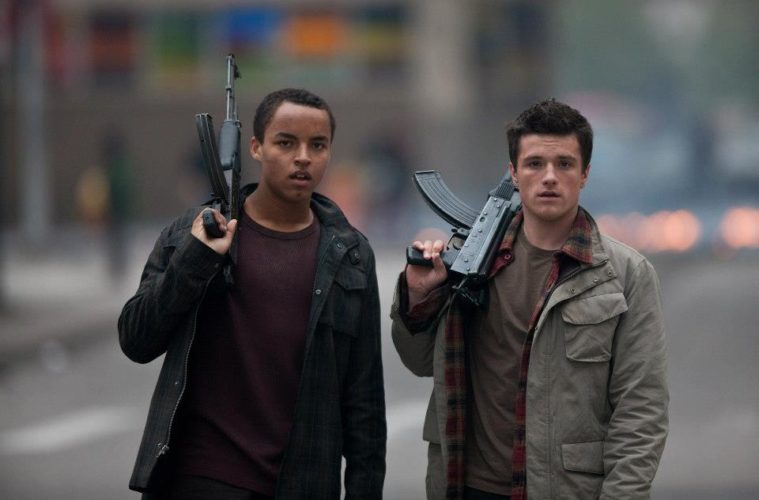 In a fall of highly-anticipated features, one has to feel a bit bad for the remake Red Dawn. Already delayed to MGM’s financial struggles, the film has received a tepid response after its Fantastic Fest debut and now Dan Bradley‘s debut is trudging into theaters this Thanksgiving alongside some of the major heavyweights. Perhaps it will be a case of solid alternate programming, but it’s not looking too promising for the film.

And with a trailer being billed as “patriotic,” the marketing team surely isn’t raising hopes. For what should be a fun, dumb time, FilmDistrict is selling it as something more with this new look. Will it work? Check out the new trailer below, along with a featurette and new poster for the film starring Chris Hemsworth, Josh Peck, Josh Hutcherson, Adrianne Palicki, Isabel Lucas, Connor Cruise and Jeffrey Dean Morgan.