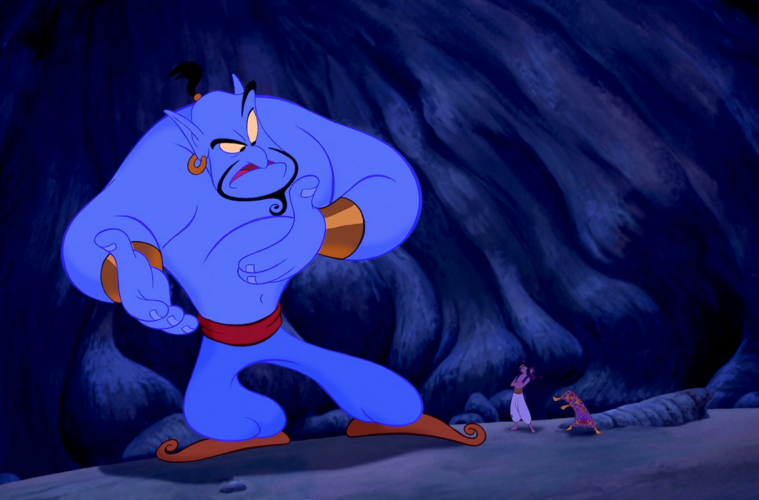 Recommended Discs & Deals of the Week: ‘Matchstick Men,’ ‘The Brood,’ ‘Aladdin,’ and More

The first film I recall seeing in a theater, Aladdin was certainly a formative moviegoing experience, and having recently revisited it over the summer, it still wonderfully holds up. Now coming to Blu-ray, Disney’s remastered edition includes a wealth of extra, topped by a nine-minute reel of Robin Williams outtakes, coming to life with storyboards. Also including a pair of audio commentaries, a featurette on the Broadway adaptation, and more, it’s an essential pick-up. – Jordan R.

A disturbed woman is receiving a radical form of psychotherapy at a remote, mysterious institute. Meanwhile, her five-year-old daughter, under the care of her estranged husband, is being terrorized by a group of demonic beings. How these two story lines connect is the shocking and grotesque secret of this bloody tale of monstrous parenthood from David Cronenberg, starring Oliver Reed and Samantha Eggar. With its combination of psychological and body horror, The Brood laid the groundwork for many of the director’s films to come, but it stands on its own as a personal, singularly scary vision. – Criterion.com

Dope opens with a sense of energy proclaiming that writer-director Rick Famuyiwa has something to say, and he’s going to do it in his own particular way. Difficult to quantify, the Sundance drama is many things: a love letter to the 1990’s era of style and hip-hop, a coming-of-age story, a crime drama, a romance, an examination of social media, and an offbeat comedy. While some of these strands don’t entirely excel, Dope is often a refreshingly lively and passionate work of filmmaking. – Jordan R. (full review)

With the arrival of The Martian, many have called it the best Ridley Scott film since _______, going back a decade or more in their choice to show his supposed recent rut. While I’d disagree and fill in the blank with The Counselor, many have named Matchstick Men, and for good reason. Now finally arriving on Blu-ray, the release of the character-focused con man comedy starring Nicolas Cage and Sam Rockwell features a Ridley Scott commentary and a behind-the-scenes documentary. – Jordan R.

It’s unfortunate we’ve gone half-a-decade since a new Peter Weir movie with no movement on the horizon. A director who seems to tackle a new challenge with every project, if you have yet to catch up with his work, it coms with a high recommendation. One of his best dramas, the Harrison Ford-led Witness, gets the Blu-ray treatment this week although sadly with no extras. Set in the Amish country of Pennsylvania as we follow a boy (a young Lukas Haas) who sees a murder and Ford’s character is put on the case, it’s a tense crime drama. – Jordan R.