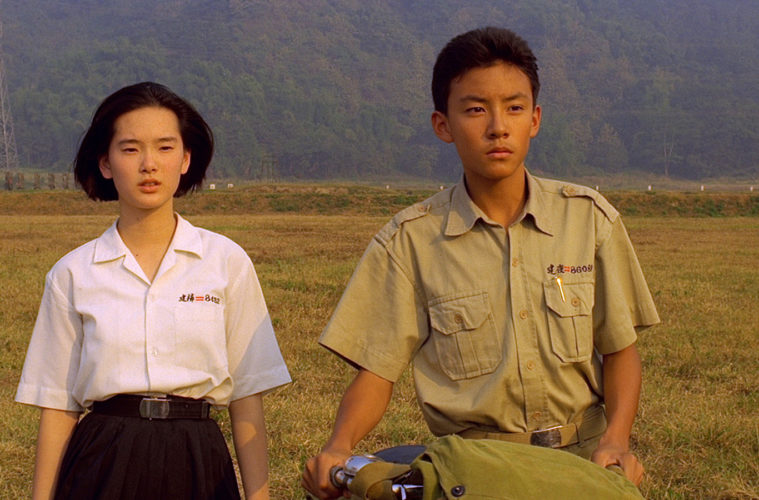 Recommended Discs & Deals of the Week: ‘A Brighter Summer Day,’ ‘Freaks and Geeks,’ ‘Undertow,’ and More

One of the most-requested Criterion releases finally arrives today. Edward Yang‘s four-hour coming-of-age/crime drama A Brighter Summer Day is now beautifully restored in 4K for one of the most essential Blu-rays of the year. Having recently had the chance to see it in a theatrical setting (for the first time), I was enthralled by the experience, as if genuinely getting wrapped up in a great novel, peppered with countless details that I look forward to revisiting. The release comes with audio commentary from Tony Rayns, an interview with Chen Chang, a feature-length documentary on New Taiwan Cinema, and more. – Jordan R.

Finally coming to Blu-ray, Paul Feig and Judd Apatow‘s short-lived, but monumental (if not just for launching the career of many of its stars) show Freaks and Geeks a must-watch. Featuring all 18 episodes in both the original aspect ratio of 1:33:1 and widescreen ratio of 1.78:1, it also comes with a mountain of extras (some of which were on the DVD), including a talk with Feig and Apatow, 28 different commentaries, deleted scenes, audition footage, outtakes and bloopers from each episode, and more. – Jordan R.

Fitting more ideas into 80-or-so minutes than many films could even hope in twice that runtime, Patricio Guzmán’s The Pearl Button is alternately dense and breezy, an examination of the most common pieces of existence — from water to crime to pontificating the possibilities of outer space — that doesn’t pretend to have the answers. Guzmán instead “settles” for a mix and match of visual and aural materials, at once creating a unified vision of a world out of order while hoping (even reaching) for something better in the cosmos. What can be learned is up to you. – Nick N.

Following the death of his wife, John Munn (Dermot Mulroney) moves to Georgia with his two sons Chris (Jamie Bell) and Tim (Devon Alan) in hopes of making a new start for his family. Once there, rebellious Chris finds a kindred spirit in his Uncle Deel (Josh Lucas), who recently left prison and still holds a grudge against his brother for marrying the woman he loved. Resentments soon boil over with tragic consequences sending Uncle Deel in hot pursuit of his fleeing nephews in the dramatic thriller Undertow. – Olive Films

Top Deal: Inside Llewyn Davis, Moonrise Kingdom, The Game, Mulholland Dr., In the Mood for Love, and more Criterion Blu-rays are 45% off.