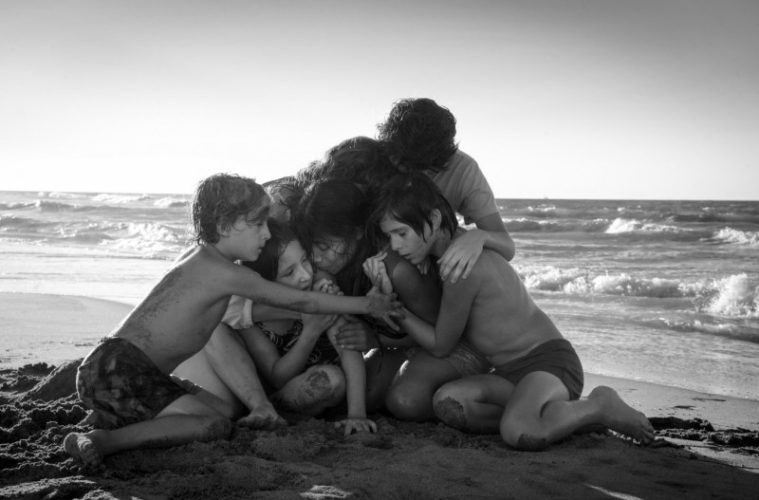 New to Streaming: ‘Roma,’ ‘The House That Jack Built,’ ‘Cocote,’ ‘A Simple Favor,’ and More

Fans of fierce, challenging indigenous cinema rejoice. It’s not every day that you see a film from and depicting the life in the Dominican Republic, let alone one as intriguing as Cocote. Writer/director De Los Santos Arias’ feature debut shines a light on an underrepresented part of the world and casts a truly outlandish spell that confounds and overwhelms. Fair warning: sheer cultural divide would most likely prevent a deeper appreciation of the film, but the authenticity and intensity of its voice alone proves excitingly – if also gruelingly – memorable. – Zhuo-Ning Su (full review)

Ryusuke Hamaguchi’s new film Asako I & II was one of the highlights of New York Film Festival this past fall, a romance unlike any I’ve seen in recent years, with a distinctly unique directorial eye. Since watching, I’ve been eager to see out the Japanese director’s prior film, the 5-hour Happy Hour, and now the opportunity is available courtesy of MUBI. The acclaimed drama, which got a release in Japan in 2015, follows the lives of four woman, and each performer shared a Best Actress prize at Locarno Film Festival. – Jordan R.

Long before “Galang” and “Paper Planes,” and prior to her Oscar nomination and universal fame, there was a time M.I.A. was Mathangi Arulpragasam, the daughter of Tamil refugees who fled conflict-stricken Sri Lanka to settle in 1980s England. More an account of her origins than a stylized tour documentary, Matangi/Maya/M.I.A. draws from over 700 hours of footage M.I.A. personally recorded at different stages of her career to offer an intimate pre- and-post-stardom bio-doc that feels just as magnetic as the artist it brings and dissects on screen. – Leonardo G. (full review)

Roma is comprised of a series of richly detailed vignettes, shot in deep-focus, in which the viewer can glance around, pluck out the most vibrant signs of life and thus string the narrative together. Despite the echoes of Fellini, the result feels almost new in a way and given the immersive nature of Roma it doesn’t seem so radical to consider experiencing its cinematic beauty with a clunky headset on. Granted, it’s rather hackneyed to use a term like “immersive” in film criticism these days, but we should note that Cuarón may be chief amongst those responsible for its ubiquity in film marketing. – Rory O. (full review)

While I don’t quite grasp the effervescent praise for Paul Feig’s mystery-romance-thriller upon its September release, A Simple Favor is at least worth seeing for Blake Lively’s memorable supporting performance. A Gone Girl-esque riff that lovingly parodies bargain bin page-turners, there’s indeed a twist about every minute here, and although it gets exhausting by the end, Feig’s enjoyment with the material certainly comes across. – Jordan R.

A Touch of Sin (Jia Zhangke)

Jia Zhangke’s films often depict an easy overlap between politics and pop culture, whether it be the entertainers of Platform or The World, or the seeming overabundance of accessibility in Unknown Pleasures. This certainly holds true for A Touch of Sin, which — while loosely based on four real stories of violence fuelled by capitalism in contemporary China — plays with the tropes of past popular cinema as many characters come to embody modern Wuxia knights, the brandishing of Zhao Tao’s knife easily recalling the heightened sword strokes of King Hu. But as a public opera of one these classic Wuxia stories directly poses at the end, “Do you understand your sin?” As easy as it may sometimes prove to cheer on these acts of violence, every one comes with their own set of repercussions. – Ethan V.

Before I Fall (review)