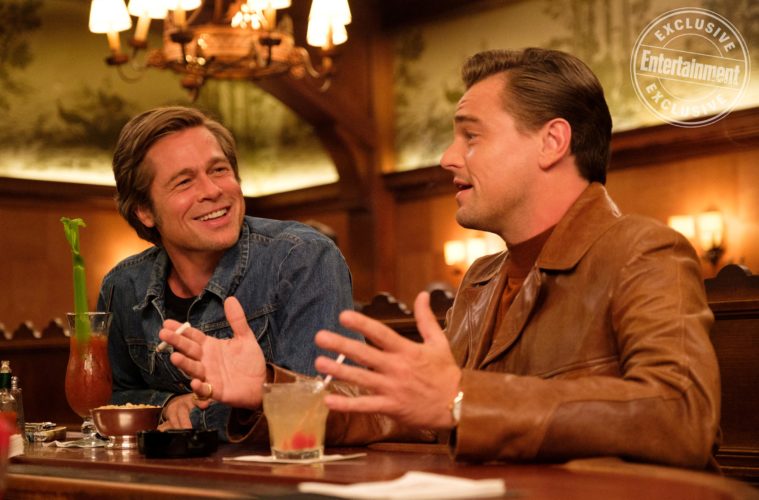 After some hestitation if Quentin Tarantino would finish Once Upon a Time in Hollywood in time for a Cannes premiere, the festival announced today that his 1969-set film would officially be ready to have its world bow there. Set to screen in 35mm, it clocks in at 2 hours and 45 minutes, but it’s not the longest film added to the competition line-up. The festival will also premiere Abdellatif Kechiche’s sequel Mektoub, My Love: Intermezzo, which runs a whopping four hours.

It’s also not the only Tarantino update we got this week. Speaking to /Film about his re-edited Netflix version of The Hateful Eight, he revealed that his rumored director’s cut of the Django Unchained is a reality and it’s coming sooner than we thought. “I’ve actually cut a director’s cut of Django. That’s about like three hours and 15 minutes, or three hours and 20 minutes, something like that. That’s one I wouldn’t do as a miniseries, because it would just be better [as a movie],” he said. “I thought about that idea, but that would just work better as one movie. Just a longer one as far as I was concerned. So I’ve actually done that. We’re just kind of waiting some time after Once Upon A Time in Hollywood, and we’ll release that eventually.”

Check out Thierry Frémaux’s comments below, along with more additions, including new films from Gaspar Noé, Gael García Bernal, Patricio Guzmán, and more.

“We were afraid the film would not be ready, as it wouldn’t be ready until late July, but Quentin Tarantino, who has not left the editing room in four months, is a real, loyal and punctual child of Cannes! Like for Inglourious Basterds, he’ll definitely be there – 25 years after the Palme d’or for Pulp Fiction – with a finished film screened in 35mm and his cast in tow (Leonardo DiCaprio, Margot Robbie, Brad Pitt). His film is a love letter to the Hollywood of his childhood, a rock music tour of 1969, and an ode to cinema as a whole.

In addition to thanking Quentin and his crew for spending days and nights in the editing room, the Festival wants to give special thanks to the teams at Sony Pictures, who made all of this possible.”

“I saw the film last Thursday, as it was still being edited, and definitely right in the middle of edits! But it is going to be finished and the director says it will be four hours long. And screened at the end of the Festival so the DCP has time to get there. French-Tunisian director Abdellatif Kechiche returns to Cannes with the Intermezzo of Mektoub, My Love, six years after his Palme d’or with La Vie d’Adèle (Blue Is the Warmest Color). The groundwork for this saga storytelling and extraordinary portrait of French youth in the 90s was laid in his Canto Uno, and it will be a pleasure to see its cast again.”

“Two actresses, Béatrice Dalle and Charlotte Gainsbourg, are on a film set telling stories about witches – but that’s not all. Lux Æterna is also an essay on cinema, the love of film, and on-set hysterics. It’s a brilliant fast-paced medium-length film for Gaspar Noé’s return – an unexpected one until recently – to the Official Selection, for a film that the Selection Committee watched at the last minute and which will be shown in a Midnight Screening as hyped as it is mysterious.”

“Adapted from Dino Buzzati’s children’s book, this animated film by illustrator and comic book author Lorenzo Mattotti is a visual extravaganza, whose graphic ingenuity and colour work will delight much wider audiences than the fans of the Italian master. With Italian voices by Toni Servillo, Antonio Albanese, and Andrea Camilleri, and French voices by Leïla Bekthi, Arthur Dupont, and Jean-Claude Carrière. Like the other Un Certain Regard film in animation Les Hirondelles de Kaboul (The Swallows of Kabul) by Zabou Breitman and Eléa Gobbé-Mevellec, La famosa invasione degli orsi in Sicilia will also be competing next June at the acclaimed Annecy International Animated Film Festival.”

“Russian filmmaker Larissa Sadilova, who already directed six features, hadn’t shot a film in several years. She is back with this “chronicle from the village of Troubtchevsk”, evoking the feelings of love in the contemporary Russian countryside, shooting characters played by her formidable actors with refined direction and a gentle eye. Women aspirations, their patience, the courage that has to be displayed towards an always illusory emancipation, desire, frustration, and a certain sense of immemorial fatalism are all examined, acutely and without weight. It will be the first time the Festival de Cannes welcomes Larissa Sadilova.”

“A full-fledged member of Mexico’s exceptionally talented generation, a first-rate actor in films by Iñárritu and Cuarón, Gael García Bernal, along with Diego Luna, is a devotee of Cannes, where he was on the Jury in 2014. Chicuarotes is the actor’s second feature film where he takes a deep dive into Mexican society with a story about teenagers that is an affectionate portrayal, continuing in Mexican cinema’s tradition to pay homage to its eternal country, film after film.”

“Patricio Guzmán left Chile more than 40 years ago when the military dictatorship took over the democratically-elected government, but he never stopped thinking about a country, a culture, and a place on the map that he never forgot. After covering the North in Nostalgia for the Light and the South in The Pearl Button, his shots get up-close with what he calls “the vast revealing backbone of Chile’s past and recent history.” La Cordillera de los sueños is a visual poem, an historical inquiry, a cinematographic essay, and magnificent personal exercise in soul-searching.”

“In 2007, Leila Conners screened The 11th Hour at Cannes, a hard-hitting documentary about climate change produced by Leonardo DiCaprio. The Festival screens conflict documentaries as part of a strong and proud tradition, like it also did with An Inconvenient Truth by Davis Guggenheim, which won an Oscar and earned Al Gore a Nobel Peace Prize. Twelve years later as the alarm bells are still multiplying all around the world (and more!), Leila Conners and Leonardo DiCaprio teamed up again on the same topic to make a film with an eloquent title: Ice on Fire. ”

“In the 1980s, only a number and letter were used to designate a ward at San Francisco General Hospital, the first in the country to treat patients with AIDS. While a portion of society saw these patients as pariahs, the male and female caregivers in 5B chose a different route. This film is their story.

Directed by Dan Krauss, 5B is a film about a past that questions our present. It will be distributed in the United States, all around the world, and in France, which in October will be hosting the world conference for all fund-raisers donating money over the next three years to fight HIV, tuberculosis, and malaria. U2 singer Bono has been a fervent champion of the cause – and of this film, which he will be coming to Cannes to support.”