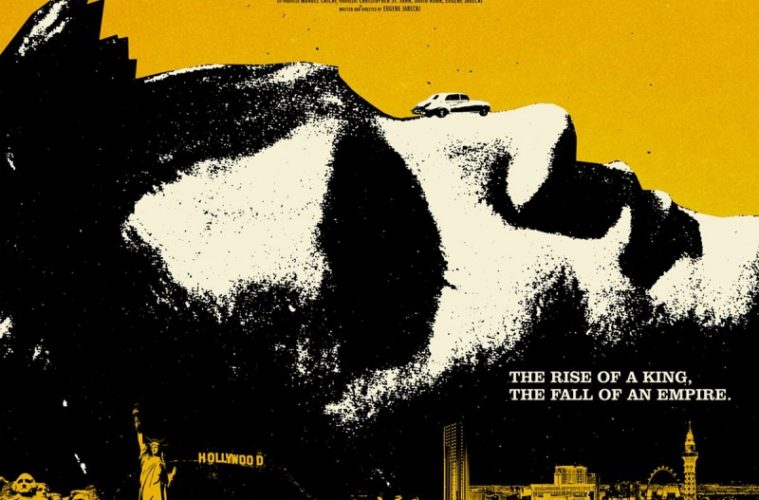 Cannes Review: ‘The King’ Links the Death of the American Dream with Elvis Presley

Editor’s Note: Promised Land has been retitled The King for its U.S. release. See our review below.

A title like Promised Land can be appreciated for its duality: primarily meaning a land of promise but also, in another sense, a land that was promised. We’re talking about the United States of course, or rather filmmaker Eugene Jarecki is in his latest documentary. It’s an abstract road movie, fueled on disillusionment and rock and roll, and one that attempts the quite ambitious task of sketching out a narrative line to link the rise and decline of the nation with the rise and decline of Elvis Presley. If Jarecki struggles a little with this alchemy at times it is because Promised Land is essentially three movies in one: a detailed account of the King’s career; a loose account of the last 80 years of American politics; and a musical performance film. It can be a little jarring to shift between those gears but the director has form with this kind of sprawling state of the nation documentary (as seen with The House I Live in) and manages to keep things running along smoothly.

Smoother, perhaps, than the slick, kitted out 1963 Rolls Royce Phantom V that Elvis bought in his heyday, the exact car that the director borrows in order to follow the milestones of Presley’s life. From his earliest days in Tupelo Mississippi to finding his spiritual home in Memphis; to his days as Movie Star Elvis in LA; and, ultimately, as overweight sequenced Elvis in Las Vegas. Jarecki effectively but slightly crudely contrasts the hopeful America (as it was for the white middle class) of Presley’s early years with the lives of the present day people he finds in the American heartlands, a demographic that has been largely disenfranchised by the fundamental political shift in the United States during that time. The sad central joke of the film is that the USA has already reached Las Vegas Elvis mode; bloated, glutinous and on the brink of death. A tenuous link, perhaps, but no less powerful for it. The Dream, as it once was, is dead.

This is clarified by the time the filmmaker reaches Memphis, a city where 29% of the population now live below the poverty line but a place that once thrived, a melting pot of culture during the middle of the last century. It’s here that Elvis soaked up the blues, sped it up a bit and sold it the way a black singer could not. He had the looks, it seemed, but more importantly the skin tone. Public Enemy’s Chuck D is on hand to drive the point home and the film is never more provocative about its subject matter than it is in these moments.

Similarly controversial in the King’s career was his conscription to the Army and this time period provides Jarecki with yet another chance to shed light on this relationship with the black community, not least for the fact that — at the same time — Muhammad Ali was sacrificing his career and his freedom to protest his conscription to the Vietnam War. The feeling is that Elvis could have done even more than Ali for the civil rights movement had he showed even the slightest shred of solidarity with those people whose music he is alleged to have appropriated. Elvis went to the Army as James Dean, one interviewee says, but came back as John Wayne.

The director’s cause is certainly not hurt by the fact that he appears to have a lot of very interesting friends, many of whom even hop in the backseat of the Rolls to play a tune or offer their two cents. Alec Baldwin discusses the dangers of balancing a career with political and social activism; Emmylou Harris and many other musicians talk about his influence as an artist; Ashton Kutcher (yes, that Ashton Kutcher) offers a remarkably candid allegory on how fame can often take no heed of talent. Military servicemen, political analysts, and Mike Myers pop up to fill in the gaps.

Filmed from around the time of the Democratic primaries all the way up until the inauguration earlier this year, the respective campaigns of Donald Trump, Hillary Clinton, and Bernie Sanders offer an all-too-familiar backdrop to the story, inevitably providing this fine, impassioned documentary with a morbidly fitting finale.

The King premiered at the Cannes Film Festival and opens on June 22. See our coverage below.