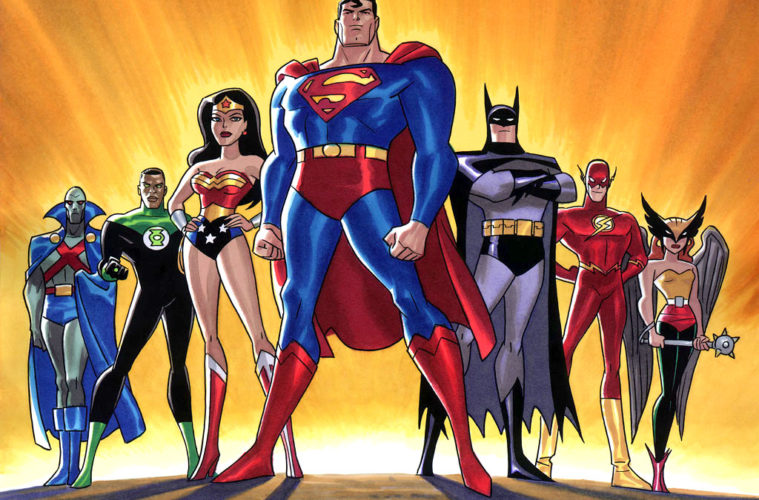 Following the success of The Avengers last summer, we know that Warner Bros. is developing their answer to the superhero extravaganza with DC’s Justice League. Unfortunately, aside from Gangster Squad‘s Will Beall scripting, that’s about all that’s been confirmed. We’ve heard rumors of a 2015 release date, a potential villain and even Joseph Gordon-Levitt perhaps taking up a major role in the form of Batman, but now more possibilities have sprung up thanks to a rumor at Cosmic Book News. After previously breaking some news, they report the potential character line-up.

We’ve got the previously rumored villain Darkseid, as well as a link with Man of Steel characters, along with the regular gang of Superman, Batman, Wonder Woman, Green Lantern and Flash. Also included are Aquaman (hopefully James Cameron is involved in some capacity) and Martian Manhunter, and we can expect WB to be hard at work filling a majority of these roles for what’s shaping up to be one of their biggest tentpoles. As we await confirmation, check out the full line-up below, along with provided descriptions.

• Superman is essentially the same character from Man of Steel, and Zack Snyder is consulting regarding the writing of the character.
• Batman: The strategist of the group. Batman doesn’t really want to be involved with these super powered beings he considers too powerful. Easily the most complex written.
• Wonder Woman: She has only been in man’s world a few short months. The Wonder Woman script Michael Goldenberg is developing will be set before the Justice League movie.
• Green Lantern: Will be Ryan Reynold’s character from the Green Lantern movie, but will be freshly written with a more serious tone.
• Flash: The most popular hero in civilian eyes who loves media attention, but when called upon is very serious.
• Martian Manhunter: Alien who has lived on Earth in secret for over a hundred years who has knowledge of Darkseid and his reign.
• Aquaman: Will be the King of Atlantis who has a key role in the film.
• There will also be a heavy military presence in the film which in future rewrites could include characters featured in Man of Steel or even Amanda Waller (Angela Bassett) of which neither are included in the first draft.
• Alfred Pennyworth is in the film in a minor appearance.
• Lois Lane is also in the film in a cameo.
• Darkseid’s Elite will be featured who go up against the Justice League early on in the film.

What do you think about the potential line-up?