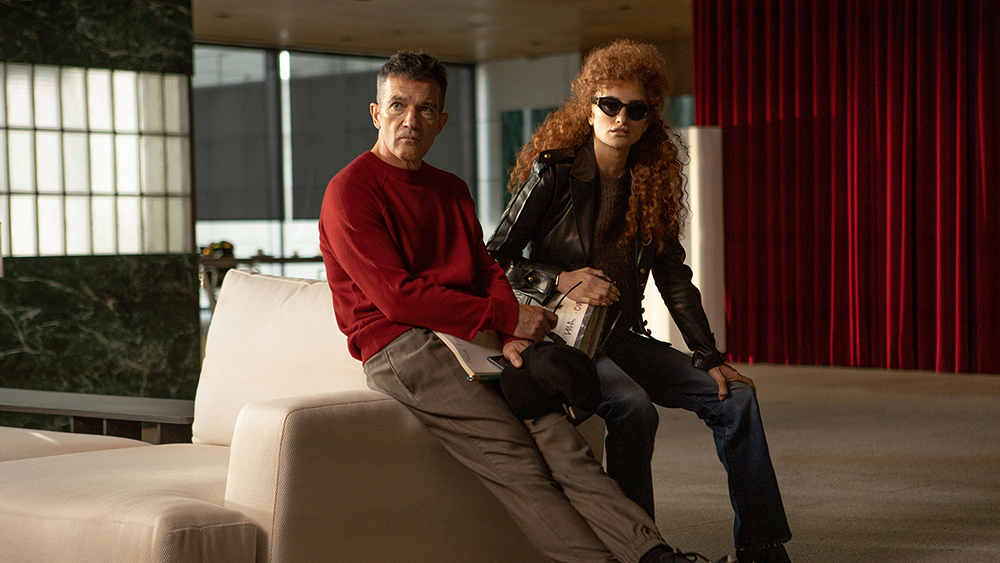 Poking fun at an industry they know quite well, Almodóvar favorites and renowned international legends in their own right, Penélope Cruz and Antonio Banderas’ latest collaboration finds them skewering the film industry. The trailer for Official Competition, fittingly debuting around the time the Cannes Film Festival revealed theirs, has now arrived ahead of a June release from IFC Films.

Directed by Mariano Cohn and Gastón Duprat, here’s the synopsis for the film that premiered at Venice last fall: “When a billionaire entrepreneur impulsively decides to create an iconic movie, he demands the best. Renowned filmmaker Lola Cuevas (Penélope Cruz) is recruited to mastermind this ambitious endeavour. Completing the all-star team are two actors with enormous talent but even bigger egos: Hollywood heartthrob Félix Rivero (Antonio Banderas) and radical theatre actor Iván Torres (Oscar Martínez). Both are legends, but not exactly best friends. Through a series of increasingly eccentric trials set by Lola, Félix and Iván must confront not only each other, but also their own legacies. Who will be left when the cameras finally start rolling?”

Official Competition opens on June 17 in theaters and on VOD on August 2.