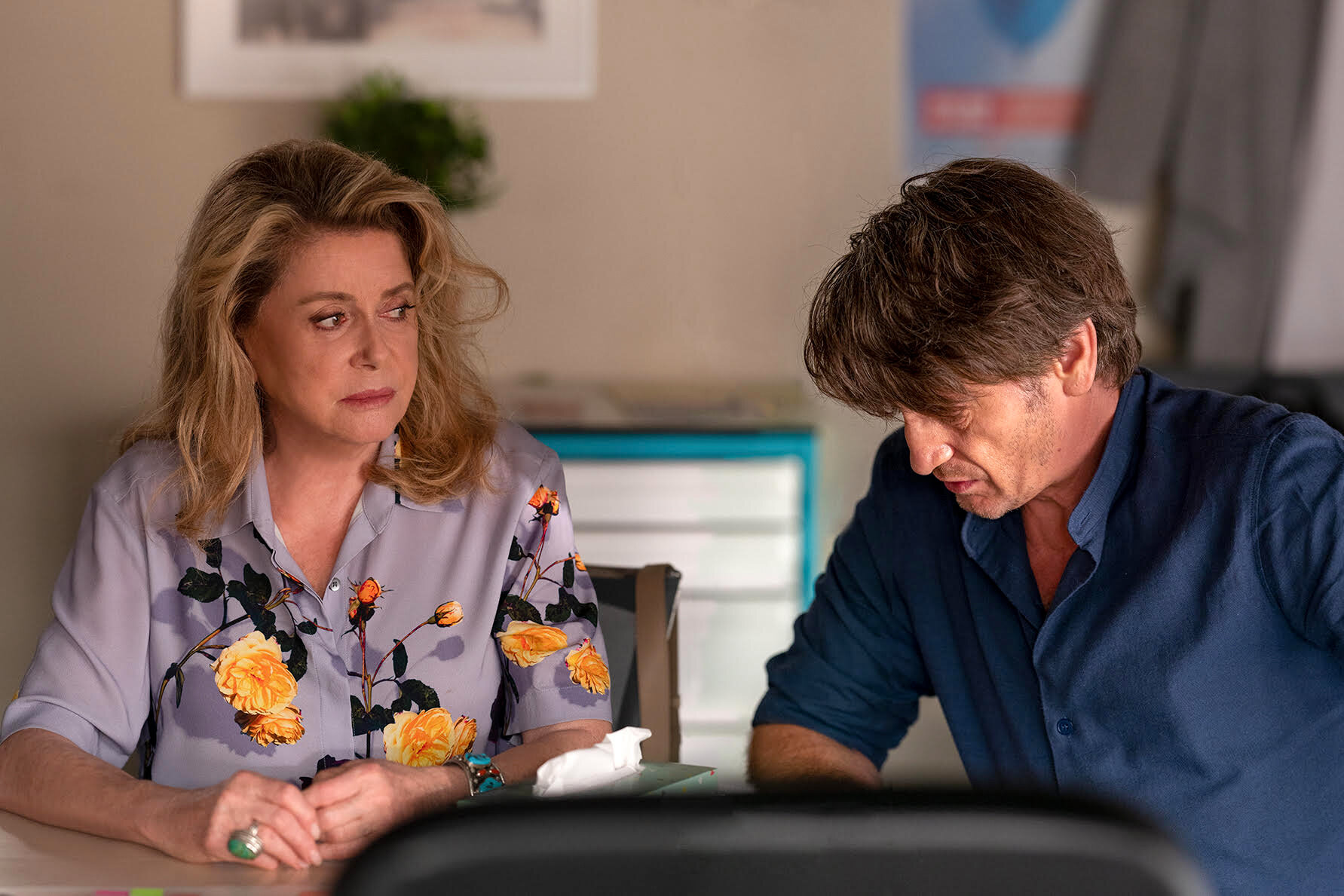 Emmanuelle Bercot’s Peaceful (De Son Vivant in the French) is a noble endeavor, if a bit didactic. Above all else the film serves as a solid showcase for its stellar cast. We follow a young acting teacher, Benjamin (Benoît Magimel), who’s doing his best to ignore the fact that he is dying. He’s got pancreatic cancer. His controlling mother Crystal (Catherine Deneuve) appears more urgently worried. Deneuve, unsurprisingly, is the anchor of this picture. The living legend excels at making it look easy, and here—playing both steadfast and guilt-stricken—she’s as natural as ever. A truly impressive less-is-more supporting turn. Magimel also does strong work, accentuating the curse of a cancer-riddled body. He can’t really compete with Deneuve in their scenes together, but who can? Points for the effort alone.

On the edges of its central narrative is Dr. Eddé (Gabriel Sara), the optimistic force behind the treatment center attending to Benjamin. The good doctor fuels this house of doomed souls with as much joy and kindness as he can. Yet he acknowledges the struggle. In meetings with fellow physicians he calls it like it is: “cancer trench warfare.” Throughout the picture, Dr. Eddé leads a group discussion in which he tries to teach his colleagues how to approach the imminent death of their patients. How to rationalize their regret. How to mine for empathy and constantly consider their best interests. No easy task, to be sure.

These scenes, engaging on their own, ultimately distract from the central through-line. While one sees an obvious connection to Benjamin’s personal struggle, these snippets of advice and reflection too often feel like the beginnings of another film. Alternatively, a separate subplot involving Benjamin’s adult son (Oscar Morgan) remains oddly underdeveloped, as is a third-act romance between Benjamin and caring nurse Eugénie (Cécile de France). The underrated Melissa George shows up for a handful of expositional phone call scenes, existing only to underline the sins of Benjamin’s past.

Singular lines of dialogue (the script comes from Bercot and Marcia Romano) do stand out. At one point Benjamin asks Dr. Eddé: “Are there meds for fear?” Later on, as he wrestles with his impending end, he lets slip a brutally relatable agony: “I was vital to no one.” Benjamin’s students worry for him as they prepare their own auditions, these scenes of drama serving to add some metaphorical weight to the proceedings.

In short, there’s a lot going on in Peaceful. Perhaps too much for a film that’s essentially about how best to stare death in the face. There’s a practical application to what’s observed here, one that will surely help those dealing with something like Benjamin’s awful circumstances. Unfortunately, as a standalone piece of dramatic entertainment, it never fully congeals.

Peaceful is now in limited release.