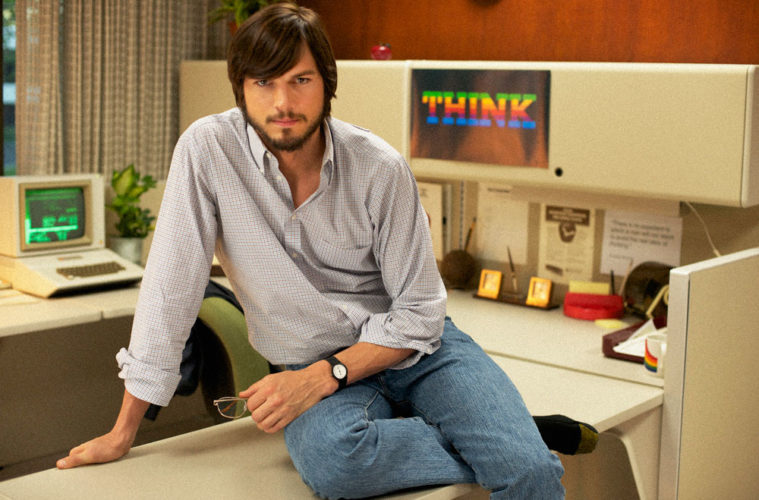 Update: The deal has been confirmed and Open Road Films are planning a April 2013 release. Check out the press release at the bottom of the page.

Slated to close the upcoming 2013 Sundance Film Festival (cheap plug: we’ll be there and we’ll be throwing down all sorts of reviews and interviews), the upcoming independent biopic Jobs, following the late Apple CEO Steve Jobs, is already garnering distribution interest. Variety reports that Open Road Pictures, the Regal/AMC joint distribution company, is nearing a deal to acquire Jobs from producers Five Star Features. Set for a wide release, the trade reports that a release will likely occur in the summer or fall window.

Jobs stars Ashton Kutcher as the technology legend and instead of an overarching biopic, it focuses on the years 1971 to 2000 when Jobs was busy innovating and changing the face of the world as we know it (including both computers and the now juggernaut animation studio Pixar). Joshua Michael Stern directed the movie from a script by Matt Whiteley and co-stars include Josh Gad, James Woods and Dermot Mulroney. Sony themselves are also developing a Steve Jobs biopic, based on the 2011 biography and with Aaron Sorkin on screenwriting duties, but that’s far from production, so it looks like Jobs will be the first one out of the gate.

LOS ANGELES, CA, January 3, 2013 – Open Road Films has partnered with Five Star Feature Films on jOBS, the highly anticipated film chronicling the story of Steve Jobs’ ascension from college dropout to one of the most revered creative entrepreneurs of the 20th century. As previously announced, jOBS will premiere as the closing night film at the 2013 Sundance Film Festival. The film will be released in April 2013. The announcement was made today by Tom Ortenberg, CEO of Open Road Films and Mark Hulme of Five Star Feature Films.

Directed by Joshua Michael Stern, written by Matthew Whitely, shot by Oscar- winning cinematographer Russell Carpenter and produced by Mark Hulme, jOBS details the major moments and defining characters that influenced Steve Jobs on a daily basis from 1971 through 2000. jOBS plunges into the depths of his character, creating an intense dialogue-driven story that is as much a sweeping epic as it is an immensely personal portrait of Steve Jobs’ life. The filmmakers were granted unprecedented access during shooting to the historic garage in Palo Alto, that served as the birthplace to Apple Inc. jOBS stars Ashton Kutcher, Dermot Mulroney, Josh Gad, Lukas Haas, J.K. Simmons and Matthew Modine. Inferno Entertainment is handling international sales on jOBS.

Ortenberg stated, “jOBS is certain to resonate with audiences and we are thrilled to partner with Five Star Feature Films to bring this film to theaters.”

Hulme said, “We set out to find the perfect partners to present jOBS to audiences worldwide, and we feel we have found one with Open Road. They were as impressed as we were with Ashton Kutcher’s inspiring and unforgettable performance as Steve Jobs and are excited to distribute the picture in the U.S.”

The deal was negotiated on behalf of Open Road Films by Ortenberg, General Counsel and Executive Vice President of Operations and Business Affairs, Elliott Kleinberg, and Senior Vice President of Acquisitions, Ben Cotner. The filmmakers were represented by Creative Artists Agency.

Are you looking forward to seeing Jobs this year?