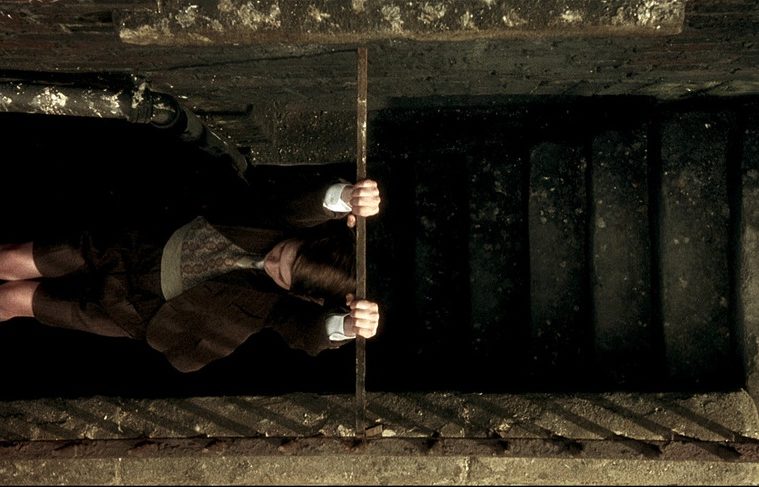 Before his masterful Sunset Song begins its U.S. run, Terence Davies will be given a complete retrospective at MoMI. His self-titled trilogy screens on Saturday and Sunday; the latter day also brings Distant Voices, Still Lives and, with a post-screening Q & A to boot, The Long Day Closes.

“Welcome to Metrograph A-Z” brings Hannah and Her Sisters on Friday and Saturday, It’s Always Fair Weather (directed by Stanley Donen and Gene Kelly) and Shirley Clarke‘s The Cool World on Saturday and Sunday, and Eastwood‘s The Gauntlet on Sunday.

A new restoration of Dead Ringers screens this Sunday.

Hard-to-find films from the legendary duo Jean-Marie Straub and Danièle Huillet are being celebrated in a career-spanning retrospective. The great Chronicle of Anna Magdalena Bach plays this Friday, and other films with very, very long titles show throughout the weekend.

“Anna & Jean-Luc” — the title says it all. Vivre Sa Vie on Friday, Alphaville on Saturday, and A Woman Is a Woman on Sunday. Anna Karina, continuing her NYC tour, will follow Band of Outsiders‘ with a Q & A on Friday night.

Alien, John Carpenter‘s Christine, and a Prince double-billing of Purple Rain and Under the Cherry Moon (on 35mm) all have midnight showings.

Friday the 13th and a 35mm print of Claire Denis‘ Trouble Every Day have midnight showings this Friday and Saturday.

Rosemary’s Baby and The Three Amigos screen before noon on Saturday and Sunday.

Programs of films by Bruce Conner and Tony Conrad, as well as Viking Eggeling and Alberto Cavalcanti, screen on Saturday and Sunday, respectively.

“Québec Direct Cinema” provides a lens into what, exactly, goes on in Montreal. (Finally, my questions shall be answered.)

Dazed and Confused and The Room have midnight showings on Friday and Saturday.