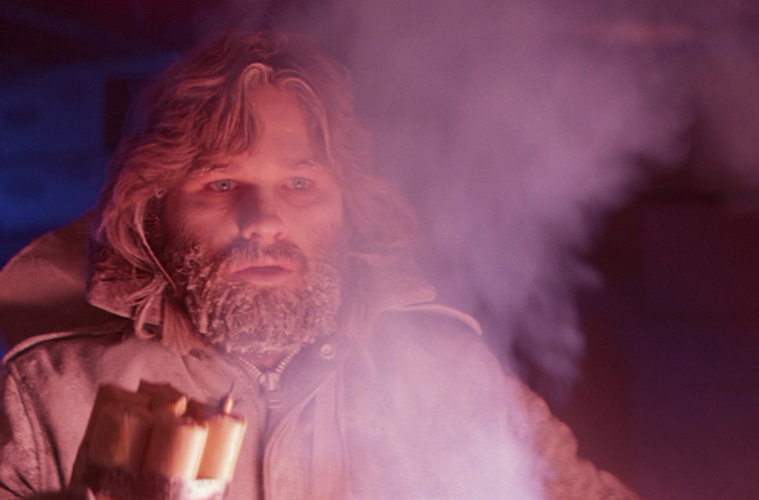 “John Carpenter: Master of Fear” begins this weekend. Halloween kicks off festivities on Friday, The Thing carries it into Saturday, and the weekend rounds out with The Fog.

Dassin‘s The Canterville Ghost and a Charles Laughton double-feature — Mutiny on the Bounty and The Barretts of Wimpole Street — play on Sunday.

The Palm Beach Story plays before noon all weekend.

Jaws and A History of Violence (the latter on 35mm) can be seen on Friday and Saturday at midnight.

A number of Vertov pictures are available over the next few days.

Language of Love plays under “Nitehawk Naughties” on Friday and Saturday at midnight.

Tickets are still available for a brunch-time Taxi Driver and a 35mm showing of Manhattan on Sunday.