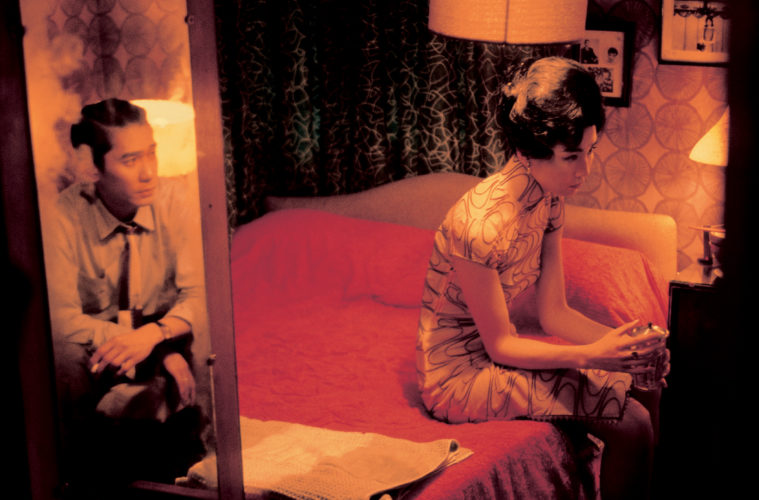 NYC Weekend Watch: ‘In the Mood for Love,’ Cinematic Resistance, ‘Invasion of the Body Snatchers’ x3, ‘A Perfect World’ & More The excellent “Summer Festival of Fantasy, Horror & Science Fiction” brings three like-minded films on 35mm this Friday (8/23): first, a two-for-one Invasion of the Body Snatchers double-feature, screening versions from 1956 and 1978; this is followed by a late showing of Abel Ferrara‘s rarer, more controversial version of the same tale.

The tradition continues Saturday and Sunday (8/24, 8/25), respectively, a presentation of Roman Polanski‘s The Fearless Vampire Killers and Robert Fuest‘s The Abominable Dr. Phibes planned, followed by The Creature from the Black Lagoon (in 3D!) and The Incredible Shrinking Man. And, on the former day, be sure to catch a print of Blacula.

Joseph Losey‘s The Servant is back for one week. “Fight the power” is Film Society’s message, the theater having commenced a series titled “Cinema of Resistance.” To celebrate that which is “radical in both content and form, ever mindful of the relationship between politics and aesthetics,” Friday (8/23) brings The 17th Parallel, Ice, To Be Twenty in the Aures, and Underground. Plenty of time can be occupied on Saturday (8/24), with showings of West Indies: The Fugitive Slaves of Liberty and the 345-minute La Commune. As if that weren’t enough, Attica, Hour of the Furnaces (Part One), and Parco Lambro Juvenile Proletariat Festival — as well as a second appearance of Underground — are scheduled for this Sunday (8/24).

A different form of cinematic resistance comes around Friday at midnight, with a 35mm screening of Pink Flamingos on the docket.

On Saturday and Sunday, Vincent Minnelli‘s Gene Kelly– and Judy Garland-led The Pirate is scheduled to appear.

Cleaning up this weekend with “Fun City: New York in the Movies 1967–75,” the museum is to show The French Connection and Across 110th Street on Saturday, while Sunday brings Eastwood-starrer Coogan’s Bluff and the classic Midnight Cowboy. All are on 35mm.

Keeping up the streak of social activism, BAM’s “A Time for Burning: Cinema of the Civil Rights Movement” continues. On Friday (8/23), there’s the opportunity to see Odds Against Tomorrow — cited as “[t]he first film noir to feature a black protagonist” — and the documentary Black Natchez, the latter accompanied by shorts. The order on Saturday (8/24) is Nothing But a Man and Two Thousand Maniacs!, while Sunday (8/25) brings with it A Raisin the Sun. All but Natchez are on 35mm.

Also in Brooklyn is Lucio Fulci‘s New York Ripper, playing as part of “I Heart New York Horror” this Friday and Saturday (8/23, 8/24) at midnight.

As part of “The Works – Bill Murray,” those same nights and times present Caddyshack.

Saturday and Sunday (8/25), “Vamps and Virgins” brings a Brunch screening of the Clara Bow-led It, while “We Can Be Heroes” allows one to see The Jerk, also with a brunch accompaniment. Late-night Friday and Saturday (8/23, 8/24) showings are in store for Jaws, El Topo, and The Best Little Whorehouse in Texas, the latter with a 35mm print.

Earlier in the day, also on film, is A Perfect World, one of the more acclaimed titles in Clint Eastwood‘s directorial oeuvre.

Footloose shows midnight on Friday and Saturday (8/23, 8/24) — which offers a chance to quote the Kenny Loggins song, but we’ll have to pass.