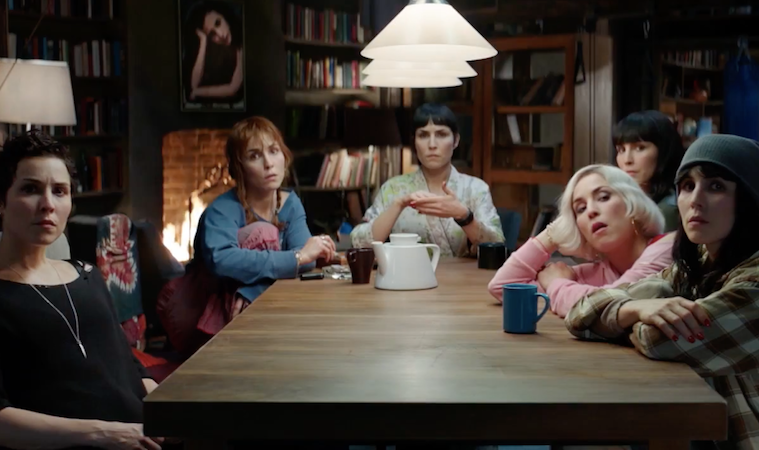 If you ever wanted to spend time with seven Noomi Rapaces at once, Netflix has a film for you: What Happened to Monday, a sci-fi thriller from Hansel & Gretel: Witch Hunters director Tommy Wirkola.

Set in the not too distant future, where overpopulation has forced governments to undertake a “One Child Policy,” Rapace plays seven sisters who live in secret and who each venture out into the world one day a week under the identity of one person. The sisters have been able to keep up the ruse for years, guided by their grandfather (Willem Dafoe). But when the Child Allocation Bureau, led by Glenn Close using a nondescript accent, gets wind of this, trouble comes calling.

What Happened to Monday is just the latest film to debut on Netflix in the U.S. rather than theaters, although things are a bit different internationally. “It actually is a little bit more complicated because our film had pre-sold in many territories around the world, so in Europe we will have a normal cinematic release when it plays there,” Wirkola told THR. “But yes, it’s a brand new world out there when it comes to Netflix. We are all happy that it is sold and that it is going to be seen by so many people, but when you make a movie, especially this one, we maybe thought we were going to have a normal cinematic release in New York as well. But times are changing, and when the offer came, it was clear this was the one we wanted to go with.”

In a not so distant future, where overpopulation and famine have forced governments to undertake a drastic “One Child Policy,” seven identical sisters live a hide-and-seek existence pursued by the Child Allocation Bureau. The Bureau, directed by the fierce Nicolette Cayman (Glenn Close), enforces a strict family-planning agenda that the sisters outwit by taking turns assuming the identity of one person: Karen Settman (Noomi Rapace). Taught by their grandfather (Willem Dafoe) who raised and named them – Monday, Tuesday, Wednesday, Thursday, Friday, Saturday and Sunday – each can go outside once a week as their common identity, but are only free to be themselves in the prison of their own apartment. That is until, one day, Monday does not come home…

Netflix will debut What Happened to Monday on August 18.