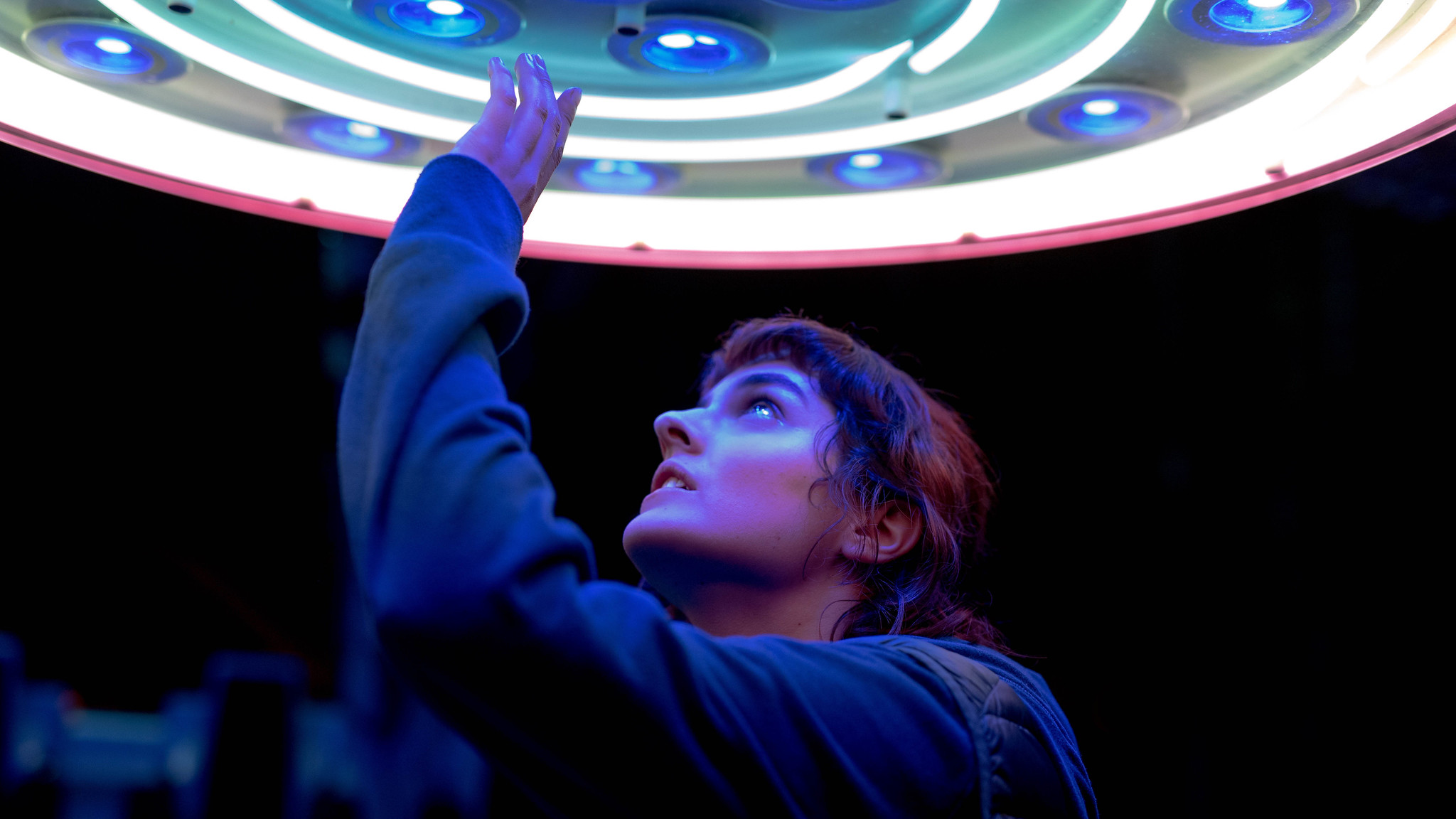 Noémie Merlant’s transcendent performance as a love-struck artist infatuated with her subject in Portrait of a Lady on Fire wowed critics and audiences alike, catapulting her to international acclaim. Merlant has shown her fortitude for taking on ambitious projects and her next film is certainly no exception. An official selection at last year’s Sundance Film Festival, Dark Star Pictures has released the first trailer for the bizarre romance Jumbo, the directorial debut for Zoé Wittock set to premiere in theaters February 19th, 2021, subsequently followed by a VOD release on March 16th, 2021.

Merlant stars as Jeanne, a shy young woman still living with her bartender mother Margarette (Emmanuelle Bercot), and working the graveyard shift as a cleaner at a theme park. During her shifts, she begins spending intimate time with an alluring tilt-a-world that she names Jumbo. Finding desirable qualities in the ride she decides to pursue a relationship with the inanimate contraption.

Our review by editor-in-chief Jordan Raup praised Merlant’s performance noting in particular, saying, “Conveying a sexual awakening with a similar amount of curiosity and passion as in her breakout role in Portrait of a Lady on Fire, Merlant sells the emotion on her end when it comes to this burgeoning relationship.”