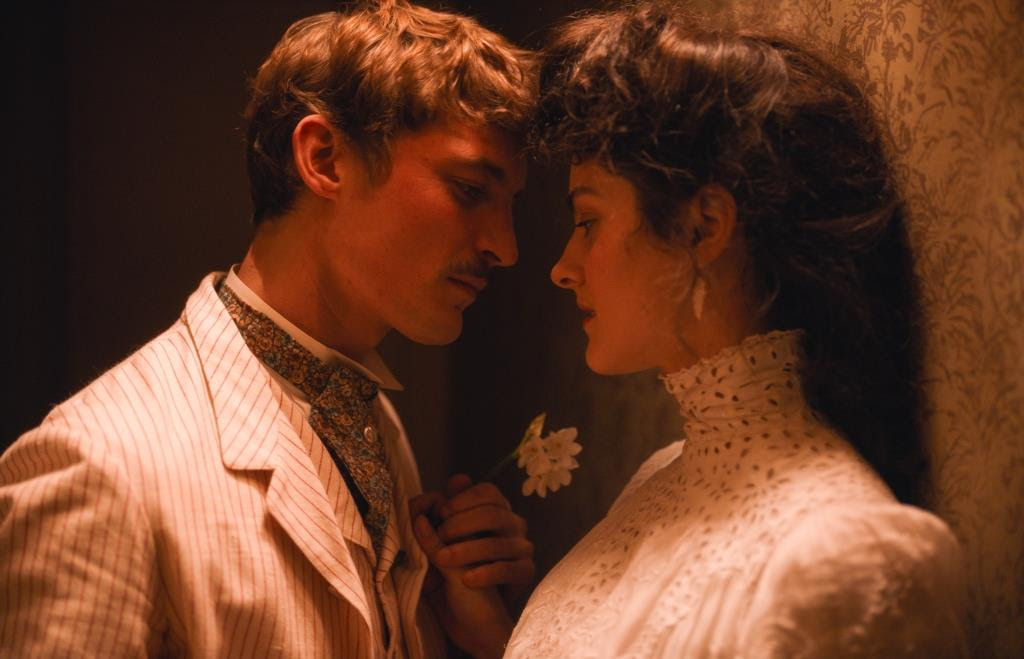 After breaking out in Céline Sciamma’s dazzling Portrait of a Lady on Fire, Noémie Merlant has gone on to collaborate with Zoé Wittock, Jacques Audiard, and André Téchiné––and even direct her own feature, Mi iubita, mon amour, which just premiered at Cannes Film Festival. Now, Curiosa––a period romance that premiered in France just before her breakthrough role––will finally be coming to U.S. shores beginning August 13 via Film Movement and we’re pleased to debut the exclusive trailer.

Lou Jeunet’s romantic drama is set in 1895 Paris, following Pierre Louÿs, a Parisian dandy and poet on the verge of fame. Pierre and his friend Henri De Régnier are both madly in love with Marie de Heredia (Merlant), the cheeky daughter of their mentor. Despite her feelings for Pierre, Marie eventually marries Henri who has a better situation. Badly hurt, Pierre leaves for Algeria where he meets Zohra, a bewitching local girl with whom he shares a tumultuous relationship and a passion for erotic photography. One year later, Marie and Pierre reunite and an affair full of desire, jealousy, and, yes, photography begins.

Curiosa arrives in Virtual Cinemas and on VOD/Digital on August 13.