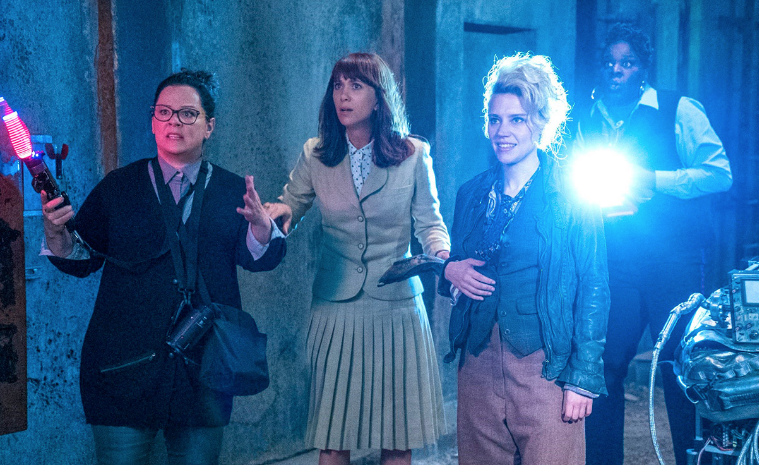 It remains to be seen if Paul Feig‘s new take on Ghostbusters is comedy highlight of the summer, but based on some of degenerate behavior surrounding its pre-release discussion, we’re certainly rooting for it to be a massive success. Led by Melissa McCarthy, Kristen Wiig, Kate McKinnon, and Leslie Jones, the film’s received a new full-length trailer. With this amping up more of the playful nature of the film (and perhaps hinting at an unexpected villain?), it looks quite entertaining.

Feig also recently touched on some of the awful sexist types launching a personal attack against the film. “The ‘assholes’ of which I speak are the ones who live online, who write those hateful tweets and posts and comments,” he said.“The geek world has been a haven for so many of us and we should all refuse to let these bullies hijack the conversations and debates we all love to engage in, nor should we let them represent our community and culture to the rest of the world.” He continues, “The bullies are not the norm and I would dare say they are not even true geeks. They are the micro minority. God bless the true geeks of the world and here’s to taking our community back from the bullies.”

Ghostbusters makes its long-awaited return, rebooted with a cast of hilarious new characters. Thirty years after the beloved original franchise took the world by storm, director Paul Feig brings his fresh take to the supernatural comedy, joined by some of the funniest actors working today – Melissa McCarthy, Kristen Wiig, Kate McKinnon, Leslie Jones, and Chris Hemsworth. This summer, they’re here to save the world!