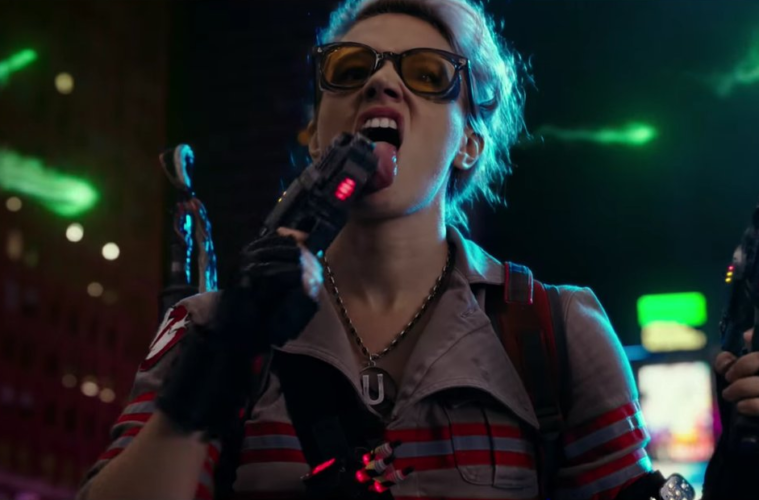 Armed with two top-notch leads and a compelling premise, Joshua Marston‘s third feature, Complete Unknown, spends a lot of time hinting at which direction it will go, without going anywhere at all. Tom (Michael Shannon) is living with his wife Rehema (Azita Ghanizada) in New York City, spending the majority of his days drafting agricultural policy emails in a cramped government office. It is the night of his birthday party, and tensions are high. Rehema’s got an employment opportunity across the country, and the pressure for Tom to move is strenuous, no thanks to his obnoxious co-worker Clyde (Michael Chernus), who has come to the party with a friend named Alice (Rachel Weisz). – Dan M. (full review)

Who are we without museums? Supposedly a tribute to France’s artistic excellence throughout the centuries, Francofonia quickly reveals itself as an exploration of the Louvre, the role of a museum, and the clash between the abstract notion of artwork and certain inescapable circumstances of the real world. And yet, a French version of Russian Ark this is not. – Tommaso T. (full review)

Having displayed comedic chops through his entire career and an eye for action in the last few features, Paul Feig was the ideal director to handle a new version of Ghostbusters. Teaming the actors who have most excelled when working with him (Kristen Wiig and Melissa McCarthy) while giving a spotlight to some deserving talent (Kate McKinnon and Leslie Jones), the right ingredients were in place to carry on the spirit of this franchise — or, let’s be honest: just the first film. While it doesn’t quite reach the height of laughter or thrills of Feig’s best work, Ghostbusters has a persistent dose of rollicking, scrappy fun that the ideal summer blockbuster should contain — all the way past the last credits. – Jordan R. (full review)

Alan Turing’s life comes tailor-made to fit the prestigious period drama mold that’s long been a staple of the British film and TV industries. For the most part, The Imitation Game is content to stay within the tropes of its genre. While undoubtedly nakedly manipulative, there’s the sense that this has become the formula because it can function so well in the right hands. Even the most cynical will feel some joy at the sudden breakthrough discoveries, or even tear up as Turing is persecuted for his homosexuality. However, what limits the film to effective feel-good weepie, rather than the great work it could have been, is that it never challenges the audience’s conscience. – Martin J. (full review)

Captured on cinema since it commenced, if a filmmaker doesn’t find a new angle in which tell the horrors of World War II, then it can perhaps seem like a futile effort. Agnus Dei, the latest film from Coco Before Chanel director Anne Fontaine, digs up such an example of a compelling, true story from Philippe Maynial. Its title, translated as Lamb of God from its Latin origin, most commonly refers to the sacrificial giving that Jesus offers. However, specifically in the Old Testament, it can refer to a person who succumbs to the punishment of sins without willing to do so, which is clearly where Fontaine more specifically draws from. – Jordan R. (full review)

Rough and tumble do we enter into The Seventh Fire, a documentary that examines the lives of Native Americans on the White Earth Reservation, located in a drug-addled corner of Minnesota. As directed by Jack Pettibone Riccobono, the focus is on gang leader Rob Brown and a 17-year old named Kevin, his protege-of-sorts. Brown, in and out of jail his whole life, prepares to go back in for fifth time. For him and many in his brood, drugs are the central problem, along with circumstance. Nowhere else in the documentary does this ring louder than a moment where Brown, with his parole officer, reads through his police record, revealing the slew of foster homes and abuse he’s suffered over the years. – Dan M. (full review)

Steve Jobs was the most enjoyable, I-need-to-watch-that-again-right-now experience I had at the movies this year, and it was also the best-made. From Aaron Sorkin’s sharp, witty script — playing with truth to craft a tale of hubris, genius, and the sociopath who led a revolution that needed fifteen years for the world to catch up — to Danny Boyle‘s electric direction, which keeps a triptych of vignettes as dissimilar to each other as they are identical, it’s a feat of expert precision. And that doesn’t even mention the stellar acting: Michael Fassbender kills it as the flawed egomaniac, Kate Winslet is flawless as his conscience, and Michael Stuhlbarg steals the show with his biting and subtly hilarious retorts. Don’t ever let me hear you say computers aren’t art. – Jared M.

The Crossing Guard
Stray Cat Rock: Beat ’71
Mr. Freedom
Broadway by Light
Who Are You, Polly Maggoo?
The Model Couple
You Are Here