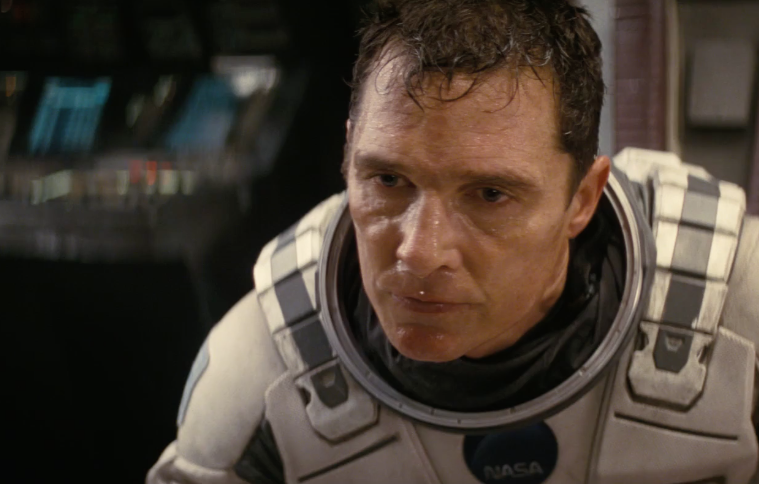 Both popping their Comic-Con cherry this weekend, Interstellar star Matthew McConaughey and director Christopher Nolan showed up to Hall H to discuss the project and show off the latest trailer to the thousands of onlookers. Ahead of Guardians of the Galaxy this weekend, Paramount have now released the preview online, along with the launch of a secretive new site.

After revealing it’s the director’s “most ambitious” film yet, McConaughey brought him out on stage where Nolan proclaimed he was most influenced by 2001, Star Wars, and Blade Runner. He says, “These are things that made an incredible impression on me. But more than that, I grew up in an era when to be an astronaut was the highest ambition of any child.” One can see that in the story, much more of which is revealed in the trailer below, along with the full Comic-Con panel.

Update: Download the trailer directly here or stream below. What do you think of the new trailer?