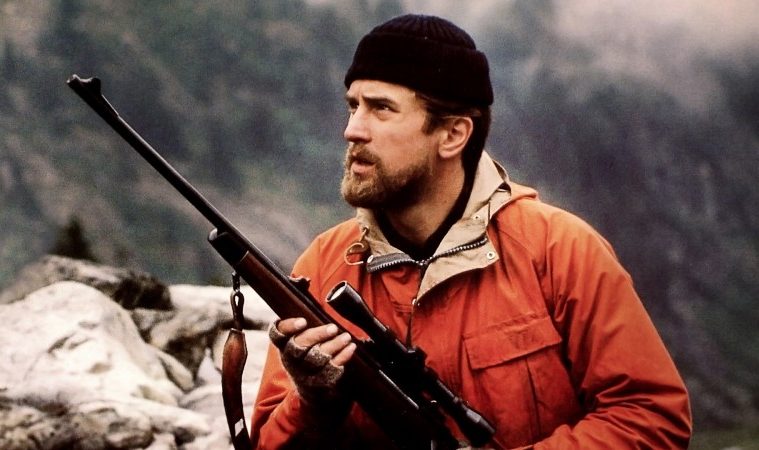 Even before he passed away two years ago, Michael Cimino’s overlooked films, from Heaven’s Gate to Year of the Dragon to Thunderbolt and Lightfoot, were already getting deserved re-appraisals, but there’s one towering classic in his filmography that has endured since its release forty years ago: his Vietnam War epic The Deer Hunter.

While it will officially turn 40 at the end of the year, StudioCanal and Park Circus have gotten the jump on a 4K restoration, which they’ll debut in U.K. theaters, fittingly, on the fourth of July, followed by a Blu-ray release in August. Starring a pair of Trump favorites, Robert De Niro and Meryl Streep, as well as Christopher Walken and the late, great, John Cazale, Cimino’s emotional epic depicts a patient unfolding of friendship and chaos. The trailer, as one might expect, sells it more as Rambo-style action thriller, but that can be forgiven in the name of getting a new generation in seats.

There’s no word yet on a U.S. re-release, but in the meantime, see the preview below.

Robert De Niro, John Savage and Christopher Walken star in this Michael Cimino war drama. As Michael (De Niro), Steven (Savage) and Nick (Walken) volunteer to serve in Vietnam, they fail to foresee the horrors that will encapsulate their future lives. When the men are captured by the Vietcong and forced to play Russian roulette for their entertainment, Michael and Steven manage to escape leaving Nick to fight off the enemy. As Steven is shipped home, severely disabled and damaged by the whole experience, he discovers that Nick has sent him money to help him get back into society. When the news of the fall of Saigon reaches home, Michael vows to return to Vietnam to bring home his friend.

The Deer Hunter returns to UK cinemas on July 4, followed by a Blu-ray release on August 13.