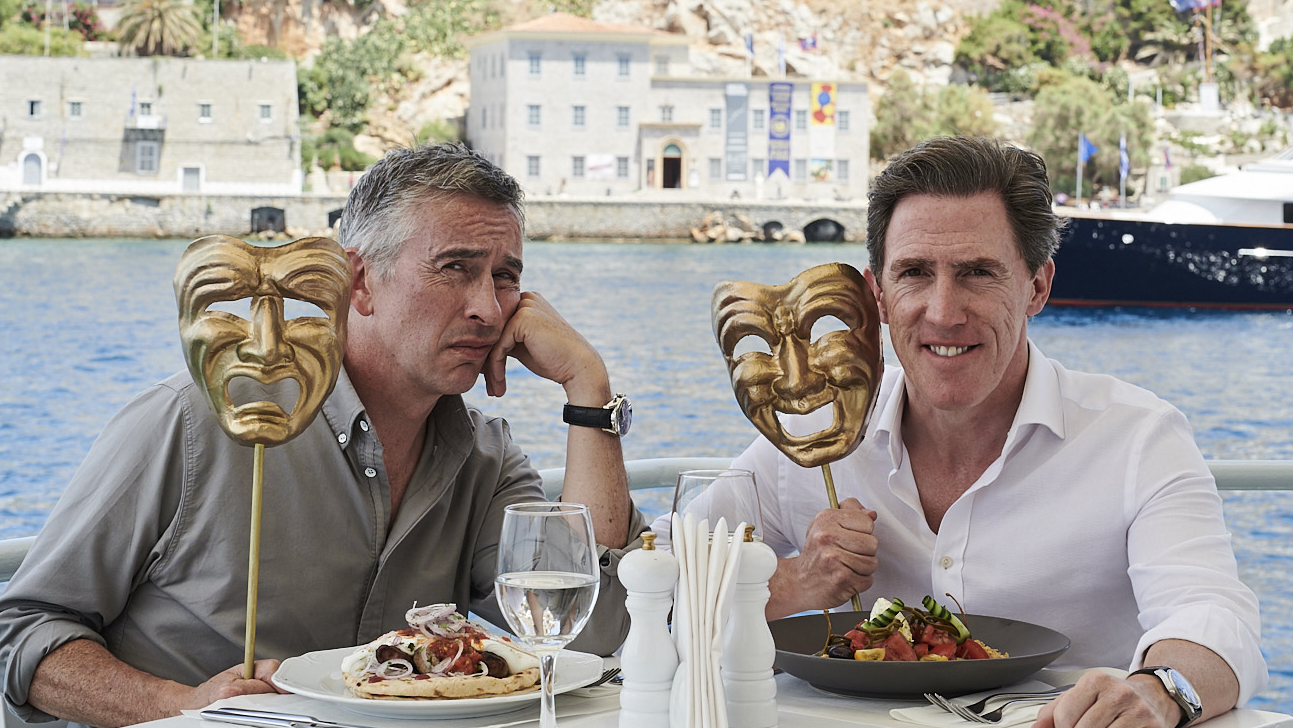 If certain reality shows and Netflix series focused on cooking don’t exactly give a strong sense of the person behind the culinary prowess, a new documentary satisfies that aspect. Diana Kennedy, the U.K.-born, Mexico-based chef, is an expert in the cooking culture of where she has made her life, and this new documentary captures her irascible spirit. With a genuine desire to know the people around her and the ingredients that go into their meals, the 97-year-old also freely speakers her mind, to say the least. From berating people at her cooking class to responding, “I know, god damn it” when some exclaims she’s a legend, this is a mightily entertaining character study. – Jordan R.

Where Jeannette had effectively represented a stylistic and tonal departure from old Dumont, Joan of Arc is a detour to familiar, more somber moods. Part of this owes to the simple fact that for the martyr-to-be, now in her late teenage years, things have taken a dramatic turn. Opening in the year of the Lord 1428, Joan of Arc finds its eponymous heroine at the helm of the French army, besieging English-occupied Paris. It’s a war neither church elders nor the high military echelons seem all too optimistic about, and Joan of Arc’s first act follows the then-17-year-old struggling to rally a patriarchy behind her vision. Acts two and three chronicle the price she paid when, having kicked the English out of France and helped reinstate the monarchy of King Charles VII, said patriarchy eventually punished her act of defiance. It’s a neatly divided triptych: Joan at war with the English; Joan at war with the church elders who declare her a heretical; Joan’s last prison days ahead of her death at the stake. – Leonardo G. (full review)

In a sea of online streaming services, MUBI’s stake in the field has been its carousel of films. 30 movies are available on any given day, all of which are part of a rotating selection. One leaves the library as another takes its place, giving you a constant conveyer belt of options that, even upon completing, guarantees something new by the next day. Now, they’ve expanded their offerings with the addition of a full library. But if you’re like me and are into a strong gimmick, fear not: the rotating shelf mechanic is still there. – Matt C. (read more)

The Painter and the Thief (Benjamin Ree)

Human connections are almost always random. Even in school when meeting new friends for the first time, the reasons that sparked our gravitation towards one another aren’t always clearly defined. Maybe one union was the result of common interests, but perhaps another was born from an indescribable feeling. Sometimes our best friends or romantic partners end up being the people we used to intentionally avoid. It therefore only takes a moment removed from our inherent preconceptions, prejudices, and jealousies to open up a world we would have otherwise ignored. One conversation can spark another. One topic can bleed into a shared memory or overlapping ambition. Suddenly that stranger becomes your confidant and you forget there was ever a time in your life when they weren’t by your side. That’s what happened with painter Barbora Kysilkova and Karl-Bertil Nordland—the man who stole two of her canvases from a Norway gallery. – Jared M. (full review)

Having established himself as a master of the seedy crime underworld, director Michael Mann once again delivered another prime example of the genre with Public Enemies. This is not the standard biopic, but rather a deeply focused examination of Dillinger’s life during the golden era of crime and the events and people who defined him. It is a fascinating excerpt from the mobster’s infamous journey as Mann allows the story to play out with romantic grandeur, bringing realism and intensity to the screen with incredible digital camerawork. – Jack G.

Marcus Lindeen’s documentary The Raft boasts such a compelling story that it could have easily coasted on its trove of archival materials. In 1973, Mexican anthropologist Santiago Genovés enlisted ten individuals (five men, six women) to sail across the Atlantic Ocean on a small raft, the Acali, in order to study interpersonal behavior and human beings’ relationship with violence. Lindeen had access to eight hours of 16mm footage shot aboard the Acali as well as Genovés’ personal diary. It’s not difficult to imagine a version of The Raft that simply recounts this underreported blip in social history through Genovés’ data. The literal story captivates on its eccentricity alone. – Vikram M. (full review)

Ena Sendijarević’s gorgeous debut feature Take Me Somewhere Nice is a tale of fractured identities, a Bildungsroman that zeroes in on a teenage girl traversing two irreconcilable worlds, each demanding her undivided allegiance, none close enough to be called home. – Leonardo G. (full review)

The Trip to Greece (Michael Winterbottom)

When embarking on their first trip, Steve Coogan, Rob Brydon, and Michael Winterbottom weren’t aware their journeys would extend for the next decade, but from the first few scenes of their tour through northern England, the stage was set for what we’ve come to cherish from these outings. There will be slightly fictionalized barbing, an array of impressions besting the most popular YouTube comedians, gorgeous locales, delicious food, and some slight drama to give the semblance of a narrative arc. For their final adventure, The Trip to Greece, they stay the course with this tried and true formula, making for a satisfying finale while still leaving room for contemplation. – Jordan R. (full review)