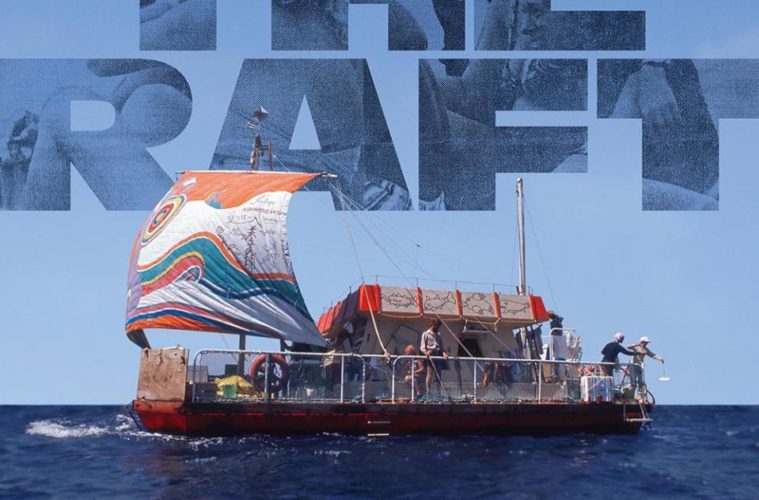 ‘The Raft’ Review: An Eccentric Experiment at Sea Gets New Life

Marcus Lindeen’s documentary The Raft boasts such a compelling story that it could have easily coasted on its trove of archival materials. In 1973, Mexican anthropologist Santiago Genovés enlisted ten individuals (five men, six women) to sail across the Atlantic Ocean on a small raft, the Acali, in order to study interpersonal behavior and human beings’ relationship with violence. Lindeen had access to eight hours of 16mm footage shot aboard the Acali as well as Genovés’ personal diary. It’s not difficult to imagine a version of The Raft that simply recounts this underreported blip in social history through Genovés’ data. The literal story captivates on its eccentricity alone.

Instead, Lindeen spent almost two years tracking down the experiment’s seven surviving members (Genovés’ used pseudonyms in his research making the participants especially difficult to find) and reunited them aboard a life-size model of the Acali to reenact and revisit scenes from their adventure. The Raft cuts between scenes on the Acali, featuring Genovés’ writing narrated by Daniel Giménez Cacho (the eponymous Zama), and the present day, where the members recall their version of the events. Subsequently, the film interrogates Genovés’ original experiment and reveals the scientist’s own shortcomings and failures as well as its accidental success. Genovés dubbed his expedition “the Peace Project” because he wanted to see if humanity could live without war. The Acali crew ultimately proved him right in spite of Genovés’ best efforts.

Genovés sought to create tension on the Acali both by isolating a diverse cross-section of attractive people and exclusively providing leadership roles to women. Some of the participants had sex with each other (hence, the media salaciously dubbing the Acali “the Sex Raft”), but mostly the group tended towards a state of bored harmony. Except for one errant event involving a shark, there was not much in the way of conflict, let alone violence. Frustrated by the results, Genovés provoked discord amongst the group: he shared confidential information, psychologically manipulated vulnerable members, and even racially taunted Fe Seymour, the sole black woman aboard. It’s almost impossible not to conjure up images of The Real World, or most garden-variety reality shows, when confronted with Genovés’ methods.

Lindeen paints a picture of a mad scientist laid low by the cooperation and intimacy of a group that had little use for him. The Raft begins as a profile of Genovés and ends as a testament to female solidarity, as the women were largely responsible for the Acali’s survival. The footage astounds, but the competing contextualizations breathe new life into the experiment, especially when Lindeen allows the surviving members free reign to confront past emotions. It’s telling that the expedition didn’t have a life-altering effect on its participants, but all have relatively fond memories of the event, despite a few catastrophic moments. Genovés couldn’t perceive the utopia he created because he was looking for strife instead of diplomacy. The Raft gives him and his guinea pigs the space to exalt community each in their own way.

The Raft is now playing in limited release, including Metrograph, and will expand in the coming weeks.