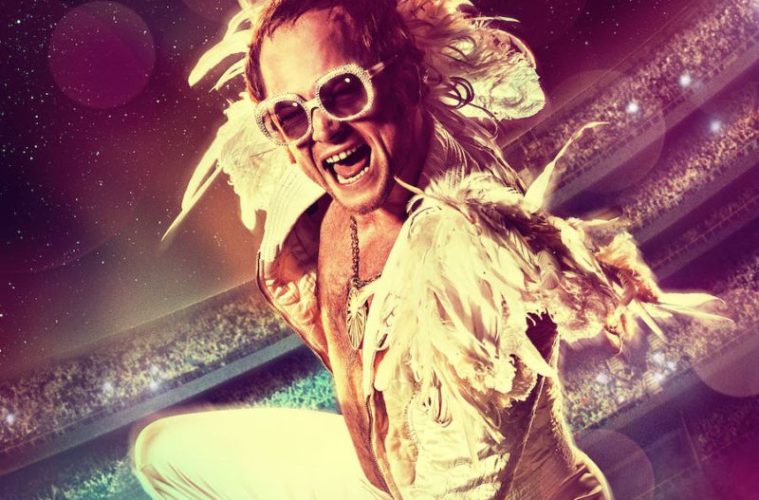 It’s difficult to not be impressed by Dexter Fletcher’s Rocketman in some form or other. It’s placed in a paradoxical position. In the wake of Bohemian Rhapsody’s meteoric overhype, awards success, and subsequent backlash, the threat of fatigue looms large. However, Rhapsody’s stumble into self-parody had reset the bar so low for the music biopic it was almost impossible not to clear. To immediately place the two at odds feels slightly unfair, but Fletcher’s involvement in ghost-directing the latter across the finish line makes the comparison inevitable. One even smirks at the thought of Fletcher intentionally willing Rhapsody into mundanity in order to wow with Rocketman months later. A gift to biopics? Perhaps not. A marked improvement? Almost assuredly.

For starters, Rocketman has the stones to divorce itself from Elton John’s music, assigning the singer’s show stopping ballads to the pipes of its cast, rather than to any kind of painful mimicry or lip syncing (I’m looking at you, Rami). That’s not to say the film doesn’t cherish its source material, but Fletcher is smart enough to know that if you want Elton John music you can listen to it at a moment’s notice. He’s instead set on imbuing the film with John’s aura–an unerring glam and whimsy, decked head-to-toe in gold lamé and sequins. It’s a tactic similar to one Todd Haynes deployed in 2007’s I’m Not There, though applied here to a disappointingly lesser extent. Fletcher refuses to deconstruct Elton John (or the rock biopic genre, for that matter) enough to truly set the film apart with the jaw-dropping abandon its marketing implies. He cautiously offers up a middle ground, wrapping the ploddingly familiar story beats of the genre in enough daydreamy musical numbers to seem subversive; that is, if your gold standard is something like Ray or Walk the Line.

In longing for a more bonkers take on Elton John’s life and times, one can only ponder the hypotheticals of a batshit version directed by Baz Luhrmann or the like, but that would do a disservice to what Fletcher gets right here. As templatized as the story is, the decision to frame it with John’s rehabilitation (as opposed to say, the singer needing to think about his whole life before going on stage) allows for a clean path to introspection, and thus an avenue into the Billy Liar fantasy aesthetics that give the film its verve. From there, the cast and choreography take the wheel to mixed results, though more charming than not. The chief asset is Taron Egerton. Seemingly doomed to the Island of Milquetoast White Dudes, his casting (swapping in for Tom Hardy no less) seemed suspect at best, but he’s dazzling here–charismatic even. He seems to evoke Elton John from his core, dragging the film’s parts into something of a sum as he parades between hair pieces and costume changes with glee.

The great trick in Fletcher’s arsenal is utilizing Rocketman’s playful capriciousness to paper over its shortcomings. Richard Madden (as Elton John’s lover/manager John Reid) and Bryce Dallas Howard (his shrew of a mother) brandish their sliminess in such excess that any real sense of these two as actual people is nonexistent. The film however, gives them a pass, because it is, after all, cartoonish. The same goes for the rest of the cast writ large. While not exactly sleeping on the job, they don’t quite hold their end of the bargain.

In spite of this, Egerton wrings as much pathos and catharsis from them as he can, which is hard to view as anything less than admirable. With Egerton’s performance as its fuel, Rocketman’s efforts in delivering something that a least attempts an outside the box music biopic are worth commendation. It may not deliver on the truly cosmic fantasia it swings for, but the swing itself is something, to be sure.

Rocketman is now in wide release.