The Painter and the Thief Review: A Strange Friendship Gets Captured with Depth 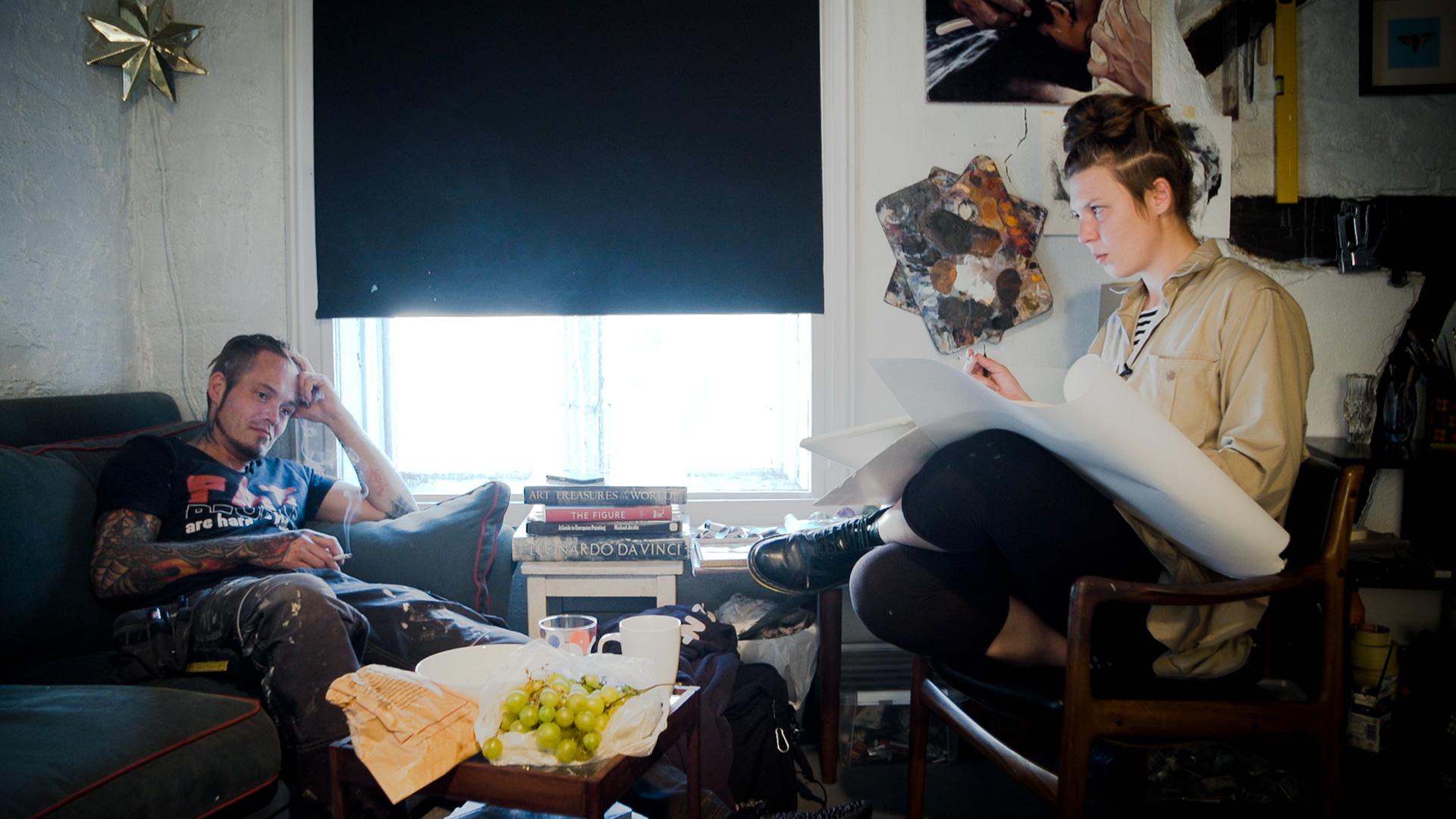 Human connections are almost always random. Even in school when meeting new friends for the first time, the reasons that sparked our gravitation towards one another aren’t always clearly defined. Maybe one union was the result of common interests, but perhaps another was born from an indescribable feeling. Sometimes our best friends or romantic partners end up being the people we used to intentionally avoid. It therefore only takes a moment removed from our inherent preconceptions, prejudices, and jealousies to open up a world we would have otherwise ignored. One conversation can spark another. One topic can bleed into a shared memory or overlapping ambition. Suddenly that stranger becomes your confidant and you forget there was ever a time in your life when they weren’t by your side.

That’s what happened with painter Barbora Kysilkova and Karl-Bertil Nordland—the man who stole two of her canvases from a Norway gallery. One day they had no clue the other existed and the next finds them forever intertwined by an impulsive act while under the influence of drugs. From destruction (Nordland never could remember what he did with the paintings upon sobering up) comes genesis as Barbora’s courage to ask Karl-Bertil a question while waiting for his trial to begin sets an unlikely promise to meet again for a modeling session after his forthcoming seventy-five-day sentence ends. She wants to satisfy her curiosity and commemorate the absence of her work by filling their void with the man who created it. He’s attempting a pursuit at making amends.

It’s here that documentarian Benjamin Ree enters the picture. He discovered what happened to Kysilkova while researching art theft for a potential film and became fascinated by the prospect of what her unorthodox collaboration with Nordland might provide after the fact. So he brought in his camera to capture what he says was their fourth session together, showing her sketching process and ultimately her work on the canvas itself. Nine times out of ten that’s where this whole thing probably ends. Barbora’s bid to cajole more information via personal connection from Karl-Bertil fails, the painting is completed, and they never see each other again. What Ree witnesses instead is the complex and heartfelt exception. The finished painting brings its subject to tears as the barriers between them dissolve.

Everything else that’s documented in The Painter and the Thief evolves naturally from this point. There are subsequent sessions that bring in Karl-Bertil’s girlfriend, glimpses into the past at the traumatic roads he and Barbora took to reach their convergence, and a future of broken promises, tragic accidents, and unwavering platonic love. Any notion that this will be a compare and contrast piece pitting the affluent art world against a seedy crime world evaporates early as we learn about who they are removed from those reductive environments. Barbora is struggling to pay rent. Karl-Bertil used to work with the underprivileged while practicing carpentry. Compulsion pushed them towards the labels in Ree’s title. Art is her life’s purpose despite poverty and compassion is part of his identity despite addiction.

We follow three years of their joined existence as they try to swim against the current of everything threatening to fall down around them. Barbora is enjoying a stage of rebirth after moving to Norway to be closer to her current boyfriend and Karl-Bertil seeks one as his mind battles the prospect of rehab, jail, or death. Their friendship risks the former’s bliss by adding the undue stress of wanting to protect and save the latter’s lost soul despite the financial hardship of maintaining her sanity—her boyfriend tries to wrap his head around the pros and cons of her embracing a potentially volatile relationship regardless of its moral necessity. But it also makes Karl-Bertil’s salvation a possibility by providing him a hope he thought died long ago.

Rather than show their progression linearly, Ree employs a rewind between certain chapters to remind us that his subjects are always on equal footing. He knows that staying with Barbora’s perspective would turn the story into one of a charity case’s savior when nothing could be further from the truth. So he goes back to let Karl-Bertil tell his side of their friendship’s origins with the skepticism he held towards this woman he wronged that might be trying to trick him as a means of retribution. This is where we discover just how much Barbora has confided in him to reveal how he’s become as important to her life as she has to his. They alternate as narrator and lead to better understand the depth of their feelings.

You could therefore say that they save each other—and all because of a crime. It’s impossible not to wonder what would have happened if Barbora was more famous than she was. Would she have approached Karl-Bertil or simply wished him to suffer? What about if he was a hardened criminal like his gangster bosses and not just a junkie doing what he could to open locked doors and see what’s inside? Would he have agreed to being painted? Their newfound friendship strips them down to their raw humanity in a way that allows them to see each other like no one has ever seen them. They grow together, acknowledging self-destructive natures without passing judgment until inevitably unearthing the undeniable truths even they refused to see within themselves.

The Painter and the Thief opens in virtual cinemas this Friday, May 22.