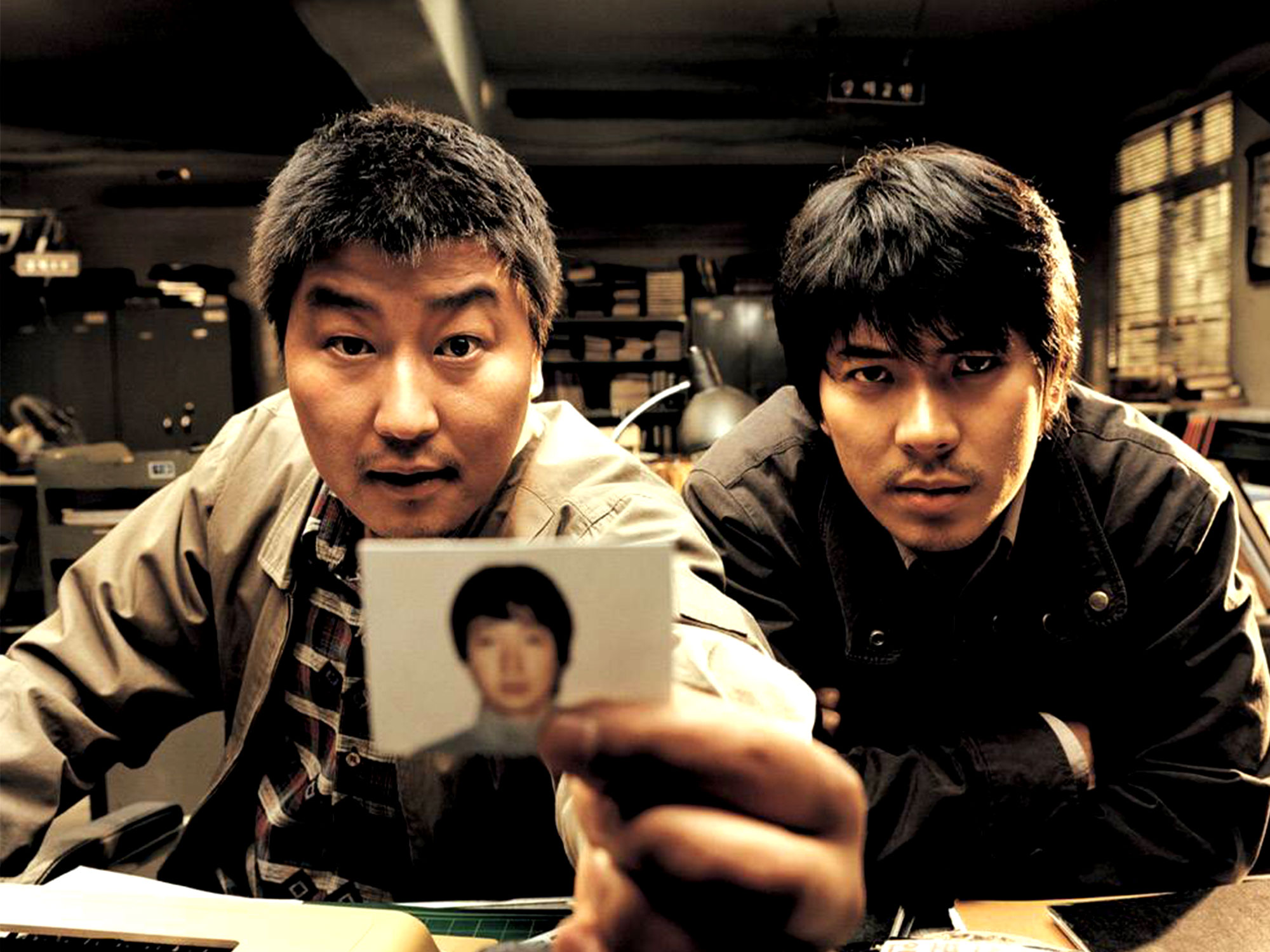 In the opening shot of Frederick Wiseman’s National Gallery, a man polishes the floor in a room walled with masterpieces. Writing about the scene for MUBI recently, the critic Joseph Owen noted that “the politics of this institution exist in a subterranean passage: between its low-paid maintenance jobs and its disreputable oil sponsorships.” Petrodollars aside, it’s an observation that speaks in some way to any number of Wiseman’s films: that the souls of the institutions he so dedicatedly depicts are neither the heads on top, the public face or the multitude of working parts below but something malleable and indefinable in the middle. The director’s latest is documentary epic, a sprawling 4.5-hour study of Boston’s City Hall and its various satellite entities, that once again goes in search of that middle—although for once with an uncharacteristic scent of subjectivity. – Rory O. (full review)

On the heels of the recent 20th anniversary restoration of his magnum opens Sátántangó, another Béla Tarr gem has been given a new coat of paint. His 1998 feature Damnation has been restored in 4K from the original 35mm camera negative by the Hungarian National Film Institute – Film Archive under the supervision of Béla Tarr. The first of his internationally acclaimed trilogy of films written in collaboration with author László Krasznahorkai, Damnation (Kárhozat) chronicles the doomed affair between bar Titanik regular Karrer (Sátántangó’s Miklós B. Székely) and the cruel cabaret singer (Vali Kerekes) he pines for while scheming to displace her brutish husband (György Cserhalmi).

Draw the quick conclusion for why I had little desire to note-take during Emma. (stylized with a period; reasons probably unnecessary), but don’t mistake this limited interest as a dismissal of the entire project. And if whatever compliments it can be paid require meager critical insight, these virtues are nevertheless evident: its ensemble cast befit their talky material with total charm; its design elements, a live-or-die component of 19th-century period pieces, are often exquisite; and notwithstanding slightly anemic aspects to its digital palette, this ornate package is photographed with care. – Nick N. (full review)

Alice Gu’s moving documentary The Donut King isn’t just a sugary concoction. Although the documentary has its sweet moments, it’s a rather nuanced and often heartbreaking tale of Ted Ngoy, a Cambodian refugee who escaped to southern California in 1975 and through hard work and dedication built a donut empire. Affectionately known as “Uncle Ted,” the 77-year-old entrepreneur was originally a major in the Cambodian army and made the difficult decision to escape just as the Khmer Rouge led a bloody revolution. He and wife Chrissy land in LA, working odd jobs nearly 24 hours a day until he stumbles into a donut shop and falls in love with a taste that reminds him of home. Determined to get into the business he takes a job at the fast-growing Winchell’s chain which grew alongside car culture, interstates, and urban sprawl in the 1950s as two donuts and a coffee became a breakfast staple for those commuting downtown to the office. – John F. (full review)

Laxe knows how to create a grounded, taut drama with a real sense of time and place. His opening sequence, a foggy, ethereal nighttime scene where diggers bulldoze giant Eucalyptus trees is infused with foreboding in a tangible natural terrain that towers over human activity. This is a region exposed to the elements, where people submit to nature as if it’s a greater power. Fire Will Come is, it should be no surprise, a prophetic title, and that’s part of the tension that Laxe carefully ratchets up. This is a stately film, sometimes to a fault, (even at 85 minutes some scenes seem overly drawn out) that builds slowly from silence to a crescendo, a natural disaster for whom Amador will become something of a sacrificial lamb. – Rory O. (full review)

As Rial (Wunmi Mosaku) sits in a hospital, a doctor (Emily Taaffe) takes her blood and notices marks on her skin. One is on her arm; the other, the right side of her neck. The patient explains that her South Sudanese village had two tribes and, due to her not being part of just one, she wears both their respective symbols. Then her eyes lightly focus and she explains: “I survive by belonging nowhere.” There’s a lot of scary stuff going on in Remi Weekes’ feature debut His House, but the most thorough one is the idea that belonging and thriving are mutually exclusive. – Matt C. (full review)

With Bong Joon Ho’s Parasite making history, it was a given that more attention would be paid to his stellar prior works, as well as Korean cinema in general. Now, the new restoration of his crime drama masterpiece Memories of Murder, which will eventually debut on The Criterion Collection, is available digitally courtesy of NEON. Meanwhile, The Criterion Channel is spotlighting highlights from the boom of New Korean Cinema from the mid 90s to the late 200s, with a trio of Bong Joon Ho films, a trio of Park Chan-wook films, a trio of Kim Jee-woon films plus work from Lee Myung-se, Ryoo Seung-wan, and more. – Jordan R.

Where to Stream: Amazon and The Criterion Channel

One of Federico Fellini’s most acclaimed films has been given a new 4K restoration. The winner of the inaugural Academy Award for Best Foreign Language Film, La Strada, features a heartbreaking performance from Giulietta Masina, telling the story of her struggle under the brutish Zampanò (Anthony Quinn) as they tour Italy. La Strada has been restored in 4K by the Criterion Collection and The Film Foundation at Cineteca di Bologna’s L’Immagine Ritrovata laboratory, from a 35mm dupe negative preserved by Beta Film GmbH. With restoration funding provided by the Hollywood Foreign Press Association, it’s now available in Virtual Cinemas.

When Yeon Sang-ho was conceiving his new film Peninsula, the much-anticipated follow-up to his surprise 2016 hit zombie action film Train to Busan, there was no way of knowing that audiences would be watching it during an outbreak and societal breakdown of their own in the ongoing COVID-19 pandemic. Regardless, it’s difficult to dissociate many of its imagined extinction anxieties, quarantine paranoia, and various precarious systems of control being shattered from our very real ones. – Josh L. (full review)

Emotionally affecting if somewhat unfocused at times, Kim A. Snyder’s US Kids is an often inspirational documentary capturing the energy and personalities behind the March for Our Lives and Vote For Our Lives movements that sprung out of the mass shooting at Marjory Stoneman Douglas High School in Parkland, Florida. The film is most effective at chronicling the work and friendships of those in spotlight, including Emma Gonzalez, David Hogg, Cameron Kasky, and shooting survivor Sam Fuentes, all of which have become reluctant advocates in accelerating the conversation. – John F. (full review)

The True Adventures of Wolfboy (review)

Dear Zachary: A Letter to a Son About His Father
Directed by Catherine Breillat
Six Films by Faith and John Hubley

The Young Observant
Penance
Now, at Last!
A Fool
The Pirogue
The Voice of the Moon
Hagazussa: A Heathen’s Curse