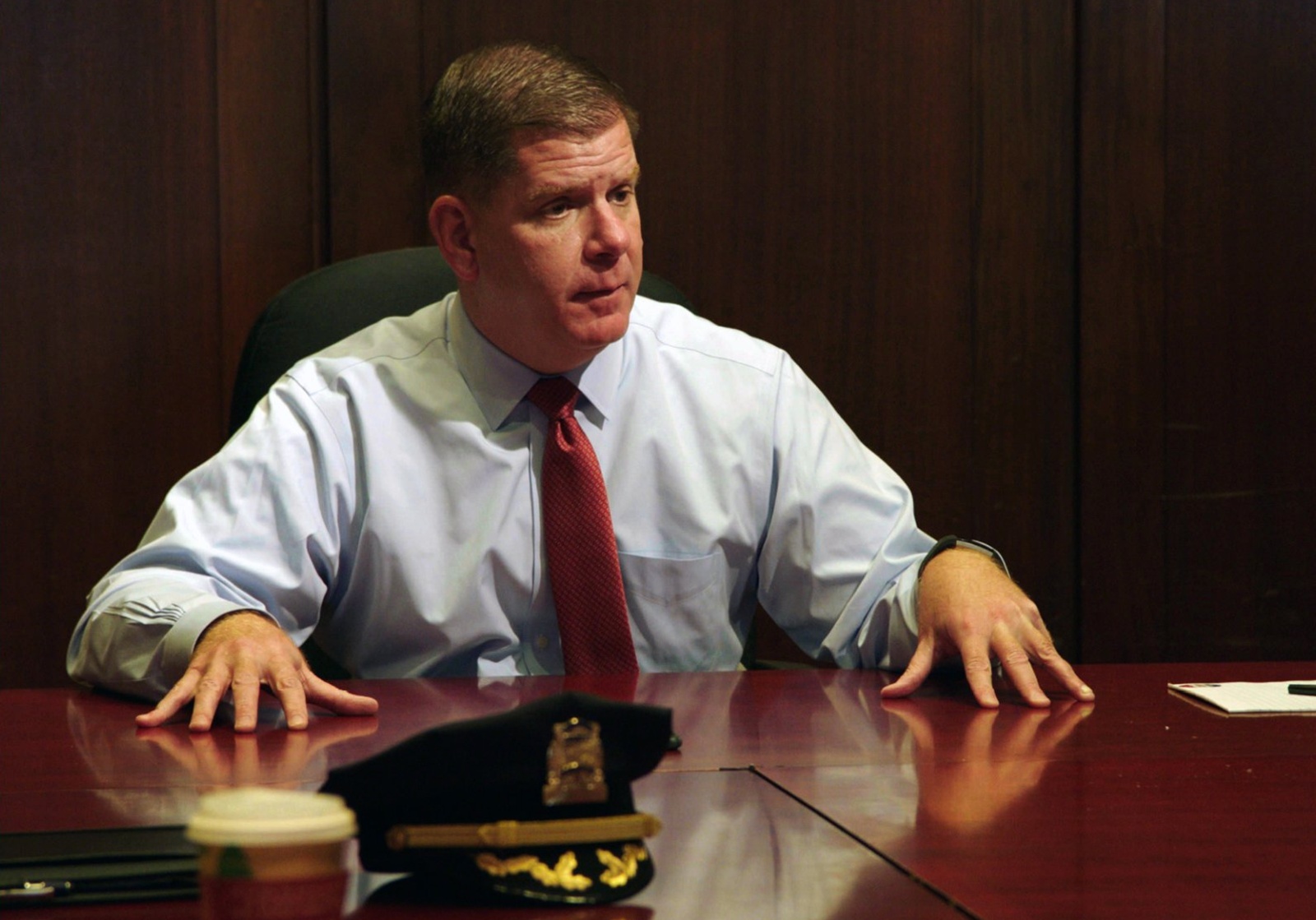 An opening shot of Frederick Wiseman’s National Gallery shows a man polishing the floor of a room walled with masterpieces. Recently writing about the moment for MUBI, critic Joseph Owen noted that “the politics of this institution exist in a subterranean passage: between its low-paid maintenance jobs and its disreputable oil sponsorships.” Petrodollars aside, it’s an observation that speaks in some way to any number of Wiseman’s films: the souls of the establishments he so dedicatedly and meticulously depicts are neither the heads on top, the public face, nor the multitude of working parts below, but something fluctuant and indefinable in the middle.

The director’s latest is a documentary epic, a sprawling four-and-a-half-hour study of Boston’s City Hall and its various satellite entities. And Wiseman is once again going in search of that middle—although this time with an uncharacteristic wink of subjectivity. It’s called City Hall but there’s the sense this title could be attributed to any number of his films. Over a career that has long passed its five-decade mark, Wiseman—who turned 90 this year—has given us High School; Hospital; Juvenile Court; State Legislature; and, in his last great masterpiece, Ex Libris: The New York Public Library. (We expect Petting Zoo, Water Fountain, and Department of Sanitation to be with us soon.)

His ability to ennoble even the dreariest of bureaucratic entities never ceases to amaze. City Hall comprises his signature hypnotic array of high and low duties and practices. (And meetings. All the meetings.) On one end we witness various discussions on homelessness and housing shortages (a clear concern in the city); NAACP focus groups; advocacy workers for disabled people; a community proposal for a weed shop; and plans for the Red Sox’s victory parade after winning the 2018 World Series. On the other end there is footage of cops issuing parking tickets; bike lanes being painted; and, in a surprising high point, a soothing rubbish compacting truck. There’s also plenty of Wiseman’s brand of humor and charm: a lovely little wedding sequence here; a few charming folks trying to talk their way out of parking tickets there. (Boston’s famous universities are notable for their absence.) As ever, we are left with a glimmer of hope for democracy and the human race.

Wiseman has called City Hall his most political film. And although the United States’ current President is only mentioned in passing, he looms large over the lives depicted. One of the most interesting things about the director’s recent Monrovia, Indiana—a film that honed in on a tiny community right in the heart of Trump country—was the sense of concerted effort being made to explore another side of American life. Having focused for so long on liberal institutions in coastal states, it seemed like an attempt to offer a fuller picture, if such a thing still exists. One of City Hall‘s longest and most interesting and moving sequences offers a sidelong nod to this: a Veterans meeting in which soldiers involved in WW2, Vietnam, Iraq, and Afghanistan share their war stories. Some men seem almost nostalgic for combat; others urge for peace. And Wiseman seems to linger on it, allowing each voice to be heard in full.

Wiseman’s devotion to this kind of evenhandedness––to finding the middle––is essential to his work so it’s interesting to watch City Hall and see it waver for once, however slightly. The central figure in the film is Mayor Marty Walsh, an affable and unlikely leader (if one with a classic misunderstanding of the Irish immigrant). It’s not unlike the director to strongly feature the person in charge of the institution in question (he did it most recently in At Berkeley and Ex Libris), however it is striking to see him offer a working politician––one up for reelection next year, no less––such a platform. We see Walsh continuously, at various points taking a strong stance on gun control; serving Thanksgiving dinner at a Goodwill; and delivering speeches—not least at the end, walking to the stage after a bombastic rendition of the national anthem. It’s not exactly agitprop, but intriguing to see. If ever there was a time, and so forth and so on.