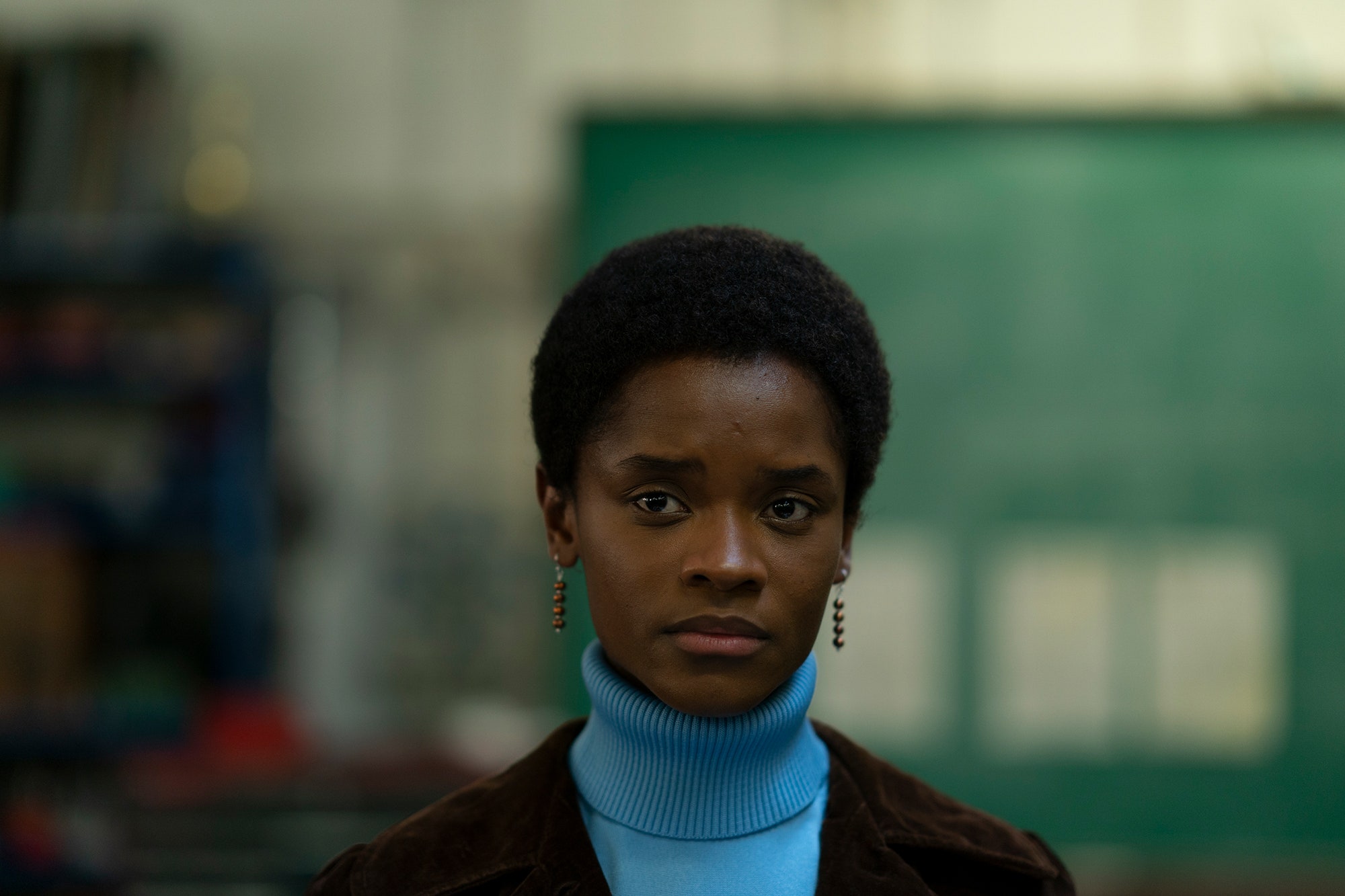 30 Years of The Film Foundation

Set in the remote village of Ainu, a UNESCO World Heritage site that has been transformed into a tourist destination filled with shops and performances, Ainu Mosir is a tender coming of age story about Kanto (Kanto Simokura) 14-year-old young boy grappling with his identity after the recent passing of his father. His traditions, including his language, has become a form of performance that grows contentious amongst the elders who navigate this tension in closed-door council meetings as they discuss reviving a sacred tradition that will undoubtedly horrify tourists from all over the world. Language is a primary tension throughout; while most everyone speaks Japanese, an effort is made to preserve the Ainu language which is taught in schools and to adults who have migrated to town to work in the shops–all while English announcements tout the cultural resources of the remote town, including its hot springs. – John F. (full review)

Trust is earned, not given. Just because you believe you’re a just person who’d do everything in your power to protect the less fortunate doesn’t mean they should blindly provide their allegiance. They need to know for sure that what you say and do is true. They need to know that you aren’t acting one way via deception in order to act another way later out of some warped notion of entitlement. There are too many people in this world who believe that the bare minimum is worth both material spoils and sainthood to want for nothing in this life and the next. It’s how billionaires justify yearly earnings off the backs of others’ labor—turning so-called charity into profit. True heroes, however, never feel owed. We therefore ask ourselves whether or not Tomaz (Alec Secareanu) is someone who deserves the trust of strangers or if he’s someone who demands it. – Jared M. (full review)

Born to Be (Tania Cypriano)

How does a self-taught upright bass player who dropped out of Julliard to pursue his parents’ dream of medical school become a bona fide superhero? Easy. He raised his hand. Dr. Jess Ting may have graduated at the top of his class and found success as a New York City plastic surgeon, but none of that compares to the courage and humanity shown when agreeing to lead the newly-formed Center for Transgender Medicine and Surgery at Mount Sinai Hospital. The position was created in 2015 as a response to state requirements declaring that all health insurance plans must now cover gender-affirming surgery and everyone else said, “No.” More than that, they wondered why Ting said, “Yes.” Think about that. They couldn’t understand why he wanted to help people. – Jared M. (full review)

With a small theatrical release and its runtime of four hours (split across two parts) it’s not particularly surprising that Patrick Wang’s A Bread Factory went overlooked a few years ago, but one should seek it out. One of the best American indies of 2018, it is a Rivettian look at an upstate theater company that takes both an authentic look at the mechanics of survival in the arts and a fanciful approach at showing the joy of performance. I don’t imagine the entire thing will work for everyone, but there are too many delightful bits to let it pass by. – Jordan R.

Part journalism procedural and part depressing exposé, Alexander Nanau’s verité documentary Collective examines the institutional corruption at the heart of the Romanian health care sector. The existence of such organized malfeasance will come as no surprise to anyone who has seen any of the Romanian New Wave films that touch on the country’s nightmarish bureaucracy. But, really, any sentient human being living in the western world won’t be blindsided by the fact that for-profit industries cuts corners or that government officials outright lie to the press about various wrongdoings. Many Americans, currently living through an epistemological crisis of staggering proportions, are now slowly inured to such ugly realities. – Vikram M. (full review)

Where to Stream: Virtual Cinemas, VOD

Something is wrong from the very first moments of Gone Girl, David Fincher’s sinister, immensely entertaining tenth film and an adaptation of Gillian Flynn’s pulpy bestseller. Before Amy Dunne (Rosamund Pike) goes missing on her fifth wedding anniversary, before her husband Nick Dunne (Ben Affleck) quickly becomes the prime suspect, and before the multitude of twists and turns that follow, the ever-precise Fincher foreshadows his all-encompassing, disconcerting tone through simple opening credits. – Jordan R. (full review)

A movie so audacious in concept and execution, it should get the blood pumping within the first ten minutes, and by the last ten, you’ll be breathing a sigh of relief while cheering with such fervor your head will spin. Like the best of Tarantino’s work, it sends a love of cinema coursing through your veins. Christoph Waltz gives the best performance of its respective year, and what will likely be his career. It has a brain behind the brashness that is uncommon in today’s multiplexes, and will sadly continue to be. – Nick N.

Always bold to some degree, seldom less than ambitious, William Friedkin’s career as a filmmaker has resulted in countless awards; box offices records broken; and left us with more than a few classics. While adept behind a camera he’s also an entertaining personality in front of one. Gifted with a voice worthy of sports broadcasting, he manages to appear even larger than his resume–in the same way his contemporary Peter Bogdanovich often does, another director who kept a foot in both “New Hollywood” and the gilded past of cinema history. Yet Friedkin is perhaps the only filmmaker so intrinsically linked with both the birth of New Hollywood (The French Connection, released in 1971, would be the first of that generation to win the Academy Award) and, unwittingly, with its ideological demise. – Rory O. (full review)

Mangrove covers the incidents precipitating, and including, the trial of the Mangrove Nine, a group of British Black activists unduly tried for inciting a riot during a demonstration against the Metropolitan Police. The Mangrove, a West Indian restaurant in the Notting Hill area, was a crucial space for the surrounding Black community, and was the meeting place for many prominent intellectuals and Black Panther activists, like Darcus Howe (Malachi Kirby), Altheia Jones-LeCointe (Letitia Wright), and Barbara Beese (Rochenda Sandall). The Metropolitan Police sought fit to constantly harass its owner, Frank Crichlow (Shaun Parkes), and repeatedly raid the restaurant under suspicion of gambling, prostitution, and drug use. When a protest against the police turned violent, Crichlow and other community members find themselves on trial defending their right to exist against a colonialist system all too prepared to classify them as thugs. – Vikram M. (full review)

The Mole Agent has quite the premise, and it seems intent to follow it at first. Outside of Santiago, Chile in the district of El Monte, a family suspects that their matriarch, Sonia, is a victim of elder abuse at her nursing home. They’ve reached out to a private investigator named Romulo for help, but he can’t get inside the home himself. Instead, he puts a job ad in the paper, and less than five minutes into Maite Alberdi’s documentary, we have our title character: 83-year-old Sergio. The widower and father of three is to check into the facility, observe Sonia, and get information back to Romulo. – Matt C. (full review)

A “religious western” is how Moroccan-based Spanish director Oliver Laxe describes his second film, Mimosas, winner of the top prize at Cannes’ Critics’ Week. It’s a spiritual, ambiguously plotted journey through the Atlas Mountains, and those willing to give in to its mystical embrace and gorgeous visuals should find it a sensual, engrossing watch. – Ed F. (full review)

One of Sundance’s most stunning break-outs in the past decade was Martha Marcy May Marlene, Sean Durkin’s remarkably crafted, psychologically deft exploration of an upstate New York cult starring Elizabeth Olsen. After nearly a decade, the director finally returns to the festival with his feature follow-up The Nest, another exquisitely mounted drama that revels in letting minute character details slowly become elucidated as Durkin puts trust into his audience to pick up the pieces along the way. In peeling back the layers of a fractured family and the soulless drive for wealth, the emptiness underneath is patiently revealed, so much so that it backs itself into a heavy-handed corner. – Jordan R. (full review)

David Copperfield (Dev Patel) has a story to tell. It begins with his cute, precocious little self (Jairaj Varsani) making mom laugh and nanny Mrs. Peggotty (Daisy May Cooper) laugh even harder. He’s a headstrong boy with dreams of joy thanks to the overflowing love shown to him by everyone but his aunt (Tilda Swinton’s Betsey Trotwood) … for now. Like most widowed women of thirty with an estate in the Victorian Era, however, remarrying is a foregone conclusion for Ms. Copperfield. Enter the viciously domineering Mr. Murdstone (Darren Boyd) and his sister Jane (Gwendoline Christie), an untenable atmosphere for David, and the first layover on a memorably arduous life by way of child labor in a bottling factory. It gets worse before better and then worse still.- Jared M. (full review)

The hospital equipment beeps above doctors frantically at work to save a baby in crisis, her mother awaiting news in another room. Then the textual definitions of numerous diseases arrive on-screen one after another to foreshadow the difficult road ahead for both parent and child to beat the odds and persevere. So seeing Diane Sherman’s (Sarah Paulson) smile when asked by the leader of her homeschooling parents group if she’s ready to watch eighteen-year-old Chloe (Kiera Allen) head off to college is all we need to know that they succeeded. They accomplished it together with a copious amount of pills, a sprawling garden of fresh vegetables, and a seemingly bottomless wealth of unshakeable love. All that’s left is the acceptance letter they know is on its way. – Jared M. (full review)

Have we enough evidence to name Michael Almereyda the American cinema’s greatest biographer? It’s a narrow range and hardly the highest bar to clear, yet his oeuvre yields both biopics (delightful whatsit Experimenter) and documentaries (This So-Called Disaster, about Sam Shepard; William Eggleston in the Real World; and Escapes, on the subject of actor and Blade Runner scribe Hampton Fancher) that show the largely unloved, oft-uncinematic concentration for everything it’s capable. This week sees the addition of Tesla, Almereyda’s formally playful examination of Nikola Tesla’s life, work, legacy, and (because nothing is as it seems) vocal skills; he’s here reunited, some 20 years after their fantastic Hamlet, with Ethan Hawke in the title role and Kyle MacLachlan as Thomas Edison, while Eve Hewson, playing Anne Morgan, is our guide through this film’s puzzle. – Nick N. (read his interview with the director)

Look out: we have a new entry in the “Great Man” biopic subgenre, one that has spawned films as varied as John Ford’s The Long Gray Line and, uh, Jay Roach’s Trumbo. Joining the ranks is Matthew Rankin’s The Twentieth Century, which, with great aplomb, takes the piss out of Canadian history, showing us The (gradual) Taking of Power By William Lyon Mackenzie King, this nation’s 10th Prime Minister. – Ethan V. (full review)