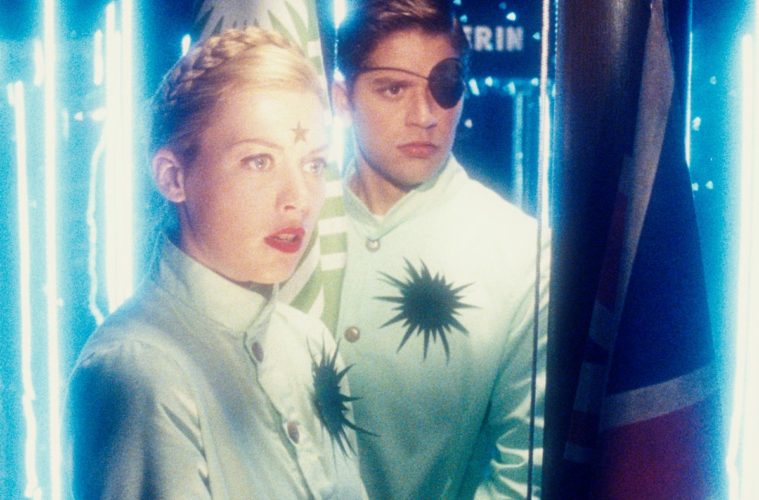 TIFF Review: ‘The Twentieth Century’ Excitingly Takes the Piss Out of Canadian History

Look out: we have a new entry in the “Great Man” biopic subgenre, one that has spawned films as varied as John Ford’s The Long Gray Line and, uh, Jay Roach’s Trumbo. Joining the ranks is Matthew Rankin’s The Twentieth Century, which, with great aplomb, takes the piss out of Canadian history, showing us The (gradual) Taking of Power By William Lyon Mackenzie King, this nation’s 10th Prime Minister.

Already assuming that the majority of people reading this don’t recognize his name, Rankin takes upon a large aesthetic gambit that may alienate non-Canuck viewers further, shooting the movie almost entirely against a green-screen, making the film’s “exteriors” into cartoonish backgrounds. Indulging in geometry to a degree that would make Paul W.S. Anderson blush, the movie at times recalls both ’50s and ’60s animation as well as Soviet propaganda. It’s the most exciting kind of aesthetic pastiche, one that swirls together so many different flavors that it feels like something wholly new.

Set mostly in Toronto circa 1899 and making sly references to multiple neighborhoods, Century‘s sleek glass look in its own way perfectly represents the chilly neoliberal city par excellence as it stands. Rankin is definitely taking on Canadian identity to a great extent: with the nation often seen as the “little brother” to the United States or the British Empire (not to mention the whole Quebec separatist issue), Canada’s own crisis is represented in the nebbish King (Dan Beirne).

Proceedings are split across ten chapters as he realizes his manhood and leadership skills. Played by Beirne with great beta energy as he struggles with alpha-male tasks (leg-wrestling, baby-seal-clubbing), he comes off as a weak joke to peers, and at home faces an overbearing mother and a father who must tend to an animatronic bird for attention. Not to mention seeking the romantic affection of British officer Ruby Elliot (Catherine St-Laurent), who seems to have other interests, he’s never quite the strong, confident future leader one would assume. And frankly, he may never be.

Though the synopsis probably doesn’t articulate how much the movie is built on bawdy humor, it indulges multiple jokes about cross-dressing and semen that might not be to everyone’s tastes.  Yet anyone from Winnipeg, Manitoba, will be sure to laugh at King’s brief jaunt to the city, here seen as an apocalyptic hellhole straight out of an ’80s Gilliam movie.

The whole biopic-as-baroque-aesthetic-experiment joke may wear a little thin by the end, and one can see the resort to graphic violence for its climax as just a little bit of a sign of running out of ideas–or perhaps pandering to cult-movie requirements too much. Yet I’d argue it sustains momentum better than most of fellow wacky Canadian aesthete Guy Maddin’s films. And regardless, one hopes The Twentieth Century points to a bold new direction for Canadian cinema: one willing to laugh at itself while taking very seriously aesthetic ambition.