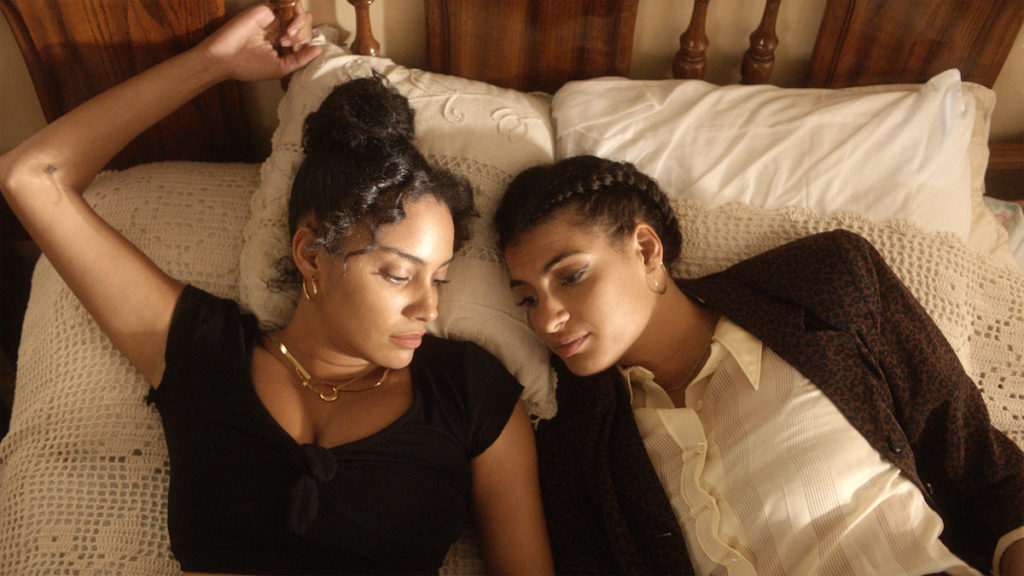 De Lo Mio begins with a tidy visual metaphor: a man carefully opens many blinds to let light into a dark room. The three siblings in Diana Peralta’s debut feature try keeping it respectable when they reunite in the Dominican Republic to clean out their grandmother’s home, but family history quickly rears its ugly head and, soon, long-buried emotions are dredged up. Grudges merely fester like an open wound if they aren’t confronted, Peralta argues. Why not use sunlight, the best disinfectant available, to clean it up before it’s too late?

Rita (Sasha Merci) and Carolina (Darlene Demorizi) travel from New York to Santiago to help their estranged brother, Dante (Héctor Aníbal), sell the family property and collect some money. The two sisters mourn their late grandmother and express regret that they didn’t help out when she fell ill, a lapse Dante clearly resents. Similarly, Rita and Carolina begrudge Dante for never traveling to the U.S. to see their dying father, but Dante never forgave the patriarch abandoning him for greener pastures. Meanwhile, Dante has his own son whom he hasn’t seen because of a strained relationship with the mother.

Peralta’s playbook for De Lo Mio is too obvious to promise any major narrative surprises. Tensions simmer. Fights are had. Tears are shed. Relationships are tentatively mended. The family achieves some minor catharsis along the way. Nevertheless, a macro narrative arc doesn’t negate the myriad micro pleasures. Peralta adopts a keen observational eye and she’s notably comfortable with silences. De Lo Mio features lengthy sequences of the siblings simply rummaging through their grandmother’s home, silently cataloging a lifetime’s accumulation of material. The property’s glorious foliage receives necessary attention in a slow panning shot of the trees from a low-angle vantage. A lengthy, delightful sequence–much of it in a single long take–has the siblings dancing to their grandmother’s records, connecting with their heritage while also indulging in joyous nostalgia, all without Peralta hanging a lampshade on the affair. These quiet, contemplative moments keep De Lo Mio afloat.

De Lo Mio loses footing whenever Peralta relies upon dialogue to communicate subtext. Her subjects are boisterous and emotional, and it’s understandable that their feelings are openly explored. But explicated interiority strains to sound credible; it’s constantly playing to the audience. Rita, Carolina, and Dante speak as if they’re informing the viewer rather than speaking to a knowing crowd of intimates, which renders the emotional framework frustratingly schematic, mostly because Peralta’s formal eye far exceeds her film’s narrative demands. A silent extended nightclub sequence captures the tourist sisters’ reckless abandon and how it’s at odds with Dante’s deep-seated frustration over Santiago’s claustrophobic nature. It’s dispiriting that these ideas communicated visually are later reiterated with dialogue in a contrived fashion. De Lo Mio excels whenever Peralta allows her characters’ emotional makeup refract through and reflect off their environment. There’s no need for words to get in the way.