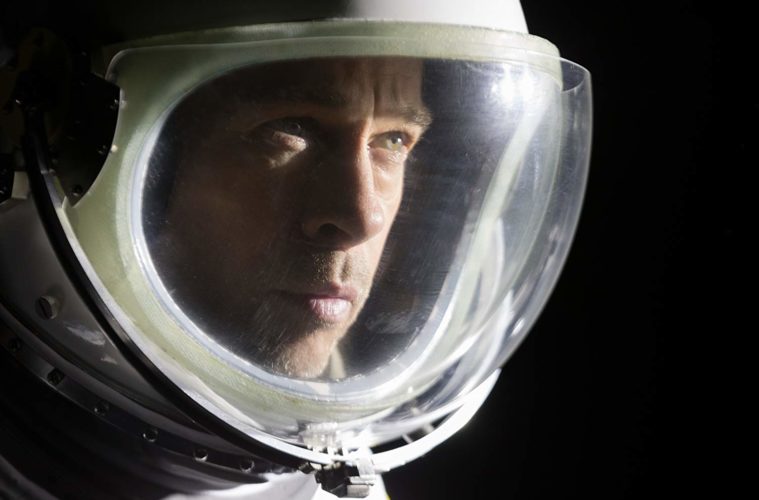 Our massive, two-part fall preview of the arthouse and foreign films to see this season (plus a few studio highlights) will give one an overview of the next four months, but now it’s time to dive a bit deeper. Our September preview features a few of the notable films that recently landed at festivals and beyond, including a good amount of genre fun.

As TIFF approaches, one of our favorites from last year is finally getting a release. This psychological sci-fi bending thriller conveys the story of seven-year-old Chloe (Lexy Kolker) who has been locked in an abandoned house by her paranoid father (Emile Hirsch), protecting her from unseen horrors in the process. Jared Mobarak wrote in his review, “The film ultimately expands to encompass a worthwhile mythology with ample sequel potential…Fantasies and dreams crafted by a seven-year-old girl’s imagination give pause because the results of such interludes have a lasting effect on the future. And every little detail — straight down to a smiling child holding out a melting ice cream without caring that it’s pooling atop her hand — carries weight. Not a second is wasted.”

A film shoot can be grueling enough, but add real zombies to the mix, and it will turn into one’s worst nightmare. The acclaimed Japanese horror-comedy One Cut of the Dead follows a film crew making their own zombie horror film when real zombies turn up and the director keeps rolling. Written, directed, and edited by Shinichiro Ueda with a budget of just $25,000, it went on to gross over $30 million worldwide and will now arrive in the United States this month. Set for a release by Shudder and Variance Films, the Fantasia and Fantastic Fest winner opens in NY and LA on September 13 and will have over 60 one-night screenings across the country on September 17.

A highlight on the festival circuit since its BAMcinemaFest premiere back in 2018, Chained for Life, starring Jess Weixler and Under the Skin star Adam Pearson, will finally arrive in theaters. Leonardo Goi said in his review, “‘Do you feel like the story is exploitative?’ a journalist asks actress Mabel (Jess Weixler) about the new film she’s starring in, early into Aaron Schimberg’s brilliant second feature Chained for Life. In a meta-melodrama that constantly seesaws between fiction and reality, sprawling across a labyrinthine and multi-layered narrative that seamlessly jumps from one textual plane to another, I found myself wondering whether the question was in fact leveled at Schimberg’s own work.”

Chris Morris’ latest film isn’t the dark comedy knock-out that was his debut Four Lions, but it still aims to throw some incendiary darts at its scattered board. Premiering at SXSW, the film follows an FBI operation to turn an innocent black man into a criminal. John Fink said in our review, “Allegedly based upon a hundred true stories, The Day Shall Come, directed by Chris Morris (Four Lions), is another comedy satirizing the theatrics involved in the theater of war–this war, of course, is the War on Terror. This is difficult material to farm laughs from and the film is only marginally successful at showing the absurdity of a sting where competing organizations waste resources frying small fish that otherwise may be harmless. ”

Two stand-outs of modern horror have teamed for a new genre feature. It stars–It Follows lead Maika Monroe and It‘s Pennywise himself Bill Skarsgård–get more than they bargained for when a home invasion goes awry in Villains. Directed by Dan Berk & Robert Olsen, the film premiered at SXSW to strong acclaim and after a fun trailer, it’ll arrive this month. Considering Skarsgård’s other major horror film of the year clocks in at nearly three hours, we’ll take this sub-90-minute genre outing instead.

Following his extraordinary documentaries Senna and Amy, Asif Kapadia is back to capture another legendary figure. Rory O. Connor said in his review, “Professional football (or soccer, if it pleases) has never really lent its wonders to the big screen. Lacking the glitz of North America’s more popular team sports or even the staggering, gladiatorial heroism of something like boxing, when it comes to cinematic myth making the so-called beautiful game has always, for one reason or another, faltered. The new documentary Diego Maradona attempts and at times succeeds in addressing that situation by zooming in on the tumultuous years that the Argentinian footballer Diego Maradona–still believed by many to be the greatest ever to play the game–spent at Napoli, an Italian football club based in the city of Naples.”

One of my favorite films at New Directors/New Films this year is getting its first U.S. release arriving on MUBI this month. Leonardo Goi said in his review, “Halfway through Phuttiphong Aroonpheng’s hypnotic feature debut, Manta Ray, two men put up Christmas lights around an unadorned riverside shack. They’ve known each other for a while, but seldom speak: one (Wanlop Rungkumjad) is an unnamed Thai fisherman with dyed blonde hair; the other (Aphisit Hama) is a mute man whom the fisherman has found agonizing in a remote stretch of mangroves by the border with Myanmar, and has taken home to look after. The lights are to serve as decoration for a party the two are throwing that same night, but the sun is still high on the horizon; smiling ecstatically at the makeshift disco, the fisherman suggests the two should nap to make the day go by faster. And so they do.”

The sophomore feature from writer/director Justin Chon, who wons at Sundance in 2017 with his debut Gook, is back with Ms. Purple. Dan Mecca said in his review, “Not unlike his debut film, much of this feels messy. It’s an aesthetic that proves a value add, thanks to solid work from cinematographer Ante Cheng. The relatively spare script (Chon co-writes with Chris Dinh) allows for the actors to develop their characters while the short running time (87 minutes) maintains a brisk pace.”

There’s a preternatural feel to the opening sequences of Monos, the brutal, unflinching third film from Colombian-Ecuadorian filmmaker Alejandro Landes (Cocalero, Porfirio). As if we’re floating through clouds at the edge of the world, we witness a group of children, blindfolded, playing soccer, the fear instilled that a misaimed kick could send the ball hurling into the unknown oblivion below. With information patiently, sparingly doled out–even up until the final moments–we learn this tight-knit clan is, in fact, a rebel group in the mountains of Latin America, sporadically visited by a commander but mostly given orders through a radio. Left to their own devices, the two most crucial responsibilities they are given are to care for a cow named Shakira and oversee a kidnapped American engineer, only referred to as Doctora (Julianne Nicholson). Read my full review.

With his last film being released in 2014, we’ve been waiting some time for Jim Mickle to return after Cold in July and now he’s back, reteaming with Michael C. Hall. Set for a Fantastic Fest premiere and Netflix release, In the Shadow of the Moon follows a police offer (Boyd Holbrook) on his way to becoming a detective as he tracks down a serial killer. As the synopsis reads, “When the killer’s crimes begin to defy all scientific explanation, Locke’s obsession with finding the truth threatens to destroy his career, his family, and possibly his sanity.” Initially reported to include some sci-fi elements, we’re looking forward to Mickle and company delivering another hard-boiled genre outing.

The films of Takashi Miike don’t always get U.S. distribution, but thankfully after a strong response at Cannes, First Love will arrive this month. Rory O’Connor said in his review, “The last film legendary Japanese ultra-violence auteur Takashi Miike brought to Cannes’ Directors’ Fortnight (Yakuza Apocalypse, 2015) featured a character that was essentially a person in a felt frog costume that looked like it’d gone through the wash a few too many times. The being had a knack for martial arts and, like some acid-trip Sesame Street version of the four horsemen, was said to signal the coming apocalypse. So to note that First Love, Miike’s latest deliriously violent mob film, which opened this week in that same renowned sidebar, is the more sober of the two is to perhaps not say a whole lot.”

One may wonder just how the Zach Galifianakis web series Between Two Ferns could be expanded into a feature film, but in the hands of Scott Aukerman, our fears are kept at bay. Netflix is keeping the surely massive of cast cameos a tight-lipped secret, thankfully, so we expect many surprises are in store come this September. “We shot it like an actual documentary, where we built a public-access station and we shot at it. And if something came up where one of the actors would improvise something, we would then get with our production designers and production team and go shoot that scene that just came up in the improvising. So it was really a fun, cool way to do a movie,” Aukerman recently told Vulture.

When the directing duo known as DANIELS brought Swiss Army Man to Sundance in 2016 they took audiences aback with their peculiarly original vision, involving fart-propelled, jet-skiing corpses and boner compasses. Daniel Scheinert, one-half of the directing team, has now returned with The Death of Dick Long, a more naturalistic but also funnier (and more disturbing) follow-up. A butt rock epic built on bad decisions with plenty of affectation for its idiotic characters, the deeply dark comedy does for small-town Alabama what Fargo did for Minnesota. Continue reading my full review.

Following High Flying Bird, Steven Soderbergh is back with Netflix for the Panama Papers drama The Laundromat. With the wildly varied cast of Meryl Streep, Gary Oldman, Antonio Banderas, Jeffrey Wright, Matthias Schoenaerts, David Schwimmer, Alex Pettyfer, James Cromwell, Sharon Stone, and Will Forte, Rory O’Connor was a big fan at Venice, saying in his review, “A new entry into the financial satire sub-genre of Soderbergh’s filmmaking (a list including The Informant!, High Flying Bird, etc.), his new movie The Laundromat is an air-tight, tumultuous info-graph about our rotten to the core financial systems and, in particular, the 2016 Mossack and Fonseca leak, when millions of the Panamanian law firm’s files were anonymously leaked to the press.”

It’s been nearly a year since the release of James Gray’s long-awaited space drama Ad Astra had been promised, but after a few delays and an entire conglomerate merger, it is finally arriving in a wide release. Starring Brad Pitt, Tommy Lee Jones, Ruth Negga, Donald Sutherland and Jamie Kennedy, the film follows our lead as astronaut Roy McBride who sets out on a mission to find his missing father and, of course, discover more mysteries of our vast solar system. While our Venice review was a bit cooler than most, I still simply can not wait to experience one of my favorite directors embark on something of this scale.