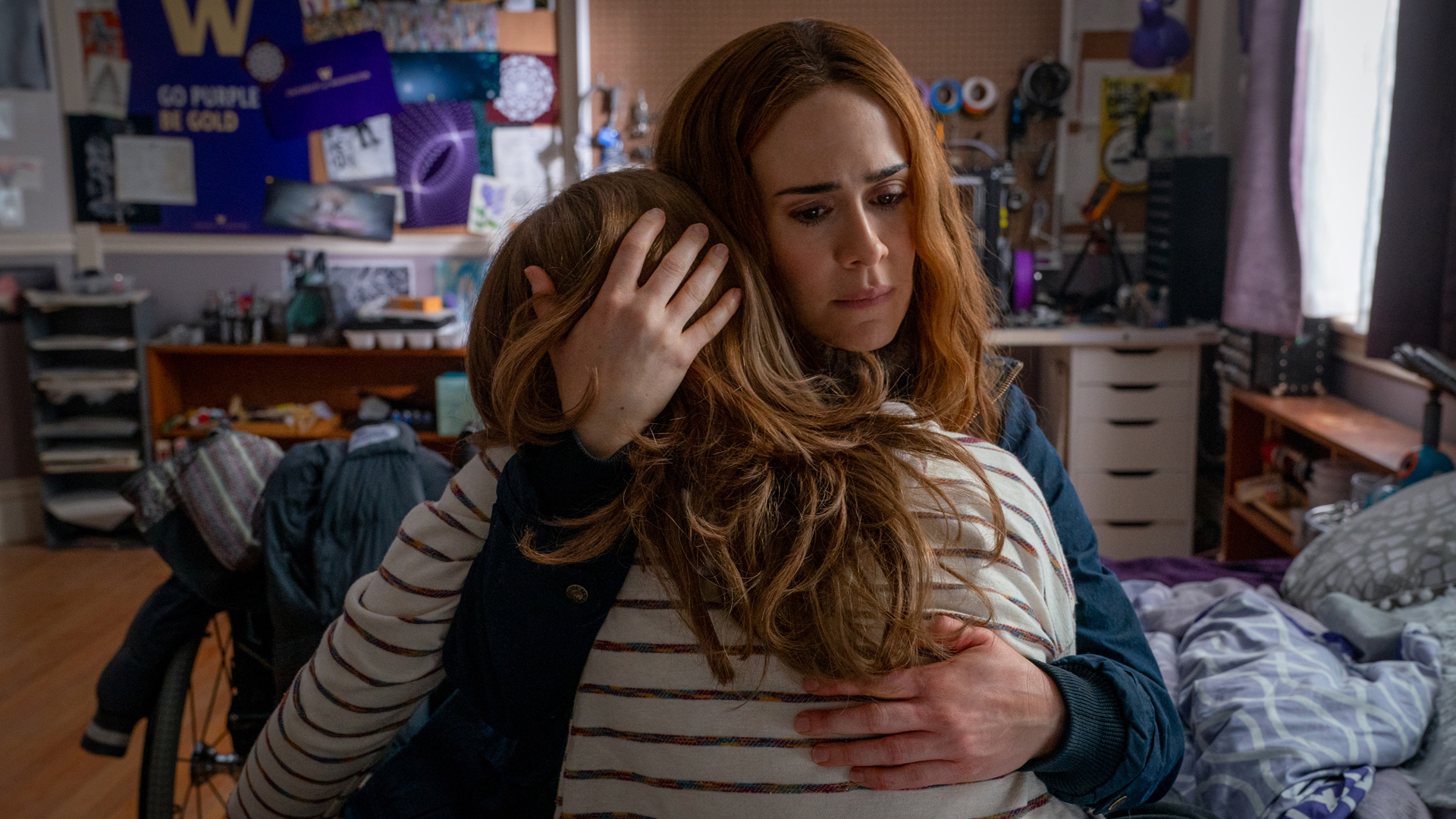 The hospital equipment beeps above doctors frantically at work to save a baby in crisis, her mother awaiting news in another room. Then the textual definitions of numerous diseases arrive on-screen one after another to foreshadow the difficult road ahead for both parent and child to beat the odds and persevere. So seeing Diane Sherman’s (Sarah Paulson) smile when asked by the leader of her homeschooling parents group if she’s ready to watch eighteen-year-old Chloe (Kiera Allen) head off to college is all we need to know that they succeeded. They accomplished it together with a copious amount of pills, a sprawling garden of fresh vegetables, and a seemingly bottomless wealth of unshakeable love. All that’s left is the acceptance letter they know is on its way.

This simple desire drives Chloe at the start of director Aneesh Chaganty and co-writer Sev Ohanian’s sophomore effort Run. No matter what she’s doing when their mailman Tom (Pat Healy) walks up the driveway, she’s spinning her wheelchair to the door in anticipation. Before she can get there, however, Diane always seems to be in the way with envelopes in-hand to reveal how it’s another day without answers. So it’s back to the books. Back to tinkering with the 3D printer in her room. Back to a weirdly analog life despite a genius technological mind that’s able to fix anything without needing even a cursory Google search. That’s what happens when you’re without your own computer or cellphone to rely upon. Everything she needs is in her head.

Well, there and with her mother. Diane is caretaker, teacher, cook, and friend after all. She fills prescriptions, draws up lesson plans, cooks meals, and provides company. Unless Diane is subbing at the local high school or watering their plants, she’s in that house right alongside Chloe to ensure it never feels like a prison. How could it feel that way with a dynamic built upon a foundation of trust? Chloe wants for nothing except the chocolate truffles for whose extra sugar her mother carefully plans each dinner to provide room (add diabetes to her inability to walk, asthma, arrhythmia, and other equally severe ailments). So why not sneak into the grocery bag to steal a few? All she risks is a stern look if caught.

If there’s one thing about Run that makes suspension of disbelief a struggle, it’s that Chaganty and Ohanian go out of their way to ensure we know Chloe is bright, resourceful, and capable despite everything she’s faced in life. It’s therefore hard to believe it would take this long for her to find something that demands suspicion where it comes to Diane—especially since the surprise bit of grocery evidence calling her mother’s motives into question leads into a tense cat and mouse chase almost overnight. Because the journey is so rapid and anxiety-inducing, however, it’s easy to forget that truncated timeline in order embrace the adrenaline rush of fear and uncertainty that suddenly places a cloud over everything. Chloe’s rabbit hole descent can’t help but entertain.

It’s not unlike the filmmaking team’s debut Searching in this way. Things become so densely atmospheric so fast that you almost don’t have time to look for the strings behind the action. Where things differ is in the fact that Chaganty and Ohanian have definitely learned a bit about keeping those strings hidden in ways that render their latest film a welcome step-up narratively. By gradually providing certain clues initially devoid of purpose, they’re actually shedding light on and alleviating my aforementioned struggle via hindsight. Rather than simply pull the rug and retroactively fit the pieces together at the eleventh hour, they’ve set a much more complex and nuanced trap with multiple layers ensuring every new discovery comes with another puzzle to solve. Every answer doubles as deflection.

The whole isn’t without some silly progressions or ham-fisted emotional triggers to action, but they’re more forgivable here than in its predecessor. It helps that the film takes a left turn about halfway through from psychological thriller seeking truth to a broader “impossible” escape adventure upon discovering it. Chaganty and company have a couple more tricks up their sleeves, but the first problem’s reveal really shifts the tone from curiosity to survival in ways that push Paulson’s Diane to the brink of losing control. Add the additional physical complications of “running” away from a nightmare that come with Chloe’s inability to walk (Allen’s casting is a testament to accessibility as a wheelchair user herself) and it’s impossible not to become fully invested in the constant threat of danger.

You should go in with as little knowledge of what’s happening as possible so I won’t say too much more about the plot. There honestly isn’t that much more to say beyond its secrets anyway since the final two-thirds of the runtime consist of maybe five extended set pieces continually ratcheting up the suspense. The filmmakers do a real nice job of utilizing horror tropes within them to create a palpable sense of dread throughout with camera work (kudos to aesthetics too as moments shot at wheelchair level with heads cutoff are very effective), Allen’s labored breathing as a creator of stress in tandem with the score, and Paulson’s expert precision in turning cheery dispositions to domineering control via gaslight. Neither woman is giving up without a fight.

Run world premiered at the Nightstream Film Festival and arrives on November 20 on Hulu.