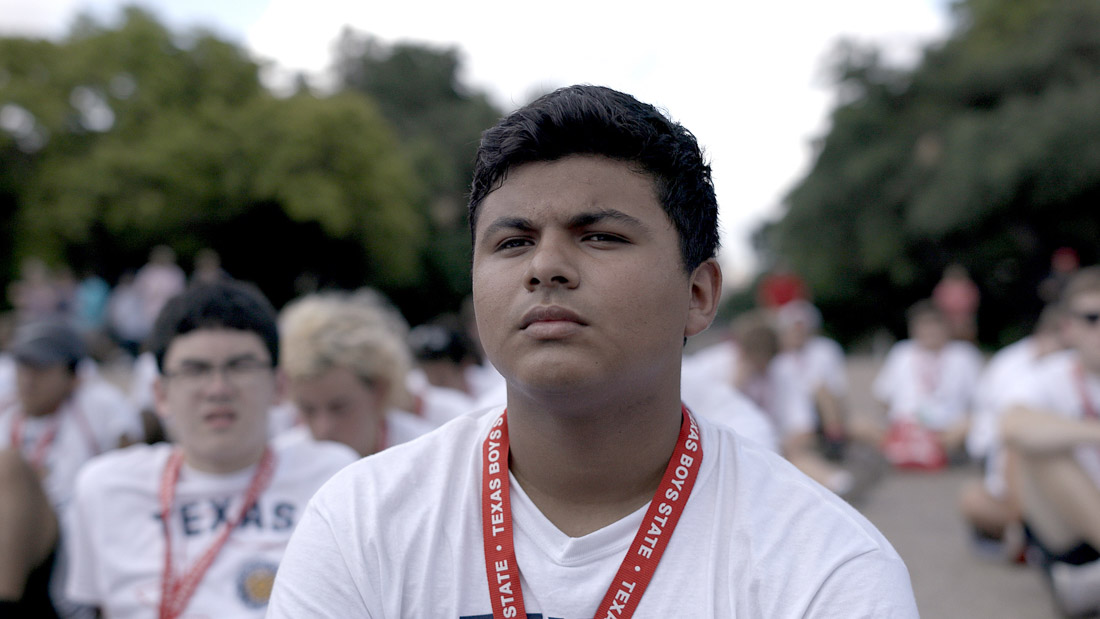 The director herself calls An Easy Girl a “simple film on a complex subject,” which is as fine a one-liner as I’ll ever come up with. This is a straightforward coming-of-age story from France, a country for whom this is almost a national cliché, but elevated by a key eye for gender roles of its protagonists and an up-to-date message for a teenage generation growing up in a #MeToo world. – Ed F. (full review)

Thanks to a bout of syphilis contracted before the age of fifteen, Alphonse Gabriel “Scarface” Capone found himself trapped inside a prison much worse than the federal penitentiaries in which he also spent time. With almost seven years spent within their concrete walls, the notorious gangster had almost eight more to live within the confines of a rapidly deteriorating mind. We can therefore speculate about the dementia’s effect on his already volatile personality because we understand how the disease operates. Pair the fact that he was probably drifting in and out of time (while suffering multiple strokes) with the darkly violent past he enjoyed and we can begin imagining the torturous prospect of reliving his worst memories without the innate ability to numb his body to their pain. – Jared M. (full review)

Inappropriate to say Paulo Rocha’s extraordinary second feature is ahead of its time—in fusing compelling narrative, scrupulous characterization, and documentary realism, Change of Life represents ambitions deferred 54 years after the fact. No wonder Pedro Costa, who oversaw this restoration, speaks so intensely of this Portuguese masterpiece. Said restoration makes its US debut courtesy of Grasshopper Film, who are also showing Rocha’s fantastic debut The Green Years. Like that film, it’s a spark to one’s cinephilia, a reminder of what remains undiscovered.

As we enter a tumultuous election year, Amanda McBaine and Jesse Moss’ extraordinary portrait of a democratic process in microcosm is both a testament to how Washington, D.C. and the rest of the country could achieve bipartisanship as well as a look at what has led to such a fractured political system. – Jordan R. (full review)

The first feature-length concert film with live sound, Jazz on a Summer’s Day paved the way for movies like Monterey Pop and Woodstock. Photographing the 1958 Newport Jazz Festival, director Bert Stern and his crew captured performances by Thelonious Monk, Dinah Washington and Louis Armstrong, among many others. A historic achievement, added to the National Film Registry in 1999, it was the first opportunity for some viewers to see these stars on stage, in color. To celebrate the film’s 60th anniversary, the non-profit IndieCollect and the National Film Preservation Foundation financed a new, 4K restoration that enhanced the soundtrack as well as the color camerawork. The restoration played to sold-out screenings at last year’s New York Film Festival, and is now streaming available via Kino Lorber’s Virtual Cinema platform Kino Marquee. With the film now available for a wider audience, the makings of capturing this momentous event provide a fascinating look at the evolution of the concert film. Read Daniel Eagan’s full feature.

There are some huge ebbs and flows in Dan Gilroy’s Nightcrawler. At times I loved it, others I felt bad for laughing, and some instances made me wonder what exactly it was I was watching. In the end, however, I can unequivocally say it’s a gem of a lean, mean film that never lets its foot off the gas pedal with an iconic antihero in Jake Gyllenhaal’s Lou Bloom. Even though there isn’t a conventional plot since the film is more concerned with delivering high octane suspense and extremely high (and warped) entertainment value, you won’t be able to get it out of your head. – Jared M. (full review)

On the Record (Kirby Dick and Amy Ziering)

Kirby Dick and Amy Ziering’s conventional but powerful new documentary On the Record is as much about the personal struggle of Drew Dixon and others in telling their stories of horrifying sexual misconduct at the hands of hip-hop legend Russell Simmons as it is about how the voices of black women have been marginalized throughout history, leading to a reticence to speak out, especially in these last few years. It’s an emotional gut-punch of a film that will have one appalled that Simmons continues to thrive in the industry and enraged at the systemic limitations endured by black women, resulting in a lack of career advancement and a fear of societal rejection if they go against their own culture. – Jordan R. (full review)

Clint Eastwood’s conservatism has always been an easy target. While it is true that right-wing ideals manifest commonly in his work, his detractor’s arguments usually neglect to notice his more progressive values. In that sense, I’ve always interpreted his cinema as confronting a more vertical political structure–between those with power and those without. Richard Jewell, Eastwood’s latest celebration of working-class American heroism, traps its audience in the helplessness of its title character, who is falsely vilified by the FBI and media after preventing the bombing at Centennial Park during the 1988 Atlanta Olympics. It is some of Eastwood’s most emotionally devastating and unsettling work yet, deromanticizing core American values via contemporary cynicism and institutional insecurity. With enormous empathy, he reframes Jewell–embodied by a career-defining performance from Paul Walter Hauser–into a strangely relatable symbol of those betrayed by the very systems they trust. – Jason O.

If you go on Kurt Kunkle’s Instagram, you will find stories filled with “pull yourself up by your bootstraps” American happy talk. Kurt leans in, and mostly fails, at living social media meritocracy’s “fake it till you make it” ethos. Whereas social media elites show off their good fortune then go out and live their lives, poor, working-class guys like Kurt scrounge up good vibes, in every embarrassing form, to gain followers (he calls them “Kurties”)––all in hopes of climbing the social media ladder. What he finds at the top is the basis for Eugene Kotlyarenko’s Spree, an equal parts terrifying, thrilling, and satirical look at how social media can warp the mind. – Joshua E. (full review)

With a clear reverence for sci-fi horror landmarks, principally Alien, the new Russian feature Sputnik looks to crash-land into the genre with high ambitions. Unfortunately, for first-time writer-director Egor Abramenko, emphasizing associations to Ridley Scott’s sci-fi juggernaut is more an act of cannibalism than a guiding light of inspiration. While Sputnik succeeds in its striking visual effects and an intriguing central creature, it sputters out from the gravitational pull of amateur pacing and a wildly messy execution. – Mike M. (full review)

One of the great directors emerge this century, the films of Mia Hansen-Løve offer tender, keenly observed portraits of youth, aging, and longing. Three of her best films––Father of My Children, Goodbye First Love, and Things to Come––are now available on The Criterion Channel as we await U.S. distribution for Maya and the festival premiere of Bergman Island. – Jordan R.

The unnamed, invisible filmmaker wending you through Truong Minh Quý’s The Tree House talks from Mars, but all he shows of the red planet is a black screen, and the sounds he’s recorded therein: some distant, grave rumbling, like the aftermath of an explosion, the echo of protracted thunder. Minh Quý’s Locarno entry–hailing from the Cineasti del Presente sidebar–is a tale set in the year 2045, in a planet 54.6 million kilometers away, but it may as well take place in the present, and the narrator could just as well speak from a remote mountaintop, or a city skyscraper. The sci-fi premise is hardly what counts here–or at any rate, it should not be taken ad litteram. This is not a film about some cinephile-cum-astronaut and the planet he is stranded in, but about the relationship between the man and the place he’s left behind–a place that should ostensibly feel homely, and can hardly be recalled. But just what happens to one’s identity when memories evaporate, and the past starts to crumble? – Leonardo G. (full review)

The Booksellers
The Last Tree (review)

Martin Margiela: In His Own Words