Sundance Review: The Russell Simmons Sexual Assault Documentary On the Record is an Emotional Gut Punch 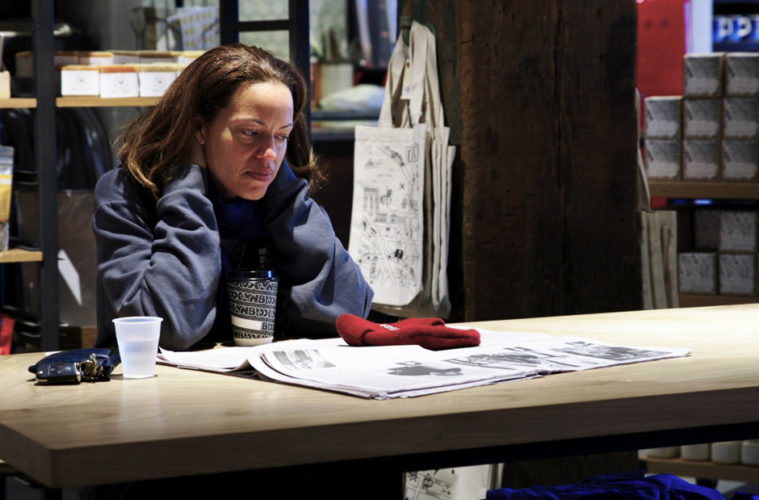 Launched in 2006 by Tarana Burke, the #MeToo movement gained global support and momentum nearly a decade later when sexual abuse allegations against Harvey Weinstein were reported. In the two-and-half years since there has been an outpouring from brave women stepping forward to share their stories of monsters in the entertainment industry and beyond who used their power and clout for sexual harassment and assault. However, it’s mostly been prominent white women who have come forward, leading to questions of why women of color have either not wanted to speak out or have been ignored if they try to share their stories.

Kirby Dick and Amy Ziering’s conventional but powerful new documentary On the Record is as much about the personal struggle of Drew Dixon and others in telling their stories of horrifying sexual misconduct at the hands of hip-hop legend Russell Simmons as it is about how the voices of black women have been marginalized throughout history, leading to a reticence to speak out, especially in these last few years. It’s an emotional gut-punch of a film that will have one appalled that Simmons continues to thrive in the industry and enraged at the systemic limitations endured by black women, resulting in a lack of career advancement and a fear of societal rejection if they go against their own culture.

A number of women who were sexually assaulted by Simmons share their stories, but the most prominent voice of the documentary is Drew Dixon. Finding her way on the streets of Brooklyn after growing up in Washington D.C. and attending Stanford, Dixon recalls how The Notorious B.I.G. himself (then Christopher Wallace) would protect her as she walked across her block, one full of crack vials. She had dreams of making it big in the music industry, specifically in the world of hip-hop–a genre that melded a sense of activism and social issues with the beats. It’s also music that had ingrained misogyny (though not the first, as clips from The Beatles and Mick Jagger show)  and one in which sex was part of the conquest and game. In the industry there was no bigger titan than Russell Simmons, who took what he learned on the streets and transformed it into a massive empire at Def Jam, which had an office vibe more like a club than a workplace. Known as The Godfather of Hip-Hop, he brought Dixon on board and her talents led her to secure the position of A&R executive. While there, she put together the hit soundtrack for The Show, featuring a who’s who of top and emerging talent, as well as conceiving of the Method Man and Mary J. Blige collaboration for “I’ll Be There for You/You’re All I Need to Get By.” The additional contributions she may have made to the industry were cut short after she says Simmons sexually assaulted her and those around him dehumanized her, forcing her to step away from the thing she loved the most.

As detailed in a 2017 report at The New York Times, Simmons had forced Dixon into a broom closet at a restaurant and tried to kiss her, then would expose his erect penis to her in his office. While she continually attempted to fend him off, one night she ran into him near his apartment and he lied, enticing her upstairs with the promise of a new demo he received, which was like catnip to her. He took a shower, then came out naked with a condom on. She blacked out, then the next thing she remembers is waking up in a hot tub next to Simmons. She got dressed, immediately went home in a daze and showered with her clothes on, feeling reduced to nothing, like dirt or trash in her words. With the fear of being outcast if she were to stand up to a powerful man like Simmons (who acted like a “tragic ADD puppy dog, constantly apologizing in private”), Dixon had no choice but to quickly resign. Her next job was at Arista and she found success once again, but then executive L.A. Reid took over for Clive Davis and her life spiraled downhill again. Dixon says Reid constantly pressured her to attend late-night meetings at the Four Seasons and sexualized her. When she didn’t comply with his advances, she was shunned, even trying to sign Kanye West and John Legend to their label, but Reid turned them down out of spite for Dixon.

On the Record unpacks these accounts not only from Dixon, but from other women involved in the Simmons’ world of deception and harassment. Sil Lai Abrams, a former executive assistant at Def Jam, recounts how Simmons raped her as reported in a THR article. After it happened, she felt degraded as if she was no more than “a fuck toy for men of power.” After she went home, she kissed her son goodnight and swallowed 17 sleeping pills and would have been dead if she was not rushed to the hospital. Through a number of interviews, including those with activists and journalists, the documentary diligently unpacks why, in the aftermath of these sickening violations of one’s identity, those who have been assaulted may not want to speak out. Simmons was a powerful person in the industry and in a pre-MeToo movement, any negative word against could have caused their careers to end and be an outcast, as Dixon saw first-hand. Decades later, she also had a stable life with kids. “I didn’t want chaos after finding peace,” she says. If she were to speak out, the men who did these disgusting acts stay quiet and the words are on the mouths of the victim who was assaulted, forever to be associated with them.

The filmmakers also take a step back exploring how it was hard to separate these misogynistic messages in hip-hop from a form of music they loved. These women wanted to stand in solidarity with their own culture, not go against it, and it wasn’t easy to parse the messages. If they stood up against this male-dominated industry, would they let their culture down? The documentary also goes deeper, exploring how some didn’t want to add fuel to the fire of the myth of the sexually assaultive black man, a point of rhetoric repeated by the KKK. Add in the Anita Hill sexual harassment allegations against Clarence Thomas, which still led to him serving on the Supreme Court, and this systemic ignorance and dismissal of believing women was a mountain to climb.

Before the premiere there were reports of Oprah and Apple backing away from On the Record due to vaguely defined reasons, but after seeing how cogently and straightforwardly its testimonies and arguments are laid out, it’s shame they are preventing such a vital piece of reporting from reaching a wider audience. In the powerful post-world premiere Q&A, the subjects of the film and the filmmakers themselves also discussed the potential pushback to have two white directors tell this story that is so ingrained in a culture that isn’t theirs. The simple answer is that these women went to black creatives and they were not interested in telling their stories. Following two other documentaries about sexual assault, The Invisible War and The Hunting Ground, it’s clear that Kirby Dick and Amy Ziering are the right fit to convey the harrowing stories of these women on a bigger platform.

On the Record is a sobering, clear-eyed account of sexual misconduct and assault by Russell Simmons–who, in damning evidence, moved to Bali where there is no extradition policy with the United States. Told in a straight-forward fashion as to let these women be heard loud and clear, On the Record is certainly one of the most essential films of the year. For Dixon and the other brave women who stepped forward, they admit they are like a living crime scene, where one’s entire perspective on the world is now filtered through their traumatic experiences. Here’s hoping this well-argued, affecting, and powerful documentary helps them win back a semblance of their identity and freedom. And, as the documentary conveys, when it comes to every woman who chooses to stay silent for fear of revisiting their trauma and causing unwanted chaos in their lives, we believe you too.

On the Record premiered at Sundance Film Festival.