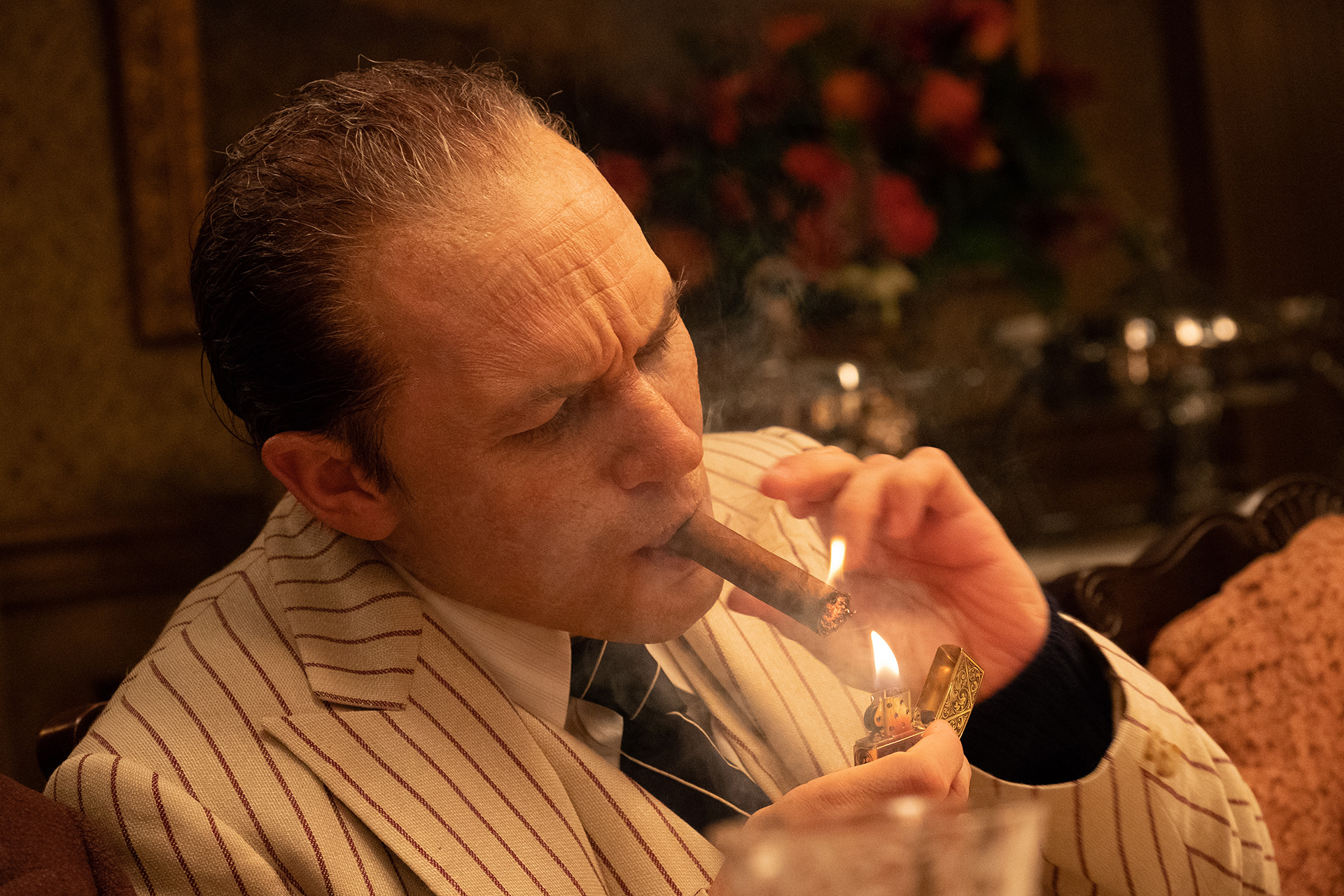 Thanks to a bout of syphilis contracted before the age of fifteen, Alphonse Gabriel “Scarface” Capone found himself trapped inside a prison much worse than the federal penitentiaries in which he also spent time. With almost seven years spent within their concrete walls, the notorious gangster had almost eight more to live within the confines of a rapidly deteriorating mind. We can therefore speculate about the dementia’s effect on his already volatile personality because we understand how the disease operates. Pair the fact that he was probably drifting in and out of time (while suffering multiple strokes) with the darkly violent past he enjoyed and we can begin imagining the torturous prospect of reliving his worst memories without the innate ability to numb his body to their pain.

While gangsters like him who conversely retained their faculties simply lived out their lives with zero regrets while locked away, regrets were now all that Capone had. So why not find a way to illustrate them? Why not create a film about the man’s final year on earth that portrayed just how scared, incontinent, and human he was? With the popularity of The Sopranos digging into a mob boss’ delicate psyche and Martin Scorsese’s The Irishman providing a look at the sad and depressing existences those beholden to the “life” are forced to endure, now seems like the perfect time to do exactly that. And hopefully audiences will judge Capone on such ambitions rather than its filmmaker.

It won’t be easy considering the writer/director behind this warts and all look at a king’s fall from grace is none other than Josh Trank—the wunderkind tapped for greatness after the surprise success of Chronicle only to see every Hollywood door close upon the complete implosion of his sophomore effort Fantastic Four. How much of that was his fault or the studio’s remains to be seen thanks to non-disclosure agreements, but the optics of getting excited for a young white male director to pick up the pieces of a shattered career just six years later with millions of dollars and an impressive cast aren’t great when marginalized artists can’t find the support necessary to have any pieces to pick up. Trank’s legacy will forever haunt this comeback.

Don’t get me wrong: it should. Whether he’s learned from his mistakes or not, audiences don’t have to care enough to find out. Those who can somehow remove this inseparable truth from their thought process, however, may just discover it was worth the effort. Capone isn’t a knockout comeback, but it’s an undeniably striking and bold endeavor that transcends genre constraints and conventional molds. It’s exactly what you would think when hearing about how hard it was to find financing and learning edits were demanded before any distributors even dared to consider buying the title for release. Seeing its original cut now debuting on the heels of such artistic controversy makes sense, turning its troubles into intrigue.

Wild rides wearing the label “divisive” on their sleeves rarely are for everyone, and Capone certainly falls into this category. Because Trank knew that writing this story to be a straight drama would inherently ask his audience for sympathy Al Capone (Tom Hardy) doesn’t deserve, he needs to conjure revulsion instead. And what better way to do that than allowing viewers the opportunity to revel in his demise? Let us laugh at this pathetic creature moaning and grunting while soiling the furniture and causing his family strife. Let us watch as the murders he condoned, committed, and/or was the target of haunt his waking life. Give us a Twilight Zone riff on the “This is Your Life” template wherein the subject is transported through a Jacob’s Ladder-esque hole towards oblivion.

That to me is the best way to describe what Trank has created because we are never fully aware of our surroundings. Are we in Al’s mind or the real world? Is Jack Lowden’s Agent Crawford in Cleveland with Al’s son Tony (Mason Guccione) or is his presence merely indicative of his being on the wiretap? Does Al even have a son named Tony? It would be news to his wife (Linda Cardellini’s Mae) and other son Junior (Noel Fisher) if so. Is his doctor (Kyle MacLachlan’s Karlock) working with the feds or is that a manifestation of Al’s paranoia? Is Gino (Gino Carfarelli) working with them? Are we witnessing agents planting listening devices in Al’s bathroom or is it a hallucination? Trank renders then film’s reality fluid.

It’s the perfect way to visually represent what Al sees, hears, and projects. Placing us inside Capone’s mind to make him into an unreliable vessel for the proceedings means he doesn’t even have to be in the room for a scene to be imaginary. We know this precisely because he isn’t in one that definitely cannot be real. So whether he’s roaming the halls after a young boy holding a gold balloon, going fishing with his old friend Johnny (Matt Dillon), or drawing pictures for Dr. Karlock, everything is filtered through the prism of his disease. Bits and pieces of information floating around his brain like the rumor of a hidden ten million dollars, memory of a former lover, or voices from the past manufacture what’s present on-screen.

Sometimes Trank shoots it with a steady hand as though to pretend we can trust what’s happening and sometimes he takes us on a hallucinatory journey through Al’s psyche where worlds collide and time folds in on itself (think a lower-budget cousin to the climax of mother!). He sprinkles in imaginary radio shows to remind Al of his crimes (if he can remember he’s the man they’re describing) and references to pop culture interpretations of the character to allow Hardy the chance to have an Al Pacino tommy-gun moment a la Scarface. Using The Wizard of Oz as a means to confirm the whole’s fabrication might be a bit on the nose, but boy does it deliver an unforgettable moment of Capone breaking into song.

And, yes, Hardy chews the scenery. His Capone is a confused figure wrapped up in paranoia and nightmares. He’s a man who used to rely on his mind being a steel trap (we’re told this multiple times) who can no longer pull the simplest fact from its gray matter. That’s fear that we see in his eyes as they tear up in response to this realization. His over-the-top destructive nature comes across as cartoonish because we’re unable to contrast that malice with moments of calm, collective authority. Hardy is playing a shell of a once-formidable man. Strip any monster of his power and he’ll inevitably become pathetic fodder for our laughter.

Capone hits VOD on May 12 from Vertical Entertainment.