Sundance Review: Boys State is an Extraordinary Look at the Democratic Process 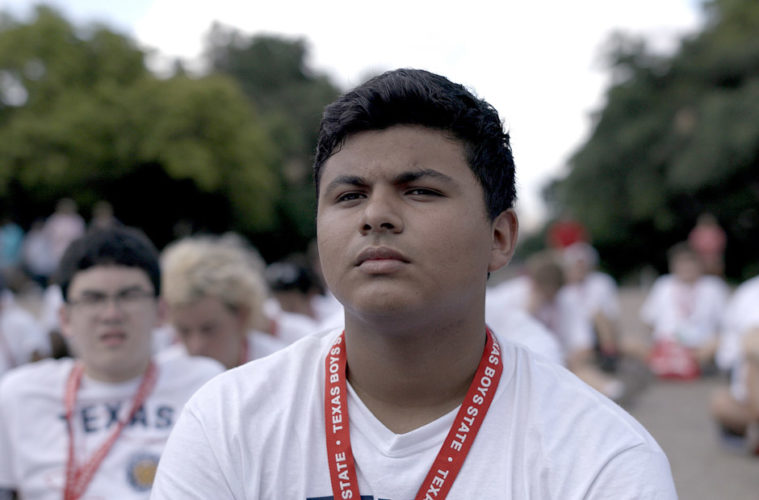 When it was announced that Boys State had been picked up by A24 and Apple for $12 million–setting the record for a documentary sale at a festival and one of their very few acquisitions in the non-fiction arena–I was shocked. Then I saw the film. As we enter a tumultuous election year, Amanda McBaine and Jesse Moss’ extraordinary portrait of a democratic process in microcosm is both a testament to how Washington, D.C. and the rest of the country could achieve bipartisanship as well as a look at what has led to such a fractured political system.

Starting in the 1930s, Boys State and Girls State are programs that occur in every state (except Hawaii, perhaps since the beach is always calling) in which a group of young people gather to be immersed in and perform the step-by-step process of American democracy in a condensed yet exhaustive period of time. With the likes of Bill Clinton, Dick Cheney, Cory Booker, and Samuel Alito passing through the program, it’s been an American tradition and it recently earned major press coverage in June 2017 when the Texas arm voted to secede from the United States following Trump’s election. With this state leaning conservative, the directors chose to embed themselves and their six camera teams in the 2018 edition as they captured the one-week process that led to the election of a “Governor.”

The 1,100-person strong, testosterone-filled, politically fraught environment is a hotbed of shifting opinions and allegiances, but also one of genuine camaraderie and, for the most part, a willingness to hear views of the other side. Separated into fictional cities, counties, and districts, then into the parities of Federalists vs Nationalists, these boys begin a grassroots campaign to elect mayors, form delegations, and create leadership system, resulting in the elected Governors of each respective parity going head-to-head in a final vote for the victor. From the very early moments as personalities are either introduced or quickly form and platforms begin to materialize, one can see how a simple well-articulated answer about their personal political beliefs can lead a boy to get one of 30 required signatures in order to petition to be in the running for Governor. Another quickly learns why politicians end up lying to please their base: “I picked a new stance. I’m pro-choice. Sometimes you can’t win in what you believe in your heart if it’s a minority opinion.” And yet another sees the power he has when “controlling” 500 people: “It’s a power trip. If I can lead this group, I can lead anything.”

The four boys that the documentary puts the most focus on each come from varying backgrounds, representing a prism of America at large. Steven Garza, a child of Mexican immigrants, is an inspiring underdog in this setting as he admires Bernie Sanders and has to overcome the potential backlash of speaking his mind when it comes to gun reform and other hot-button issues. When news spreads through the rapid-fire exchange of social media that he led the post-Parkland March for Our Lives rally in his hometown of Houston, it represents a crucial moment in his campaign of how to counter the potential crisis of perception. Seemingly pulled straight out of the cast of Richard Linklater’s Everbody Wants Some!!, Robert Macdougall is a born and bred patriotic Texan that values the Second Amendment, but has conflicted thoughts on other issues that he may not want to share with the group at large, leading to a realization of the warped political process. The charismatic, headstrong Ben Feinstein, a double-amputee, is empowered to win at any cost as increasingly murky strategies get doled out. Rene Otero, an African American recently hailing from Chicago, admits he has never seen so many white people and must use his strong skills as an orator to sway his large party. When things get dirty, including racist memes to take him down, these tactics act as an example of the worst discourse playing out in America at large. A smart mind when it comes to how to fight back and not sink to the lowest common denominator, he says, “I have to pull out my old church tricks.”

As they did in their prior film The Overnighters, Moss and McBaine are able to subtly sink into the fabric of their surroundings. Working on a bigger canvas his time around, they mainly focus on these four subjects, and it’s remarkable that not only do they seem to capture every crucial moment as events happen across the campus, but it’s how they intimately capture everything vital on the fly with a genuine dexterity and craft. As these boys give speeches to hundreds or have private conversations about their planning, the camera always feels like we’re directly next to them. While we’re occasionally not entirely clear on how much time has passed, it’s staggering how much gets accomplished even with a rigorous daily schedule from 6:30 am to 10:30 pm. As expected juvenile topics initially get brought up (like banning cargo shorts or pineapple pizza), it becomes quickly clear that this group realizes how much there is at stake in the country as a whole. Grown-up professionals can’t achieve what they are able to in the span of just a week. Fearful for what is to come in this nation, one boy says, “We were just as polarized in the 1800s. They were debating slavery, then there was a Civil War.”

What makes Boys State so compelling is it appeals both to the most cynical and hopeful of viewers. Yes, we see how even in this relatively small exercise how the political process can be distorted and result in succumbing to humanity’s worst impulses in order to achieve victory. On the other hand, we can see how underdogs that have hope for America coming together can at least get close to achieving an idyllic future in which a healthy democracy can play out across every state. It’s this shifting of individual minds that takes hard work and may even surprise those who set out to accomplish the task. “At first I thought this was a conservative indoctrination camp,” Rene says. “But it’s about opinions and recognizing and reconciling them.”

By focusing so in-depth on one program, Boys State will have one considering others across the country, instilling a genuine hope for a political future in which the leaders of tomorrow can be open-minded to heal the wounds of stark division. Even if some of these boys go into politics and become warped by the very system they hold in high honor, let this film be a time capsule and testimony to this single week where, by some miracle, over a thousand different viewpoints engaged in a relatively civil discourse for how they can make this country a better place for all Americans–not just those that fall in line with their respective party affiliations.

Boys State premiered at Sundance Film Festival and will be released by A24 & Apple.