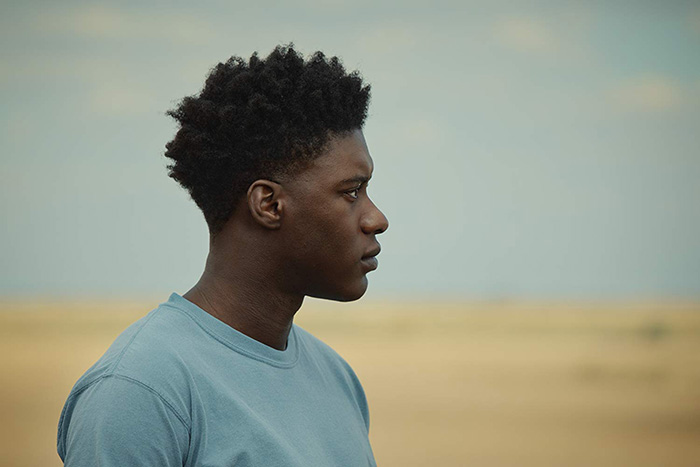 Sundance Review: ‘The Last Tree’ Shows the Fine Line Between Rage and Sorrow

A child too young to understand the complexities of adulthood or desire to ask questions when the pain of their ramifications is still raw. A mother too proud to excuse the situation she created with the all too justifiable reasons able to imbue her with the strength necessary to offset a self-hatred fostering her projection of abusive anger. These two archetypes are intertwined within Shola Amoo’s The Last Tree as though an ouroboros damning each other to the suffering their silence creates, the hindsight necessary for healing many years and even more hardships away. And to make matters worse is the possibility that forgiveness and/or acceptance might never actually arrive. The hurt ruling their actions threatens to lead them astray, warping compassion with resentment until reconciliation appears impossible.

The child is Femi (Tai Golding in youth, Sam Adewunmi in late-teens). Raised under the foster care of Mary (Denise Black) within the rural calmness of Lincolnshire, he showed himself to be a respectful child that did well in school and hung with the right crowd. The chance that his mother (Gbemisola Ikumelo’s Yinka) would come and take him back to London always hung over his idyllic life, though, whether Mary promised he could stay forever or not. What’s difficult to truly parse in the moment this inevitability arrives is the duality of its betrayal. Not only is the woman who seemingly didn’t want him coming back without any regard for his thoughts, but the one he trusted in her role is also letting him go.

Amoo briefly portrays the difficulty of this transition with hackles raised on both sides as Femi is thrust into a new life against his will and Yinka forced to command obedience despite having no true leg to stand on without earning it first. He ensures we recognize the mother and son as headstrong, their stubbornness leading to mistakes and also the precedent for their refusal to ever be contrite. With a flicker of the screen we eventually get transported to find Femi teetering on the edge of throwing every opportunity provided him away. It’s unsurprising considering the state of his relationship with Yinka. What choice has he been given but to rebel once he’s able to get out from under her thumb? His compounded anger needs its outlet.

The majority of The Last Tree takes place during this portion of Femi’s life (with a short epilogue bringing everything full-circle for a chance at reconciliation). We find him full of contradictions with Tupac posters on the wall yet The Cure in his Walkman; friendships with the kids who bullied him yet empathy for those they still abuse today. And with this internal tug-of-war comes the prospects of his future. Should he choose to study and graduate like his mother wants only to find himself as tired and impoverished as she? Or should he gravitate towards Mace’s (Demmy Ladipo) still-abstract criminal enterprises that are creeping closer towards putting blood on his hands? Is it worth going against his heart solely because it aligns with his mother’s dreams too? This last question is the real doozy because it shows how much Femi has swirling inside his brain. He’s comparing himself to a father he’s never met, a mother who didn’t want him, and a maternal love that let him slip away. He’s reconciling his vegetable eating, homework doing past in the country with wild classrooms and overwhelmed teachers barely able to keep civility alive. So he steals a little here, condones his friends’ actions via silence there, and does everything he can to ensure he’s gone the second his mother returns home from work. And somehow he still believes the “real” him exists underneath the hardened opportunist he’s become. Thankfully characters like Tope (Ruthxjiah Bellenea) are here to remind him his guilt is too little, too late.

Unfortunately that sort of truth-bomb has as much chance of pushing him into Mace’s arms as opening his eyes to the choice he’s been desperate to ignore. Whereas the toxic path is okay with him keeping one foot in the land of hope because it can use that connection to wreak more havoc, the reverse isn’t so forgiving. We ultimately find ourselves cognizant of the fact that a single “I love you” from Yinka might move mountains where the “stick” never could. But the same could be said for Femi too since his declarations of “I hate you” cut her deep to the core. If only these two knew how similar they are — that tenacity in the face of oppression and the kind hearts grown cold.

Amoo is patient with this revelation, though. This can render some cathartic moments into feeling rushed when compared to the emotional impact wrought, but it also allows Femi the room to reach his breaking point. And that nexus isn’t without its lumps, physically or psychologically. Nobody exits the fallout unscathed either (even Mary must confront her own naiveté insofar as how her generosity creates false promises she’s not in the position to uphold). Will Femi fall into the darkness his troubled life has all but laid at his feet or will he remember what it is to be an individual beholden to nothing but what he wants? Things could really go either way once the not-much-older-than-him Mace becomes a sort of domineering father figure by default.

Credit to Adewunmi for toeing that line because the struggle between rage and sorrow is forever present. His aggression becomes a defense mechanism as much as outlet, those two roles fueling it to continue festering no matter how often it gets released. Ikumelo is fantastic too despite her reduced screen time. She makes it easy to vilify Yinka simply because we don’t have all the facts and yet her performance has us extending her our sympathy nonetheless. This is due to her ability to be conflicted in the moment of violence and truly remorseful in its aftermath. Hers is a mother as desperate as Femi and with just as much to lose. It’s a shame we’re too quick to place blame to recognize how life’s never that simple.

The Last Tree premiered at the Sundance Film Festival.