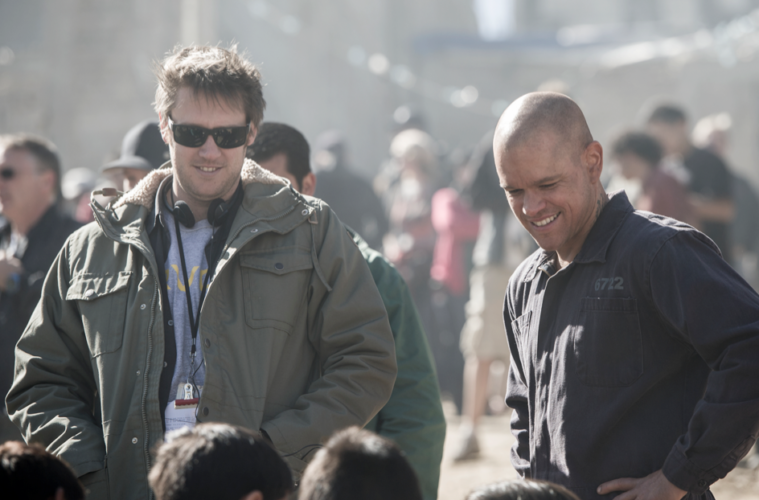 After the $100 million-plus budgeted Elysium debuted to less than $30 million in its opening weekend, it looks like Sony Pictures are taking another chance on Neill Blomkamp. Revealed in a press release today, Chappie will mark Blomkamp’s third feature and a new plot synopsis states this will follow a robot imbued with artificial intelligence who is stolen by two local gangsters who want to use him for their own nefarious purposes.

Marking a hat trick of features with Sharlto Copley, he’ll return as the voice of Chappie, while Ninja and Yolandi Visser, voices of the South African Zef counter-culture movement and members of rap-rave duo Die Antwoord, will play the two gangsters. As previously reported, Slumdog Millionaire’s Dev Patel is also in talks as a role as a slum inhabitant. Check out the press release below and head over to our recent feature on Blomkamp to see a short that gave him the inspiration for this feature-length project.

CULVER CITY, Calif., August 13, 2013 – Sony Pictures Entertainment and MRC have agreed to co-produce and co-finance Chappie, the next film from writer-director Neill Blomkamp, it was announced today by Doug Belgrad, president of Columbia Pictures and Hannah Minghella, president of Production for the studio, and MRC. The film will be marketed and distributed worldwide by Sony Pictures.

Blomkamp will direct the film from a screenplay he has written with Terri Tatchell. He will also produce the film with Simon Kinberg. Production is expected to begin this fall.

Chappie tells the story of a robot imbued with artificial intelligence who is stolen by two local gangsters who want to use him for their own nefarious purposes. The film will star Sharlto Copley as the voice of Chappie, with Ninja and Yolandi Visser, voices of the South African Zef counter-culture movement and members of rap-rave duo Die Antwoord, as the two gangsters.

Commenting on the announcement, Belgrad said, “We’re huge fans of Neill Blomkamp – it’s a real thrill to be continuing our relationship with such a visionary and important filmmaker. Neill has proven that he is a true original voice and we expect that Chappie will strike a chord with worldwide audiences in the same way that District 9 and Elysium have. We love the script he and Terri have written and we’re looking forward to working again with our friends at MRC.”

“Neill is an incredibly talented and bold artist and we are proud to continue to support his work. We are looking forward to partnering with the team at Sony on Chappie,” said Modi Wiczyk, co-CEO of MRC.

The announcement comes as Sony Pictures and MRC released Elysium, Blomkamp’s second feature, starring Matt Damon and Jodie Foster, which Blomkamp wrote and directed and also produced with Bill Block and Simon Kinberg. Elysium opened at #1 in the U.S. this weekend, and was also #1 in Russia, Sweden, Taiwan and Ukraine. Sony Pictures also released Blomkamp’s first feature film,District 9, which took in over $200 million worldwide and earned four Oscar® nominations, including Best Picture.

Are you looking forward to Blomkamp’s next?