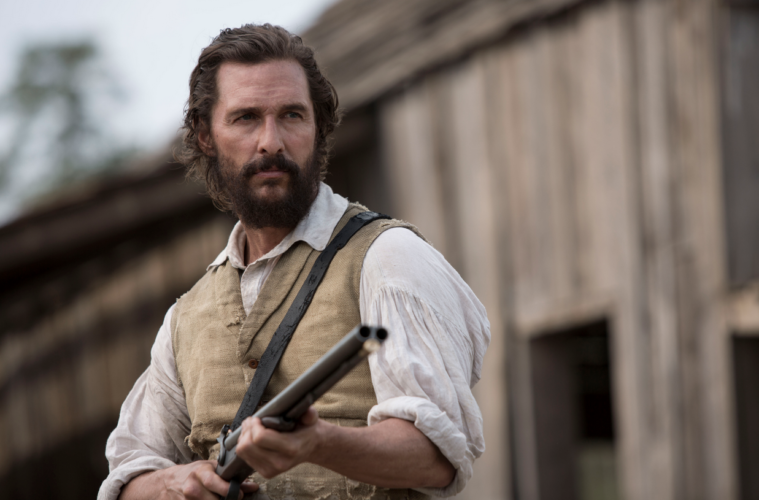 After the first look at Gary Ross‘ Civil War drama The Free State of Jones, we now have more images from the 2016-bound film starring Matthew McConaughey. Also including Gugu Mbatha-Raw, Keri Russell, and Mahershala Ali, the story follows our lead as a Mississippi farmer who brought forth a southern rebellion against the Confederates during the Civil War.

Following those we have new images from three of our most anticipated films in the Cannes competition slate this year. First, is Jacques Audiard‘s Dheepan, which stars Antonythasan Jesuthasan as a Tamil freedom fighter who flees to Europe. Then we have new images from Hou Hsiao-Hsien‘s long awaited 9th century tale The Assassin and Jia Zhangke‘s Mountains May Depart, a love story which spans nearly three decades. Check out everything below with the first images coming from Time.

Set during the Civil War, The Free State of Jones tells the story of defiant Southern farmer, Newt Knight, and his extraordinary armed rebellion against the Confederacy. Banding together with other small farmers and with the assistance of local slaves, Knight launched an uprising that led Jones County, Mississippi to secede from the Confederacy, creating a Free State of Jones. His marriage to a former slave, Rachel, and his subsequent establishment of a mixed race community was unique in the post-war South. Knight continued his struggle into Reconstruction, distinguishing him as a compelling, if controversial, figure of defiance long beyond the War.

Dheepan is a Tamil freedom fighter, a Tiger. In Sri Lanka, the Civil War is reaching its end, and defeat is near. Dheepan decides to flee, taking with him two strangers – a woman and a little girl – hoping that they will make it easier for him to claim asylum in Europe. Arriving in Paris, the ‘family’ moves from one temporary home to another until Dheepan finds work as the caretaker of a run-down housing block in the suburbs. He works to build a new life and a real home for his ‘wife’ and his ‘daughter’, but the daily violence he confronts quickly reopens his war wounds, and Dheepan is forced to reconnect with his warrior’s instincts to protect the people he hopes will become his true family. China, 1999. In Fenyang, childhood friends Liangzi, a coal miner, and Zhang, the owner of a gas station, are both in love with Tao, the town beauty. Tao eventually marries the wealthier Zhang and they have a son he names Dollar.

2014. Tao is divorced and her son emigrates to Australia with his business magnate father.

Australia, 2025. 19-year-old Dollar no longer speaks Chinese and can barely communicate with his now bankrupt father. All that he remembers of his mother is her name…

From China to Australia, the lives, loves, hopes and disillusions of three individuals in a society changing at breakneck speed.