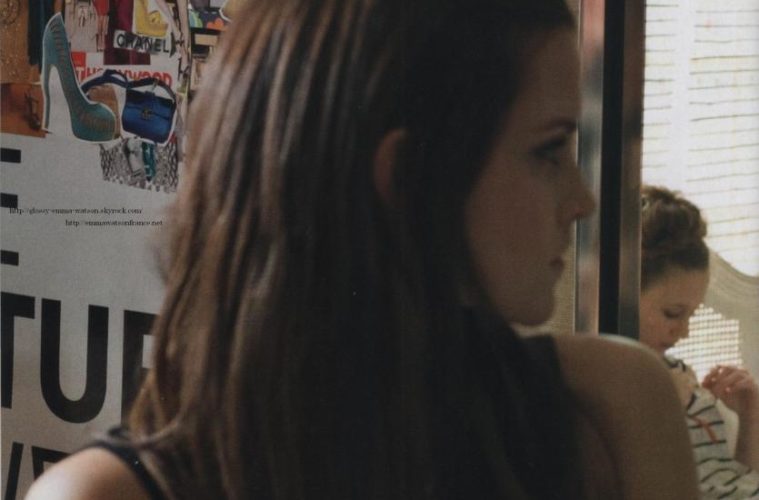 With the Sundance line-up unveiled and Sofia Coppola‘s latest drama The Bling Ring nowhere to be found, it’s time to head further into 2013 for a potential premiere and it looks like we have our answer today. As we know, the film our titular group of teenage criminals; Emma Watson is leading the pack, while she’s backed by Taissa Farmiga, Israel Broussard, Katie Chang, Claire Pfister, and Georgia Rock.

According to the latest issue of Premiere Magazine — which also includes a few new snaps of Watson, seen below — the film is aiming for a June release in France, which makes for a likely Cannes Film Festival debut in May. Shot on-location around Los Angeles, we’ve seen Watson donning some trashy gear, complete with a tramp stamp, but here she looks much more put together. The film, based on the Vanity Fair story The Suspects Wore Louboutins, focuses on a nefarious group who, in real-life instances, stole thousands to millions of dollars worth of belongings from celebrities such as Paris Hilton, Orlando Bloom, Rachel Bilson and Lindsay Lohan. Check out the new photos below for a film we’re highly anticipating. Are you looking forward to Coppola’s Somewhere follow-up?