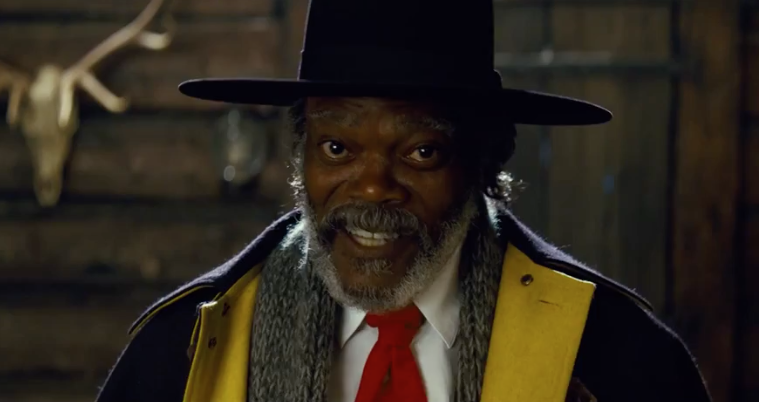 Perhaps our most-anticipated film for the rest of the calendar year, Quentin Tarantino‘s The Hateful Eight, will finally be released next month, and today we have a new full-length trailer. Since our last preview, we got the substantial details on the two ways one can experience this film.

“The roadshow version has an overture and an intermission, and it will be three hours, two minutes,” Tarantino said last month. “The multiplex version is about six minutes shorter, not counting the intermission time, which is about 12 minutes.” While The Weinstein Company has yet to release the full theater list for 70mm, it sounds like an experience not to be missed, especially after this latest enticing preview —  even if it means many hours of driving to your nearest location.

Have a look below at the new trailer: The Hateful Eight will open on December 25 in 70mm-equipped theaters; a wide release will follow on January 8, 2016.