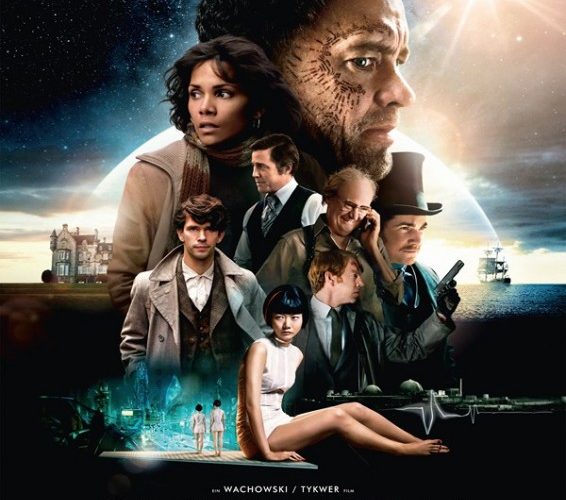 This fall a few films will transport one into entirely different worlds and we’ve got new posters from two of them today. First up, the Wachowskis and Tom Tykwer debuted their massively ambitious, six generation-spanning epic Cloud Atlas at Toronto (and while we’ll get a chance to check it out this weekend, the first impressions were some of the most divisive in recent memory. We’ve now got two new pieces of art from the film, which include some of our cast such as Tom Hanks, Halle Berry, Jim Sturgess, Susan Sarandon, Ben Whishaw, Jim Broadbent, Hugh Grant, James D’Arcy and Keith David across different time periods.

Next up, after unveiling a neat trailer yesterday, we’ve got a new one-sheet for Wreck-It Ralph, directed by Futurama‘s Rich Moore. Diving into the world of videogames this poster reveals our hero alongside Street Fighter, Sonic and more. Featuring the voice talents of John C. Reilly, Jack McBrayer, Jane Lynch and Sarah Silverman, this is looking to be a considerably fun time. Check out the Cloud Atlas banner above and official US poster below, along with the Wreck-It Ralph one-sheet from Apple.