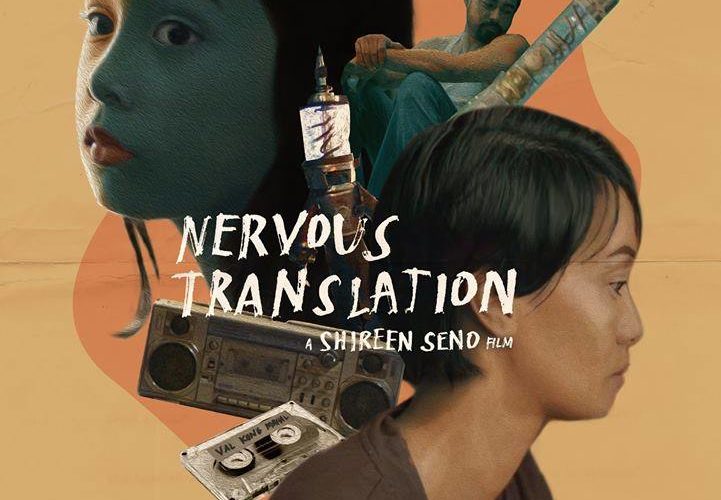 ND/NF Review: ‘Nervous Translation’ is a Worthy Collage of Ideas and Culture

Shireen Seno’s sophomore feature Nervous Translation confirms her place as a unique voice in a national cinema that often gets ignored, or distilled to only a few directors. While mainstays like Lav Diaz, Brillante Mendoza, and Lino Brocka all are worthy of their relative praise, their shared pessimism can make forays into Filipino culture a challenging prospect. Seno, whose newest film assumes the perspective and imagination of young eight-year-old Yael, presents an innocent and sincere frame of reference into the culture, inspired by Seno’s own experiences growing up in the Filipino diaspora.

Yael is often left to her own devices at home. Her mother Valentina works through the day and lives through soap operas at night, too exhausted to spend time with her daughter, while her father is a part of the Philippines “biggest export”–the overseas worker, funding their more privileged lifestyle in their large dollhouse home. Yael keeps herself busy by repeatedly listening to a set of audio cassettes sent by her father, helping her only friend with math homework through the phone, cooking meals for herself on a Lilliputian toy oven, and watching television. She is often imposed on with strange, time-sensitive tasks that evoke the stillness of time in a daunting way; Yael answers as many math questions as she can daily during the “mad minute,” and her mother enforces complete silence for half-hour stretches upon returning for work. Cooking sequences are shot in full, emphasizing the sheltered imprisonment within her domestic life.

Her sampling of television provides her only window to the outside. Glimpses of the Philippines’ history as a colonized state fill the film and Yael’s mind but purposefully do not cohere. She watches blurry political news that depicts the political turmoil of the Marcos regime in the ’80s, as well as a Japanese advertisement for a pen that would take over the plot in the final third of the film. The former reflects an obfuscated look at the period of martial law and almost authoritarian corruption, while the latter is a reminder of Japan’s brief but brutal colonization of the country, indicative of the lasting dominance of foreign markets. Yael works on her translations, from native Tagalog to English, and a constant religious air–references to God, and an actual biblical event–recall the historical Westernization of the country.

Seno hints at these ideas in isolation but denies their cohesion into a central thesis. Perhaps the resulting confusion is purposeful in rendering a young girl’s limited understanding of the world to the utmost. In spite of this, the frustration of not knowing is never distracting, and Seno navigates her complex political and cultural landscape with a delicate, unpretentious touch. In doing so, she pinpoints the difficulty of understanding oneself within a fragmented culture, without a national identity of which to cling. Her relatives question her lineage in a joking manner, suggesting that her uncle–played by a charismatic Sid Lucero–is her birth father; she realizes that she would not be able to differentiate the two twin brothers.

Yael’s world comprises the house–a physical space dressed up but without character–and her education. A comfortable life unbesieged by the struggles of those poorer classes come at the cost of a broken family unit with a missing, invisible father who provides financially but fails emotionally. Her alienation from the setting is achingly clear, and soon, the vast spaces become claustrophobic. Seno’s formal experimentation does wonders, though occasionally feels too egregious, especially near the end. Through their jarring nature, they highlight a lot of the aforementioned disconnects and confirm Seno as a significant formalist on which to keep an eye.

Events still occur with a childlike aloofness; the ideas do not precisely manifest, nor do the events become more grounded as Yael grows, but the artifice of it all makes itself more apparent as the film progresses. Perhaps Seno’s messiness in pinpointing a centralized theme is suggestive of some more profound ontological trauma; there is something uncanny about these repetitions, but it is easy to stay complacent.