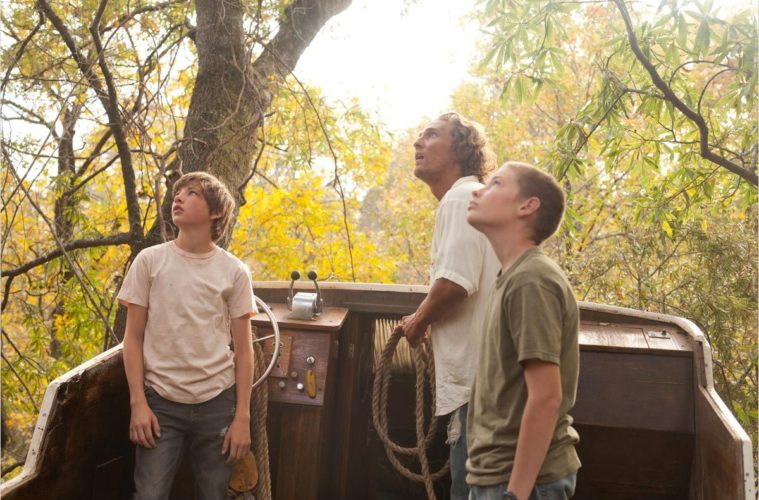 Amidst some major titles at the Cannes Film Festival last year, the next film from Take Shelter director Jeff Nichols seemed to go mostly overlooked. Now with a spring release date set, Roadside Attractions is attempting to reignite the buzz for his southern drama Mud, with a stop at the Sundance Film Festival and we’ve got the first trailer ahead of its US premiere.

Led by Matthew McConaughey, coming off a stellar 2012 with films such as Bernie, Magic Mike and Killer Joe, the actor plays a mysterious figure who leads two young boys (one being The Tree of Life‘s Tye Sheridan) on an adventure of sorts. Things then get intriguing, but dangerous, as we can see in the trailer. Check it out below, along with our Cannes review, where we said, “imperfect as it may be, this marks a step forward for Nichols as a filmmaker capable of making big entertainment that retains some intelligence and a palpable message as well.”

Two boys, Ellis and his friend Neckbone, who find a man named Mud hiding out on an island in the Mississippi. Mud describes fantastic scenarios — he killed a man in Texas and vengeful bounty hunters are coming to get him. He says he is planning to meet and escape with the love of his life, Juniper, who is waiting for him in town. Skeptical but intrigued, Ellis and Neckbone agree to help him. It isn’t long until Mud’s visions come true and their small town is besieged by a beautiful girl with a line of bounty hunters in tow.