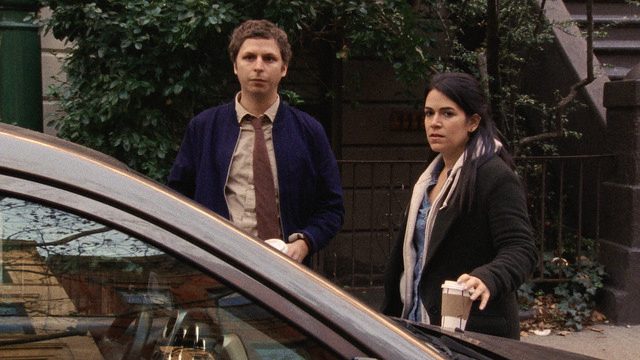 Multiple New York stories come together in Dustin Guy Defa’s Person to Person, an ensemble piece that debuted at the Sundance Film Festival earlier this year. The film was shot on 16mm, which lead The Film Stage’s Dan Mecca to comment, “There is certainly — and commendably — a worn look to this version of New York City, thanks in large part to cinematographer Ashley Connor and her use of Super 16. If not for cell phones and other modern tech, we could be in the middle of a Woody Allen picture from the 1980s.”

During a single day in New York City, a variety of characters grapple with the mundane, the unexpected, and the larger questions permeating their lives. An investigative reporter struggles with her first day on the job, despite help from her misguided boss; a rebellious teen attempts to balance her feminist ideals with other desires; and a young man seeks to reconcile with his ex-girlfriend, even as her brother threatens revenge. Meanwhile, an avid music lover traverses the city in search of a rare record for his vinyl collection.

Person to Person opens in theaters and VOD on July 28.