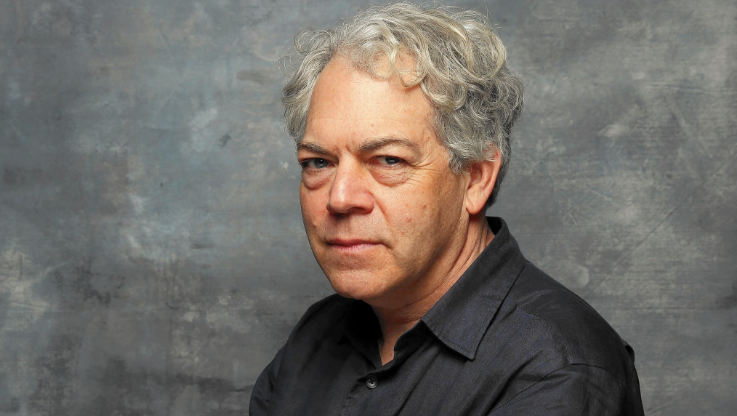 In today’s “well, gosh, that’s exciting” news, Deadline reports that Michael Almereyda will follow last year’s mostly splendid Experimenter by adapting a holy grain of postmodern lit — and BB Film Productions have started printing money! My slight jesting aside, it’s immensely exciting to hear of his involvement in scripting (and, one hopes, eventually directing) Don DeLillo’s White Noise, the deeply perceptive and comically skewed aspects of which may be a perfect fit for his cinematic stylings.

DeLillo is notoriously difficult to adapt, and White Noise is perhaps all the more challenging because it represents something of a perfect blend in its bone-dry humor, its fine-tuned way of seeing the world in which it takes place, its lack of a cohesive narrative — until a giant toxic cloud hangs over the central town for a number of pages, but even that goes away with a good portion left — and, in turn, lack of a real conclusion. As a piece of prose, however, it’s page-turning; whoever brings this to the screen must speak a fitting, if not outright equal, cinematic language.

Supposing Experimenter wasn’t one of the more innovative ways of telling a biopic narrative from recent years, Almereyda’s long bent towards the boundary-breaking — who else has even thought about shooting a one-hour feature with a PixelVision? — is a good place to start. I can only hope White Noise doesn’t fizzle out. But between this and BB Films’ involvement in Tesla, his screenplay concerning the inventor’s life, we might be seeing a new step in his unusual career.

Less exciting is the news that Alex Graves (Game of Thrones, Bloodline) will direct a live-action version of Mulan for Sony. While Disney is moving forward with their own take on a movie that’s not even 20 years old, this version, according to Deadline, is “being designed for the international marketplace” — which translates to Chinese money and a Chinese lead. The latter point is nice, though Disney’s made a point of following that, too, so what are we doing here? (And nice job following through on the days-old notice of trying to find an Asian helmer.) We’d like to keep an open mind, but it isn’t so easy when writing about this stuff just starts to wear you down.