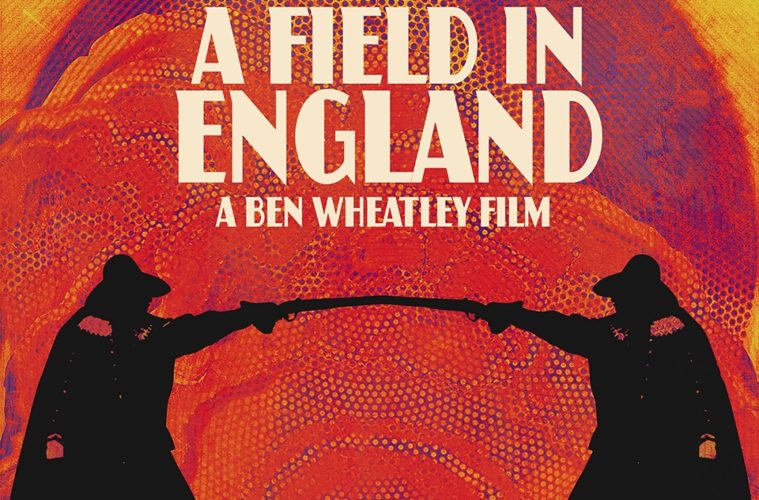 Martin Scorsese-Backed U.S. Trailer & Poster For ‘A Field In England’ After an unprecedented release strategy in the U.K., in which the film debuted in theaters, on TV, and on Blu-ray/DVD on the same day, Ben Wheatley‘s A Field In England is gearing up for a U.S. release next month and we’ve got the first domestic trailer today. As helmed by Wheatley, following his increasingly frightening Kill List — and the dark comedy territory Sightseers — his latest follows a group of Civil War soldiers who stumble upon a mushroom field and go insane.

One of the 30 best 2014 films we’ve already seen, we said in our full review from TIFF that it’s “Equally mesmerizing and unintelligible [and] it begs for subsequent viewings and, possibly, even a religious interpretation to allow for proper comprehension.” This new trippy trailer and poster feature some high praise from Martin Scorsese himself, who is throwing his stamp of approval around left and right as of late. Check out both below for the film landing on February 7th, on both VOD and in theaters.