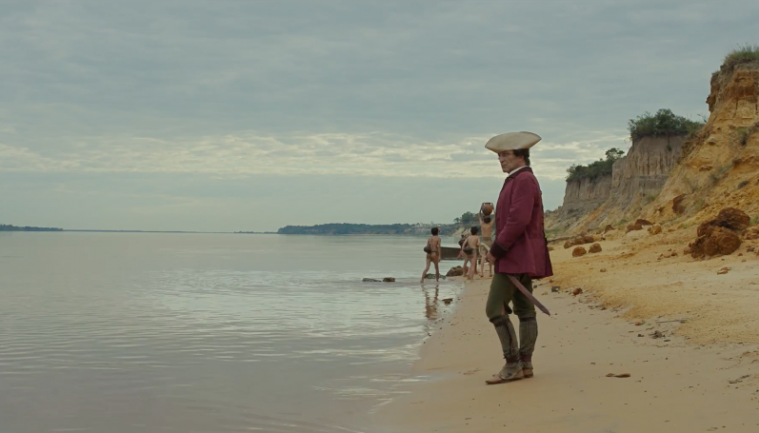 After helming one of the best films of the previous decade with 2008’s The Headless Woman, director Lucrecia Martel is finally returning this year with her follow-up, one of our most-anticipated titles of the year. Zama, produced by brothers Pedro and Agustin Almodóvar, among others, has been adapted from Antonio di Benedetto‘s 1956 novel by Martel. While a premiere has yet to be announced, the first trailer has now arrived.

Set in the late 18th century, the story follows Don Diego de Zama (Daniel Gimenez Cacho), an officer of the Spanish Crown, who is tasked with going after a bandit. Courtesy of Screen Daily, the ominous teaser is a gorgeous first look at the drama as we hear a child’s voiceover accompany the action. In terms of a possible premiere, we’d say Cannes could happen, but with Almodóvar serving on the jury, perhaps a fall bow would be more likely.

Check out the synopsis below, followed by the teaser.

Zama, an officer of the Spanish Crown born in South America, waits for a letter from the King granting him transfer to a better location. His situation is delicate. He must ensure that nothing overshadows his transfer. He is forced to accept submissively every task entrusted to him by successive Governors who come and go as he stays. Of course, the letter from the King never arrives, and when Zama notices that he has lost everything waiting, he decides to join a party of soldiers that go after a dangerous bandit. Perhaps that way he can get the King to hear about him. Zama leaves to distant lands inhabited by wild Indians, but the bandit they are after turns out to be one of his soldiers. Zama is taken prisoner and Vicuñas’men think about sentencing him to death. As he is now free from his hopes of being transferred and promoted, knowing his life is at risk, he finds out that his only desire is to live.

Zama will premiere this year.