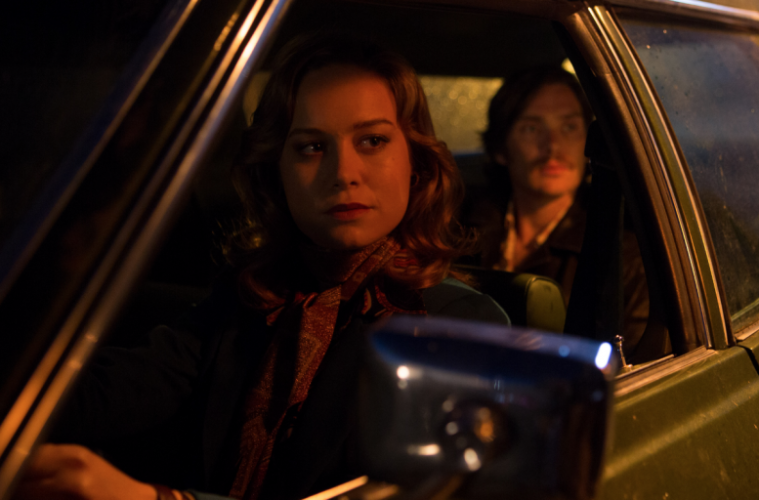 It premiered last fall during Toronto International Film Festival’s Midnight Madness section, but this spring, Ben Wheatley‘s shoot-em-up Free Fire will finally unload into theaters. In between its U.S. release in mid-April, the Martin Scorsese-produced actioner hit the U.K. in March and Japan in late April, and now a pair of new trailers have arrived for both. While each are brief, the one from Japan makes it appear as wild as the latest Sion Sono feature, so consider us sold. If one wants more of a taste, a variety of posters — including the snap of a new Mondo print from Rook Films — have all debuted ahead of the film’s U.S. premiere at SXSW today.

We said in our review, “TIFF’s Colin Geddes was correct when introducing Ben Wheatley’s bottle episode of a film Free Fire with the words: “This will wake you up.” The gunfire alone risks perforating your eardrums as John Denver blares from a 1978-era van’s eight-track, but I think it’s the surprising wealth of comedy that ultimately gets the blood pumping and synapses triggering. Wheatley and wife/writer Amy Jump’s latest isn’t for everyone — fair warning to Hardcore Henry detractors, Sharlto Copley refuses to quit his shtick — but those willing to break free from a desire for plot complexity will undoubtedly be entertained. This is low-brow Reservoir Dogs, extreme genre action meant to energize you with an insane cast of characters hell-bent on killing each other on principle. Although that briefcase of money is appealing too.”

Check out the new trailers below, along with a batch of new posters, for the film starring Brie Larson, Cillian Murphy, Armie Hammer, Sam Riley, and Sharlto Copley.

Bold, breathless and wickedly fun, Free Fire is an electrifying comedy-thriller about an arms deal that goes spectacularly and explosively wrong. Acclaimed filmmaker Ben Wheatley (Kill List, High Rise) propels the audience head-on into quite possibly the most epic shootout ever seen on film as he crafts a spectacular parody—and biting critique—of the insanity of gun violence. Everyone’s got a gun, and absolutely no one is in control.

Set in a colorful yet gritty 1970s Boston, Free Fire opens with Justine (Oscar® winner Brie Larson), a mysterious American businesswoman, and her wise-cracking associate Ord (Armie Hammer) arranging a black-market weapons deal in a deserted warehouse between IRA arms buyer Chris (Cillian Murphy) and shifty South African gun runner Vernon (Sharlto Copley). What starts as a polite if uneasy exchange soon goes south when tensions escalate and shots are fired, quickly leading to a full-on Battle Royale where it’s every man (and woman) for themselves.