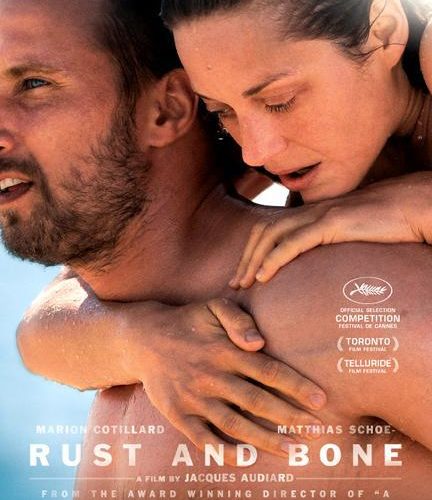 Lions, Cars and Romance Galore In New Posters For ‘Gambit,’ ‘Holy Motors’ and ‘Rust and Bone’

How about a Thursday poster round-up? Today, we bring you two from the Coen Brothers-scripted Gambit, one from Leo Carnax‘s Holy Motors, and one from Jacques Audiard‘s Rust and Bone. Read on below.

Though we haven’t seen too much from the new remake of the 1966 classic caper starring Michael Caine, Gambit‘s Colin Firth and Alan Rickman are looking bold and British with Rickman standing tall next to a…lion? Hopefully, a trailer will follow soon and give us a bit of a sneak peek at this potential hair-raising twist. It’s also great that the Coens are getting more notoriety on this poster than director Michael Hoffman. Gambit also stars Cameron Diaz, Stanley Tucci, Tom Courtenay and Cloris Leachman and is set to debut winter next year. Check out the posters below from Orange (via The Playlist), as well as a brief few seconds of footage released awhile back. After opening to huge critical acclaim (including our own) at Cannes this year, the crew behind Holy Motors have released a beautiful new poster depicting what looks to be just a few of the parallel lives star Denis Lavant is said to be wandering in between throughout the film. I’m still not completely sure what the film is all about but based on this gorgeous poster and the first trailer, I think I’m ready to reserve my ticket right here and now. Holy Motors stars Lavant, Edith Scob, Kylie Minogue and Eva Mendes and arrives in October in the US. [Empire] Finally, fresh off the film’s Facebook page comes the English-language poster for Marion Cotillard’s new film, Rust and Bone. The poster the same designed used for the European release sans awesome font text (including a few words seemingly cut off) but we’ll take what we can get. Another Cannes favorite this year, the film stars Cotillard and Matthias Schoenaerts in the tale of a romance between a jobless 25-year-old man and a killer whale trainer. Though we were a little mixed on it here at TFS, you can make up your mind about Rust and Bone when it hits theaters November 16th.